A Tropical Storm Watch was issued yesterday for Hawaii County, Hawaii, as Tropical Storm "Ana" continues on its path toward the islands. Heavy rainfall is expected to reach the Big Island on Friday, October 17, 2014 causing life-threatening flash floods and mud slides.

Ana is forecast to move to the west-northwest and strengthen into a hurricane, approaching the Big Island by Saturday, October 18 and then tracking parallel to the islands over the two days following.

Tropical storm force winds extended outward up to 95 km (60 miles) from the center.

Large swells produced by Ana are expected to build over the eastern end of the main Hawaiian island chain through Friday morning. These large swells will continue to spread up the island chain through the weekend. Surf produced by these swells could potentially be damaging along exposed south and southeast shorelines beginning late Friday and Saturday, and persisting through the weekend in some areas.

Heavy rainfall associated with Ana may reach the Big Island of Hawaii Friday afternoon, with total rain accumulations between 15 and 30 cm (6 – 12 inches) expected. Heavy rain could potentially affect the other islands Saturday and Sunday. This rainfall could cause life-threatening flash floods and mud slides. 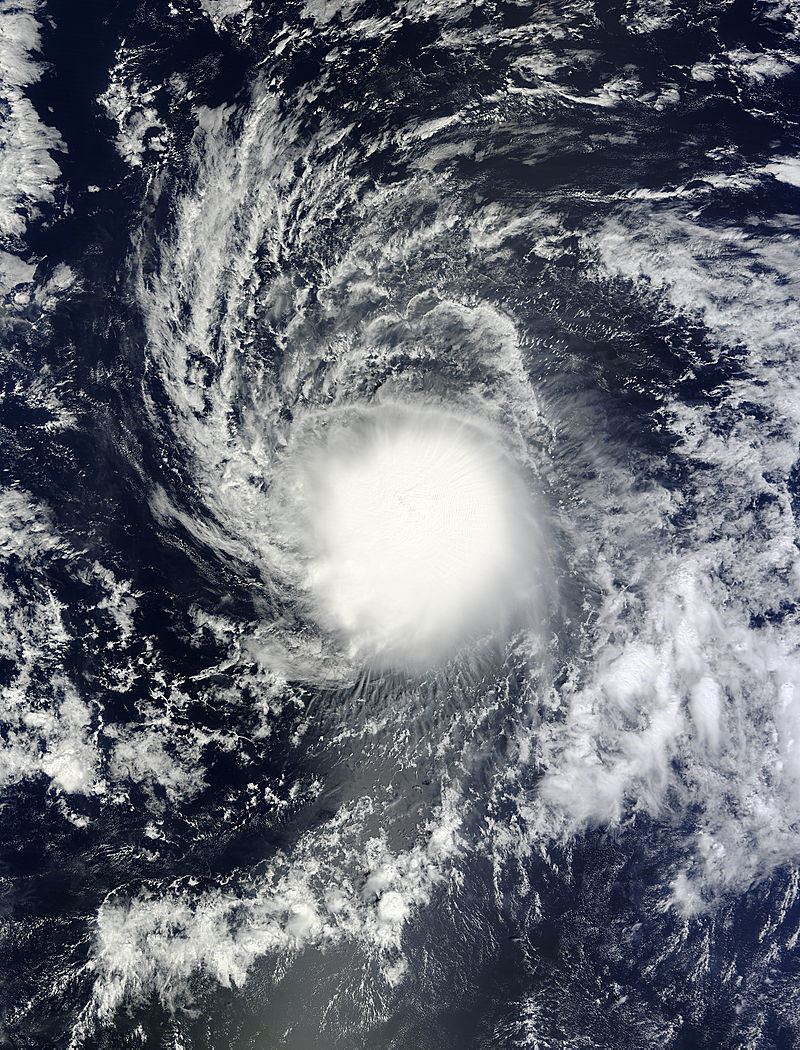