Douglas approached Hawaii with maximum sustained winds of 150 km/h (90 mph) and minimum central pressure of 987 hPa. Hurricane-force winds extended outward up to 45 km (30 miles) from its center and tropical-storm-force up to 165 km (105 miles).

"It just scraped the islands of Hawaii, they are so lucky they didn't get the worst of the rain and the wind and the storm surge," said Fox News senior meteorologist, Janice Dean.

Governor David Ige told Honolulu Star that they were "fortunate in that we did not have major flooding or major dislocations," adding that he was generally pleased with how the state responded to the storm's threats.

Residents prepared for the risks of damaging wind, rain, and high surf following warnings by the state and county officials. A siren alerted citizens of Oahu as the hurricane went near the isle. 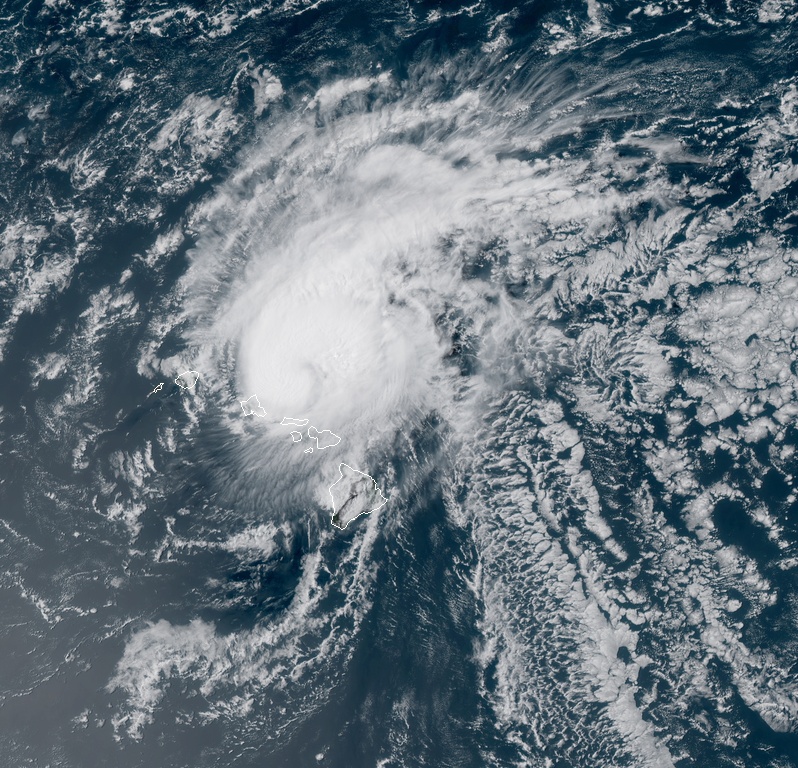 "I do think people responded and were prepared," Ige remarked. "I saw a lot of people taking the appropriate preparations."

Hurricane #Douglas came this close to slamming into Hawaii

40 miles made all the difference pic.twitter.com/tutuQuQp8l

A radar view of Hurricane Douglas tracking just north of Hawaii during this past weekend. Thanks to @BMcNoldy for creating these radar animations. pic.twitter.com/wMwXWZnnnr

The agency warned of "residual swell energy from Hurricane Douglas, combined with strengthening trade winds," which is expected to maintain elevated, rough surf along east facing shores of the said islands.

As Douglas leaves the north Hawaii area, trade winds are forecast to return and gradually strengthen through Monday. The winds are being supplied by a broad surface high located far north of the area.

At around 15:00 UTC (05:00 LT) on Monday, the center of Douglas was located 149 km (90 miles) northwest of Lihue, moving west-northwest near 27 km/h (17 mph), and this general motion will continue for the next couple of days with a slight turn toward the west. 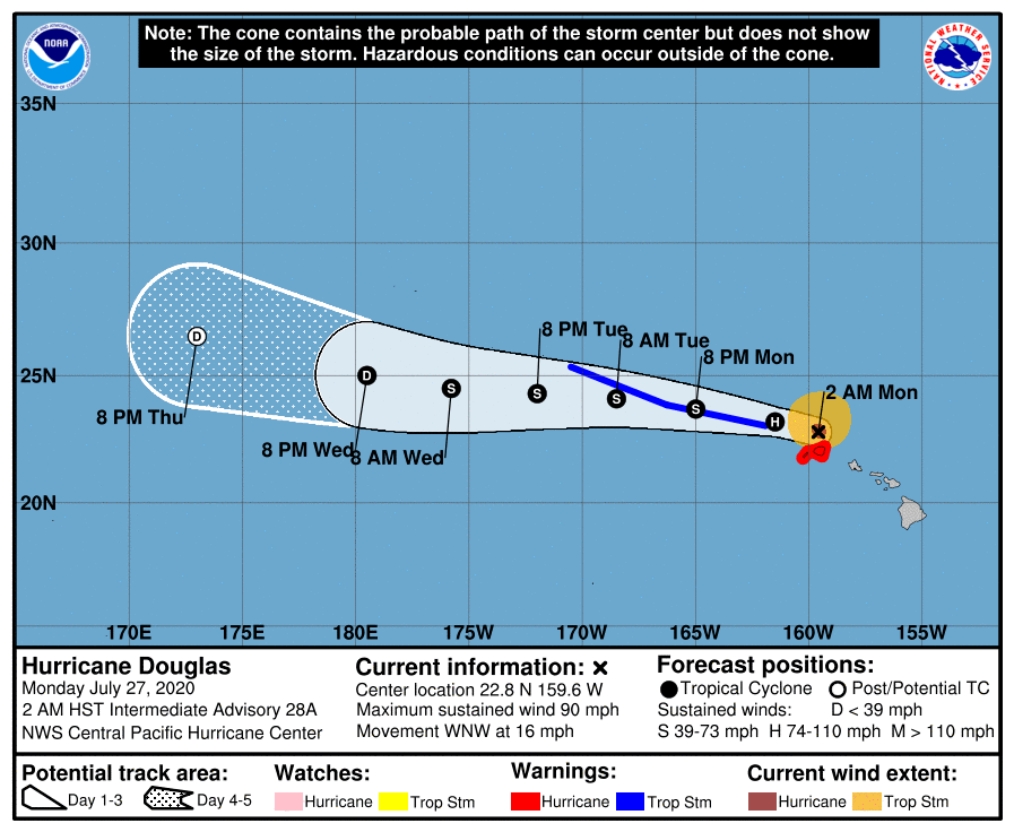