The earthquake was centered about 27 km (17 miles) south-southeast of Nāʻālehu at a depth of 35 km (22 miles). 10 aftershocks, including M4.3, were registered to 04:43 UTC on October 11 and other aftershocks are possible and could be felt.

According to the Pacific Tsunami Warning Center, there was no tsunami threat from this earthquake. 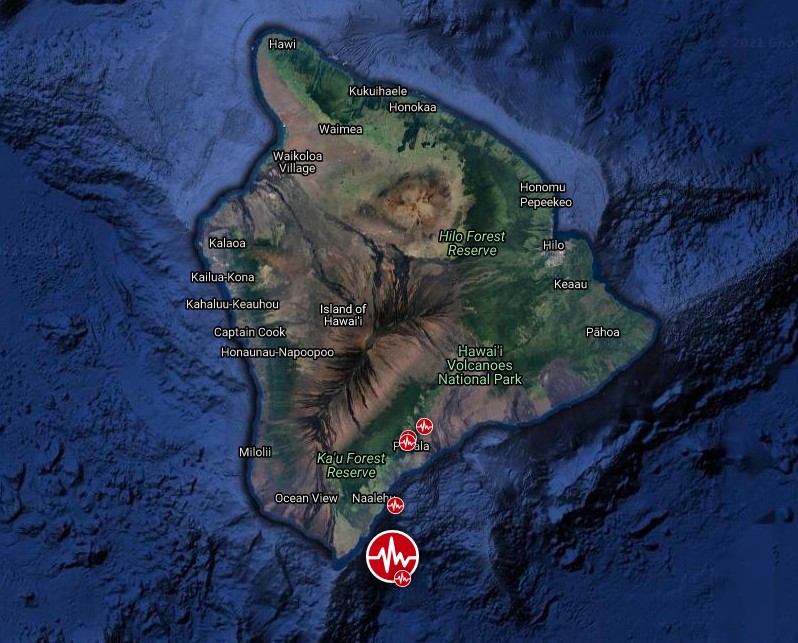 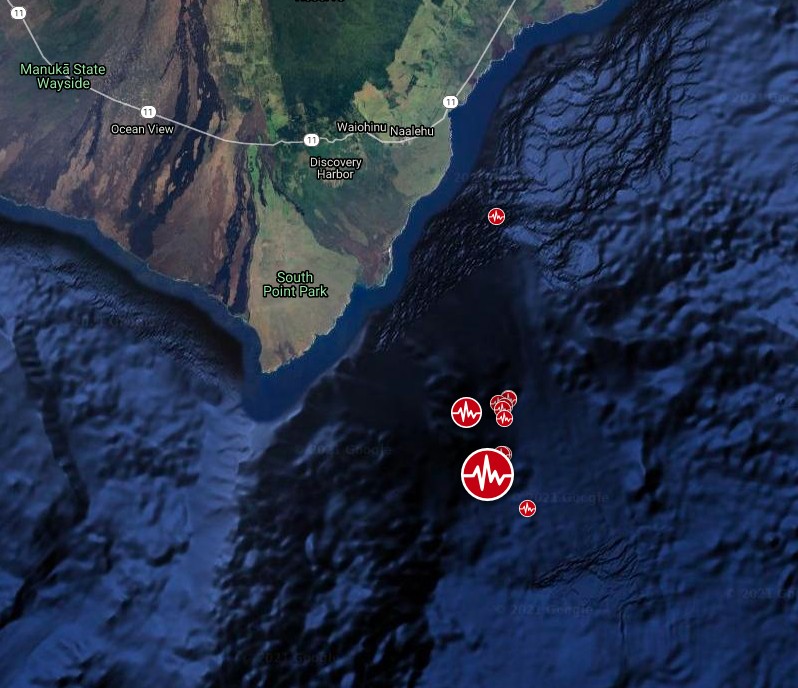 Strong shaking, with a maximum Intensity of VI, has been reported across the Island of Hawai‘i, and throughout the Hawaiian Islands. At that intensity, very slight damage to buildings or structures may have occurred.

The depth, location, and recorded seismic waves of the earthquake suggest a source due to bending of the oceanic plate from the weight of the Hawaiian island chain, a common source for earthquakes in this area, the Hawaiian Volcano Observatory (HVO) said.

According to HVO Scientist-in-Charge, Ken Hon, the earthquake had no observable impact on Mauna Loa and Kīlauea volcanoes.

"Webcams and other data streams show no impact on the ongoing eruption at Kīlauea except for a few minor rockfalls reported within Halemaʻumaʻu crater. Please be aware that other aftershocks are possible and may be felt. HVO continues to monitor Hawaiian volcanoes for any changes. The Alert Levels/Color Codes remain at WATCH/ORANGE for Kīlauea and ADVISORY/YELLOW for Mauna Loa at this time."

All Hawaiʻi Island airports (KOA, MUE, UPP, and ITO) are open, the Hawaiʻi Department of Transportation said. "Staff are conducting inspections of runways and taxiways per established procedures."

​No damage to commercial harbors in Hilo and Kawaihae.

HDOT Highways will be inspecting Hakalau and Kolekole Bridges.