A new eruption began at Kilauea volcano's Halema‘uma‘u crater at approximately 01:20 UTC on September 30, 2021 (15:20 HST, September 29). As a result, the USGS Hawaiian Volcano Observatory (HVO) raised the Volcano Alert Level for ground-based hazards from ADVISORY to WARNING and the Aviation Color Code from YELLOW to RED.

A swarm of earthquakes began beneath the south part of Kilauea caldera, Hawaii on August 24, 2021, with a particularly strong sequence that occurred at about 11:30 UTC.1

Increased earthquake activity and changes in the patterns of ground deformation at Kilauea's summit began again at approximately 22:00 UTC on September 29, indicating movement of magma in the subsurface.

At approximately 01:20 UTC on September 30, HVO detected a glow in Kīlauea summit webcam images indicating that an eruption has commenced within Halemaʻumaʻu crater.2 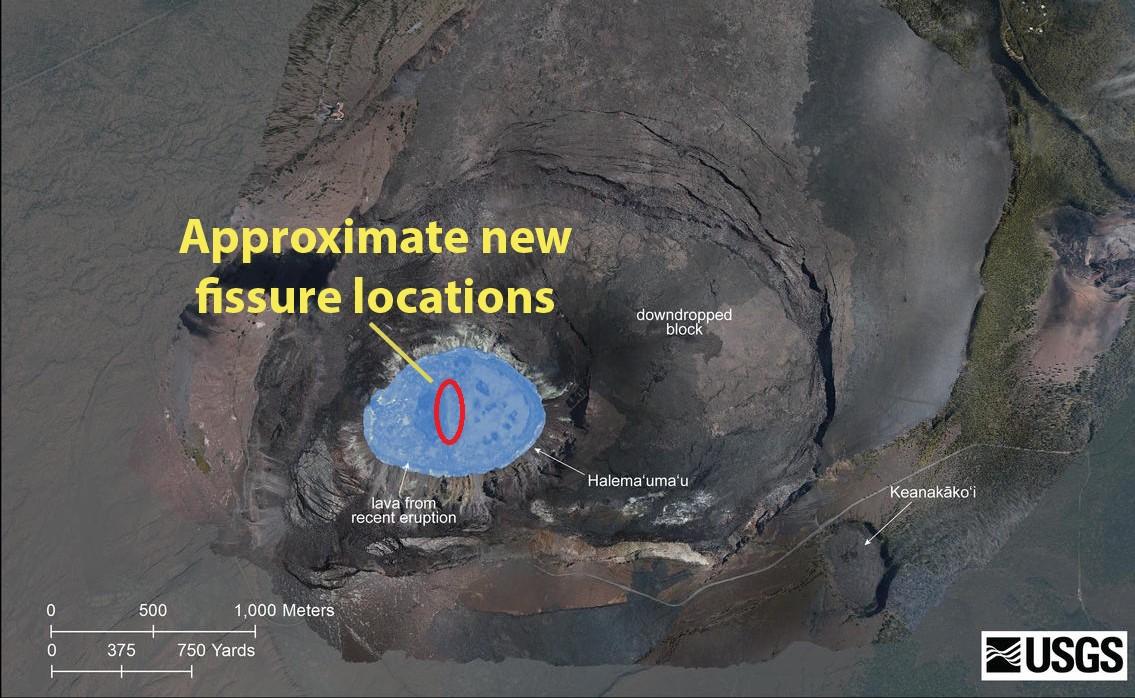 Webcam imagery shows fissures at the base of Halemaʻumaʻu crater generating lava flows on the surface of the lava lake that was active until May 2021.

The activity is confined to Halemaʻumaʻu and the hazards will be reassessed as the eruption progresses.

The opening phases of eruptions are dynamic and uncertain, HVO said, adding that it continues to monitor the volcano closely and will report any significant changes. 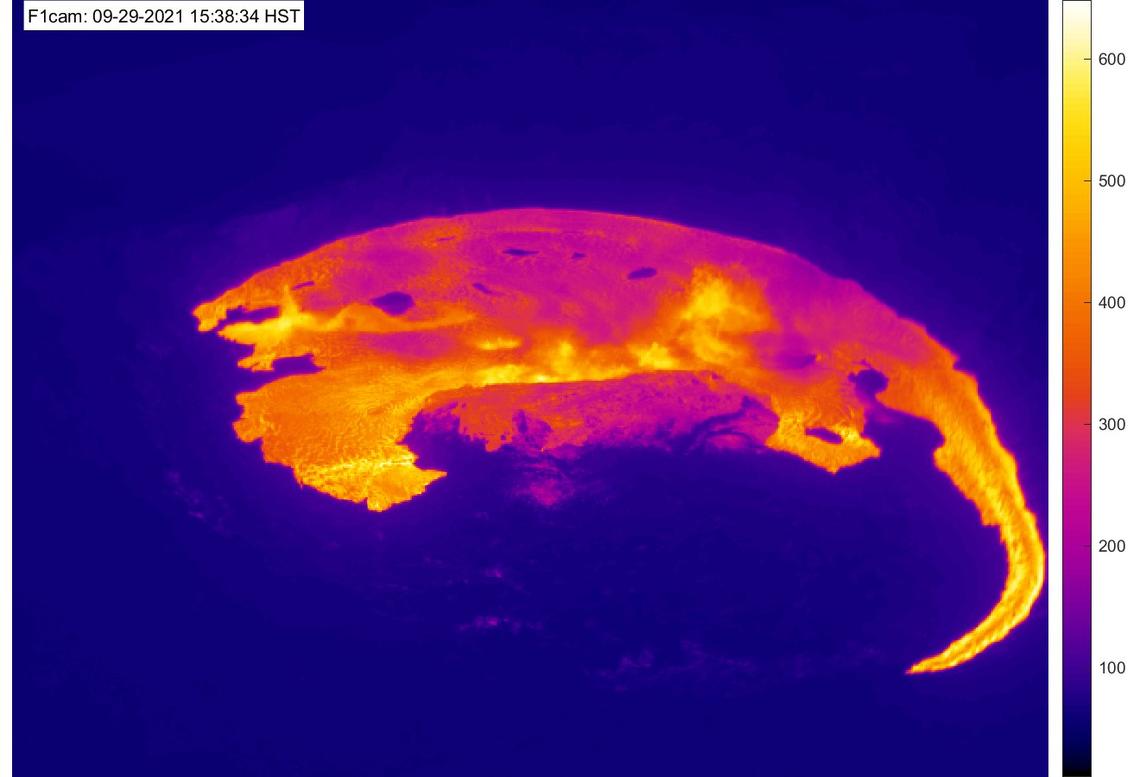 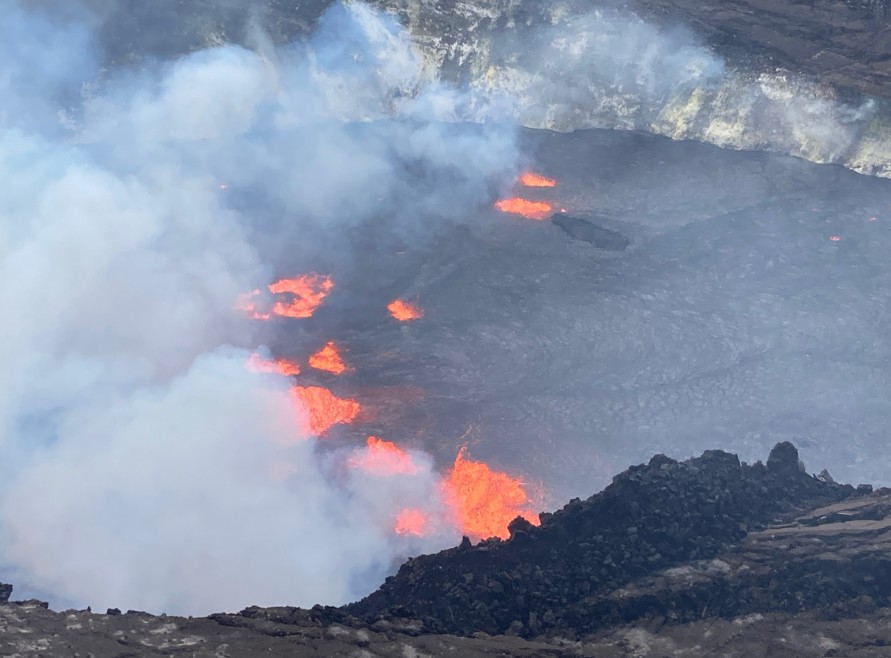 This new eruption at Kīlauea’s summit is occurring within a closed area of Hawai'i Volcanoes National Park, HVO said.2

Therefore, high levels of volcanic gas are the primary hazard of concern, as this hazard can have far-reaching effects downwind. Large amounts of volcanic gas – primarily water vapor (H2O), carbon dioxide (CO2), and sulfur dioxide (SO2) – are continuously released during eruptions at Kīlauea.

As SO2 is released from the summit, it will react in the atmosphere to create the visible haze known as vog (volcanic smog) that has been observed downwind of Kīlauea.

Vog creates the potential for airborne health hazards to residents and visitors, damages agricultural crops and other plants, and affects livestock.

Additional hazards include Pele's hair and other lightweight volcanic glass fragments from the lava fountains that will fall downwind of the fissure vents and dust the ground within a few hundred meters of the vent(s). Strong winds may waft lighter particles to greater distances. Residents should minimize exposure to these volcanic particles, which can cause skin and eye irritation.

A long-term eruption from the East rift zone that began in 1983 has produced lava flows covering more than 100 km2 (37 mi2), destroying nearly 200 houses and adding new coastline to the island.3