Hurricane "Gonzalo" has become the second major hurricane of the 2014 Atlantic season, after Hurricane "Edouard". Gonzalo is currently moving away from the Virgin Islands and northern Leeward Islands, and targets Bermuda later this week. It has good chance to become the Atlantic's first Category 4 hurricane in the last three years (since Hurricane "Ophelia" in October 2011). 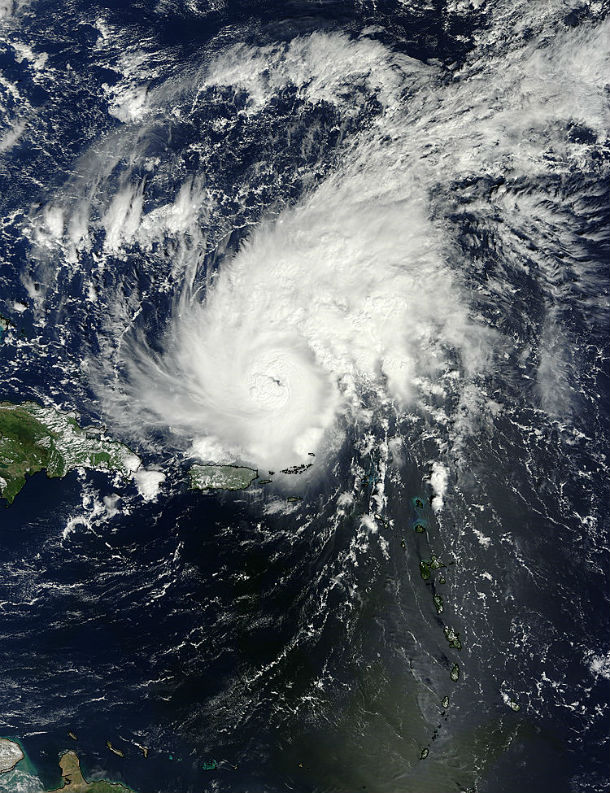 Gonzalo is the seventh named storm of the 2014 Atlantic hurricane season, formed as a tropical storm early on October 12. It reached hurricane status late on October 13. Gonzalo hit the northern Lesser Antilles with tropical-storm force winds on October 13, 2014, bringing torrential rain and damaging winds. Maximum sustained winds up to 108 km/h (67 mph), with gusts up to 142 km/h (88 mph), were measured at V. C. Bird International Airport on Antigua.

According to public advisory issued by US National Hurricane Center at 21:00 UTC on October 14, 2014, Hurricane Gonzalo developed maximum sustained winds of 185 km/h (115 mph) with higher gusts. The system is moving northwestward at speed of 20 km/h (13 mph). Gonzalo is now Category 3 hurricane and more strengthening is expected.

Hurricane force winds extends outward up to 35 km (25 miles) from the center, with the estimated central minimum pressure at 970 mB.

By October 16, Gonzalo is expected to move eastward across the Bahamas and accelerate northeastward on October 17. Bermuda will be on Gonzalo's direct path late on October 17, with sustained winds of 195 km/h (120 mph) and higher gusts expected. Tropical Storm Fay battered Bermuda with torrential rain and damaging winds of 132 km/h (82 mph) early on October 12. 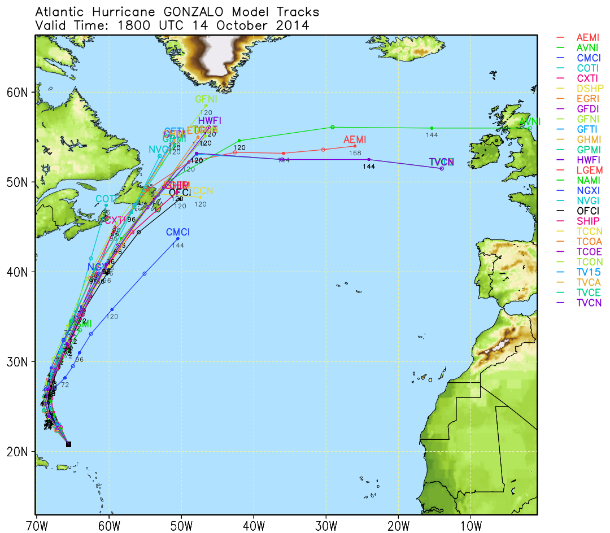 Increasing vertical wind shear and colder Northern Atlantic sea surface temperatures will weaken the system by October 19 when Gonzalo is expected to start an extratropical transition and dissipation.