The deposits are scattered across the Moon’s dark volcanic plains and are characterized by a mixture of smooth, rounded, shallow mounds next to patches of rough, blocky terrain. Because of this combination of textures, the researchers informally call these unusual areas as Irregular Mare Patches or IMPs. 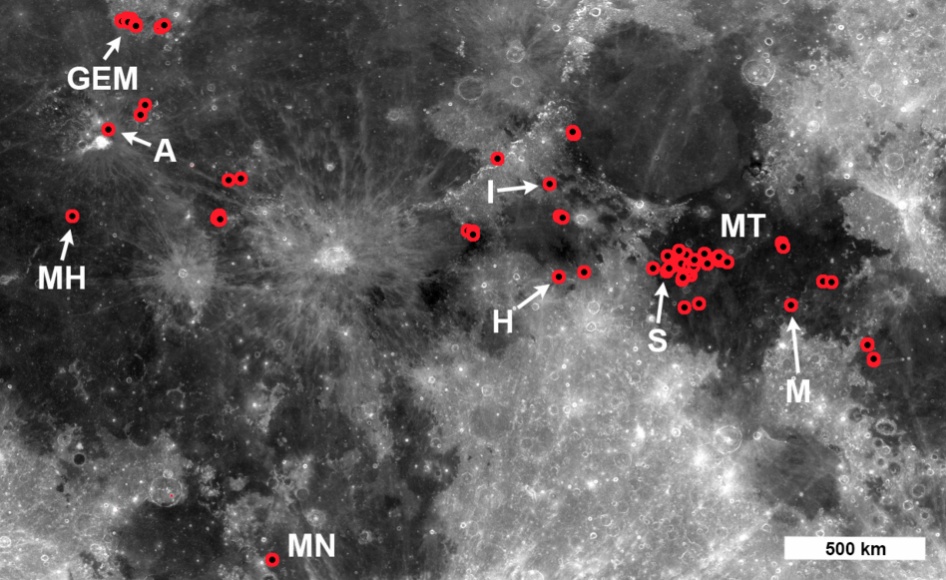 Using images provided by LRO, a group of scientsts led by Sarah Braden presented 70 such topographic anomalies, most of which were previously undocumented. The IMPs are thought to be remnants of small basaltic eruptions that formed significantly after the commonly accepted end of lunar volcanism (1 to 1.5 billion years ago).

The best-known IMP, called Ina (or Ina-D), was originally spotted in Apollo 15 orbital photography, and was unlike anything else previously discovered on the lunar surface.

Beginning with Apollo era investigations, Ina was interpreted as a collapsed caldera at the summit of a low-shield volcano. Previous interpretations of impact crater densities within and around Ina suggested that this enigmatic landform was much younger than the surrounding mare basalt unit in Lacus Felicitatis (Lake of Happiness). 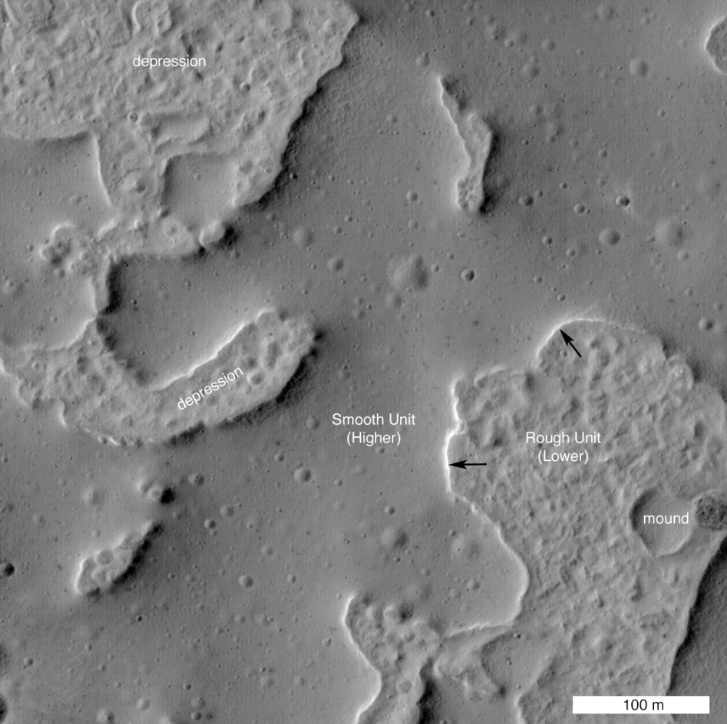 Close up of a small portion (464 meters wide) of the IMP known as Ina. This area is a great example of the difference between the rough and smooth units that make up the IMPs. Be careful that you are seeing the topography correctly; the smooth unit is composed of moundssitting above the rough unit. It is easy to get confused and see inverted topography! The Sun is shining from the East (right), the black arrows show a Sun facing cliff of one of the mounds. Sometimes it helps to rotate the image 180°; to make 'up' appear 'up'. Enjoy! LROC NAC M175246029L. Image credit: NASA/GSFC/Arizona State University.

Analysis of Apollo samples showed that the bulk of lunar volcanism occurred from 3.9 to 3.1 billion years ago, and shut-off sometime around 1 billion years ago but IMPs seemed to have formed significantly after the canonical cessation of lunar mare basalt volcanism indicating the interior of the Moon is perhaps hotter than previously thought.

The young, small-volume extrusions of mare basalt imply a thermal history of the Moon where volcanism did not end abruptly, but rather decreased gradually over time and may still not be done. 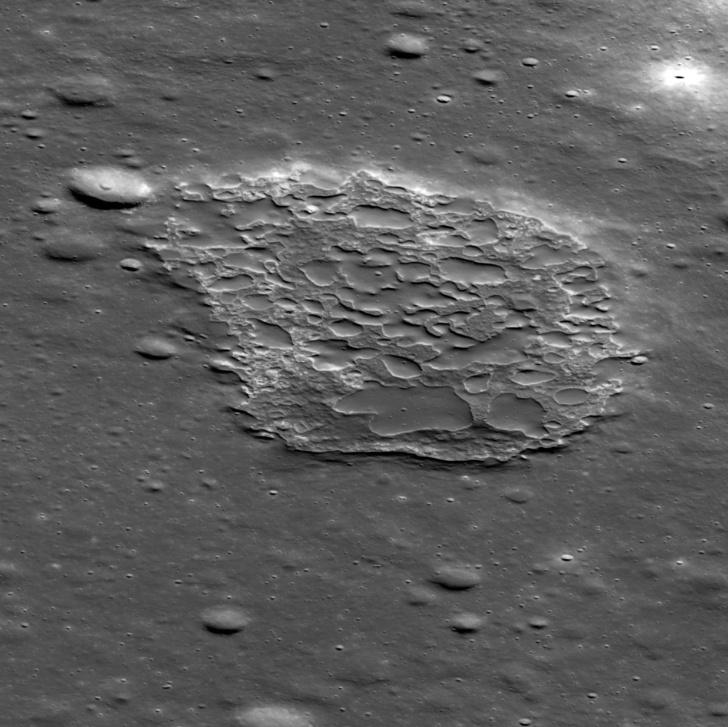 The contrast between the smooth and rough units stands out in this oblique view of Ina. The floor of the depression is about 50 m below the surrounding plains and is about 2 km wide from left-to-right (S to N). View from east-to-west, north is to the right, NAC M1108203502LR. Image credit: NASA/GSFC/Arizona State University.

When astronauts buried thermometers in the regolith during the Apollo 15 and 17 missions they found that the temperatures recorded were a bit higher than models predicted. At the time, scientists proposed that perhaps the two landing sites were in areas with higher heat flow than the average Moon, or perhaps there was an instrumental effect.

The discovery of IMPs and their young age is certainly consistent with the higher temperatures measured by the Apollo crews. 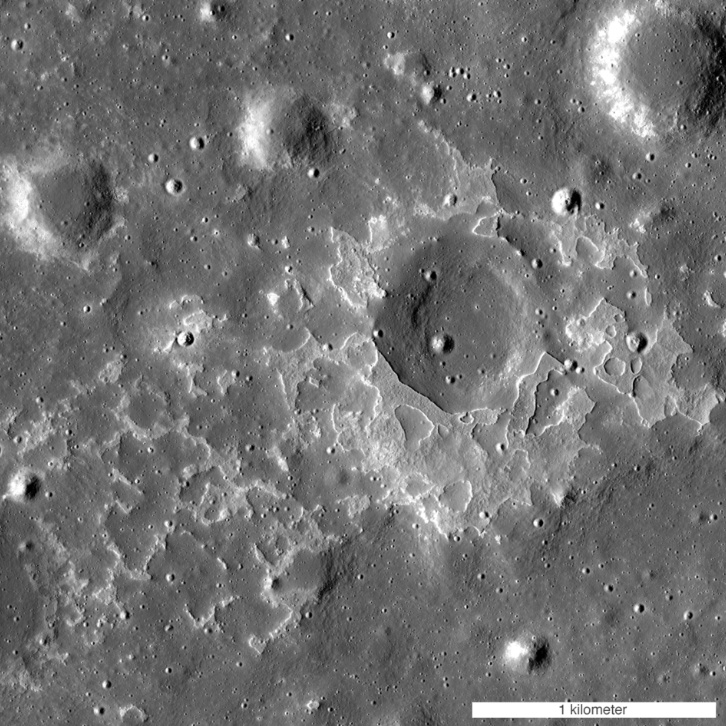 One of many newly-discovered young volcanic deposits on the Moon (4.330°N, 33.750°E), this example is near the crater Maskelyne. The direction of sunlight is from the right and north is up, NAC M1123370138R. Image credit: NASA/GSFC/Arizona State University.