Departing region 2051 produced 2 M-class and several C-class solar flares in last 24 hours. Newly numbered Region 2055 showed minor penumbral development in its trailer portion and should be on the watch.

At 22:09 UTC on May 6 Region 2051 erupted with M1.0 solar flare but, due to its position beyond western limb, the CME it generated is not Earth directed.

At 16:29 UTC today another M-class solar flare peaking as M1.2 was observed from the same region. Again, due to its position, CME is not Earth directed.

Nominal solar wind conditions are expected today. An increase in solar wind speed is expected during May 8 – 9 with the arrival of a recurrent coronal hole high-speed stream (CH HSS).

Geomagnetic field was quiet today and it is expected to remain like that through the rest of the UTC day. An increase to quiet to unsettled levels is expected on May 8 – 9, with a slight chance for active levels (less than G1-Minor), due to the influence of a recurrent CH HSS.

SWPC forecasters estimated 40% chance of M-class, and 10% chance of X-class solar flares in next two days.

Newly numbered active regions 2055 and 2056 are fairly big and both have 'beta' magnetic field. Region 2055 showed minor penumbral development in its trailer portion and should be on the watch.

Other regions are either stable or in a state of gradual decay. 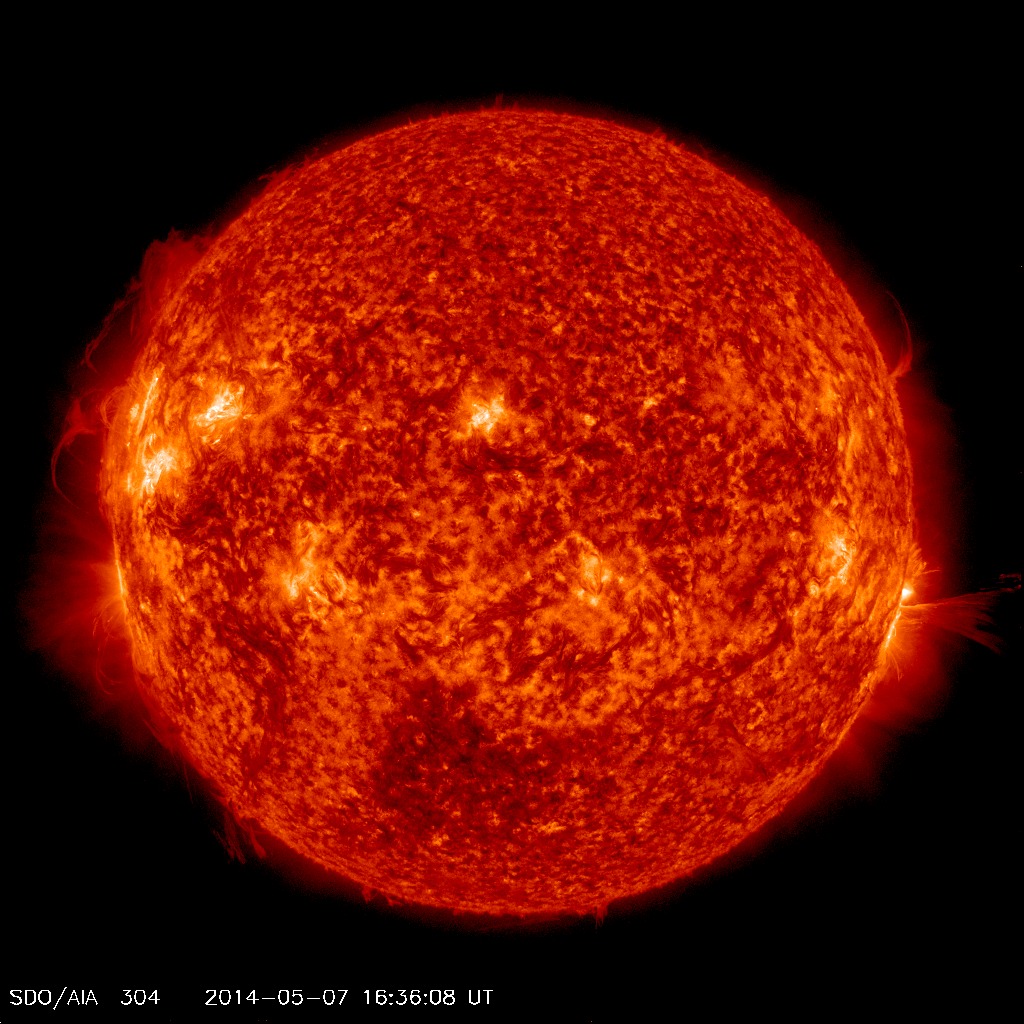 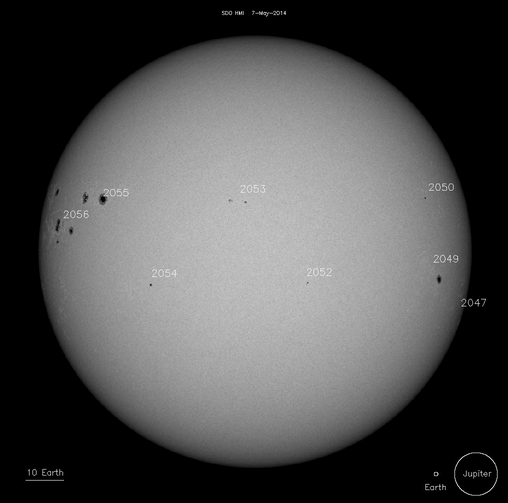