But, at 14:38 UTC today Region 1934 (S15E45, Dac/beta-gamma) located in southeast quadrant erupted with M1.6 solar flare. This region is growing both in size and magnetic complexity and is rotating into more geoeffective position.

Other regions on the visible disk were stable or in decay in last 24 hours (December 22, 12:30 UTC). No Earth-directed coronal mass ejection (CMEs) were observed.

NOAA SWPC forecasters estimated 40% chance for M-class, and 10% chance for X-class solar flares in next 72 hours.

Image below shows positions of sunspots on visible disk on December 21, 2013. 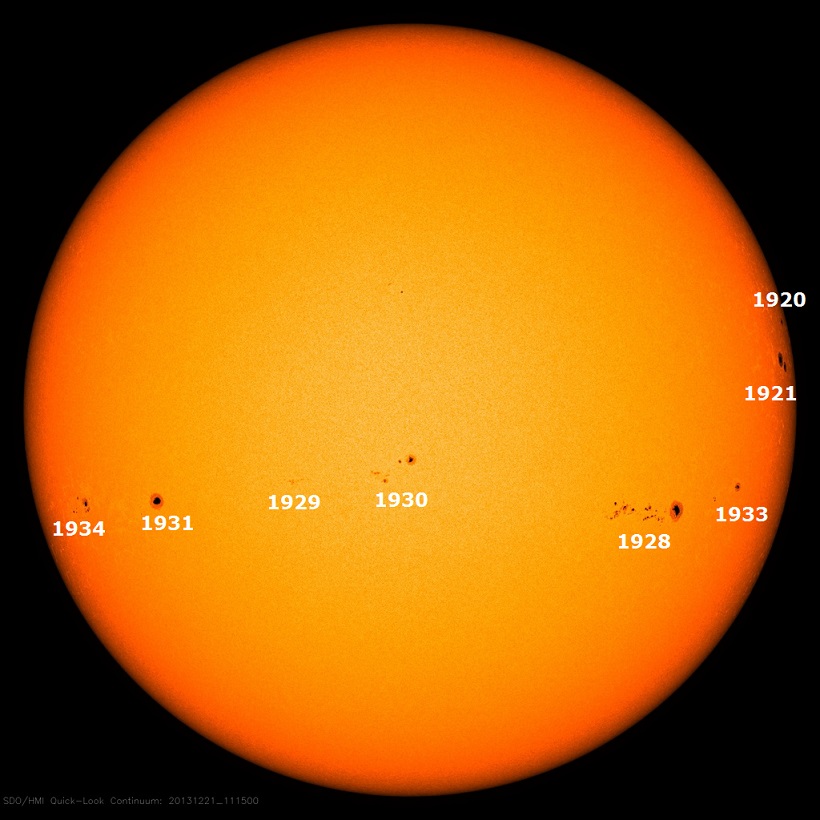 The geomagnetic field was quiet in last 24 hours and it is expected to stay like that in next three days.

Unfortunately, the SDO HMI/AIA data distribution system is undergoing some emergency repairs, and image updates from sdo.gsfc.nasa.gov have been suspended until they are complete.

SDO personnel are diagnosing the problem and it is not clear how long the outage will last. Data from SDO/EVE, including SAM images, will continue to be available during the outage.