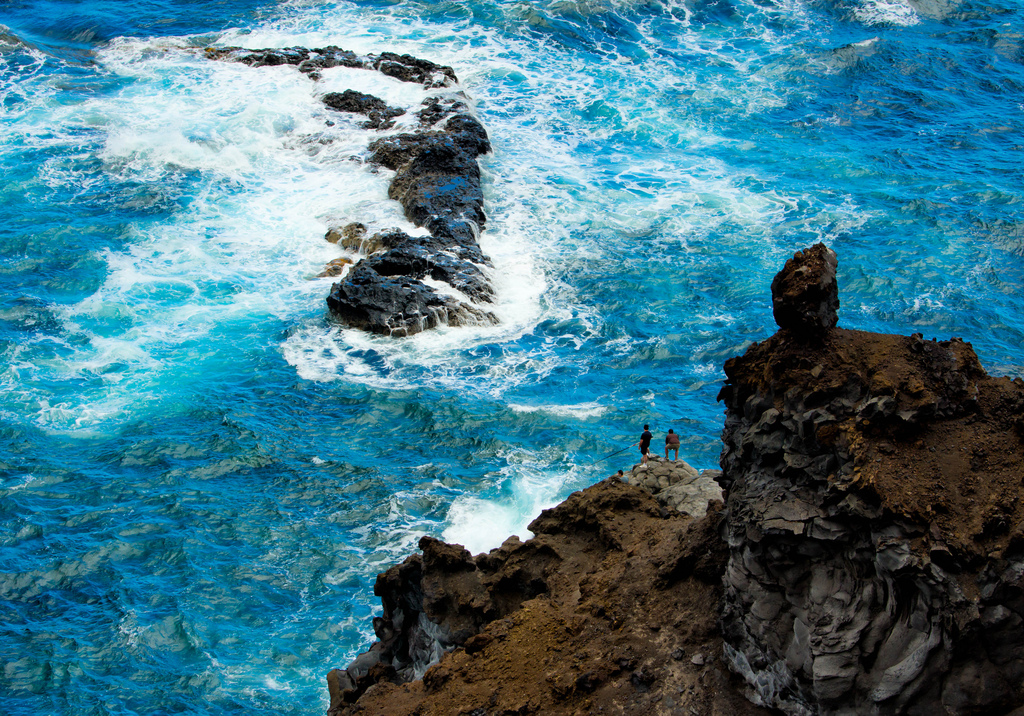 ER is reporting a sudden increase of seismicity at El Hierro, Canary Islands, today. It's too soon to talk about a new crisis, but with five 2+ magnitude earthquakes on 13 earthquakes this looks more than the usual small M1 quakes reported in the recent weeks.

Most epicenters are located in the El Golfo area and some of them may even have been felt by people living in Frontera. The depth is normal for all beginning activity.

As long as the hypocenters (breaking point generating the earthquakes) is not below 10 km, looking for an eruptive episode is not realistic, ER reports. 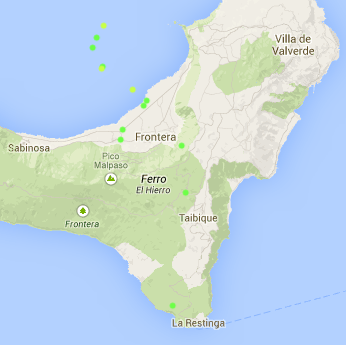 Epicenters of the listed earthquakes as plotted by AVCAN, Canary Islands 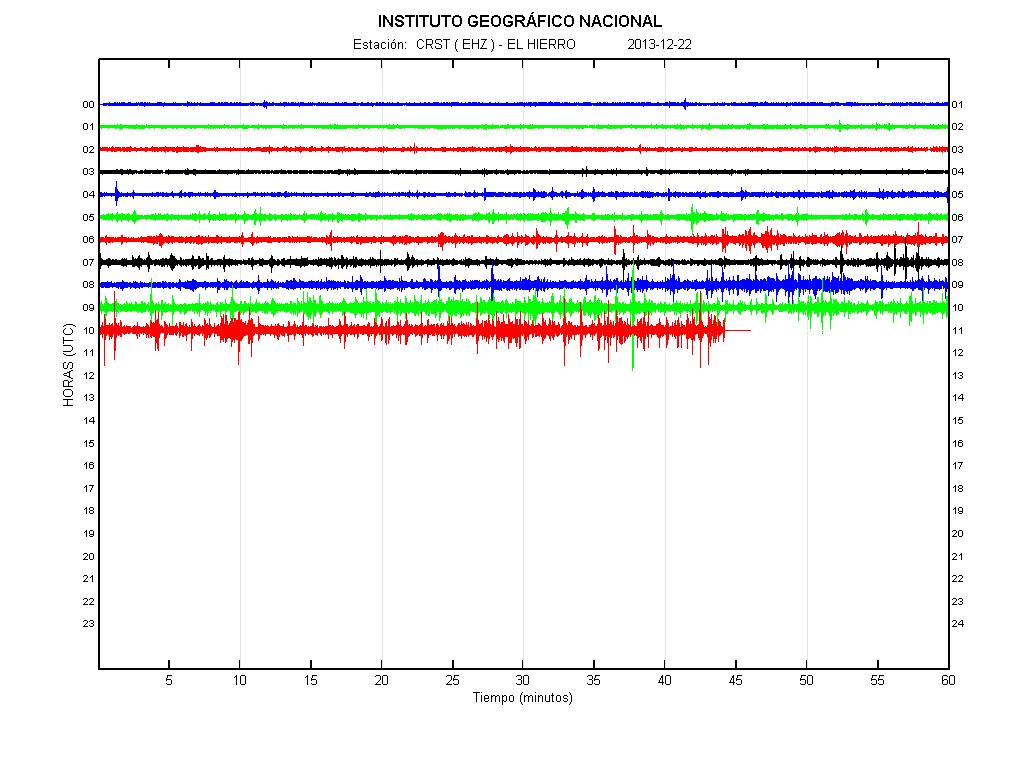 The seismograph screenshot from La Restinga shows the current activity. Apart from the listed earthquakes, we also see a lot of micro-seismicity (mainly by comparing the graphs from the past days). Please note that most of the oscillations are coming from human triggered events  (seismographs are very sensitive). The thicker tremor line started however when seismicity increased.

Our opinion written during the first update this morning became true, a new magma intrusion is occurring below the island. Some people are so excited about the new activity that they are spreading some kind of minor panic. We emphasise that IGN did a great job in following up all other crisis and that they are standby 24 hours a day. The location were they are watching the instruments (Madrid or El Hierro) is totally unimportant at this moment. The earthquakes are still in average in between 13 and 15 km with NO fast progression to a shallower depth. IGN will increase the number of instruments (some were apparently broken after the bad weather) and will certainly be replaced.

We will of course NOT comment on every earthquake BUT we are following up what happens and will report asap when something new and relevant is happening (as you now of course).

– The activity as it started this morning is intensifying. Nobody knows what wille happen the next minute, hour, day or week. It can suddenly stop or it can continue.If it continues we expect even stronger earthquakes than the ones so far, this based on earlier crisis. Good to repeat that only earthquakes (below first 10 km and later 5 km) will throw another light on the current situation.

– 41 earthquakes so far today – IGN reports 4 felt by the islanders but we think there are more felt, but only 4 reported at IGN.

– The epicenters of the last 10 earthquakes are mainly at the eastern part of the island, a totally other section than where earlier activity was noted. This brings a new uncertainty in the field as we do not know the resistance of this part (we know it from other parts).

– The intrusion has calmed down since a couple of hours (see the tremor line below getting thinner, but a new strong quake can change everything again – pressure building up until it breaks). Do not hesitate to comment on the bottom of this page if you are among those following this activity from nearby. Remark : A 0 depth earthquake is (by the way) in 99.9% of the cases an instrument error and not a shallow earthquake.

– Something relaxing for our friends at the US and South-American East coast : We know that a lot of people are fearing a collapse of the island, but what is happening today occurs at the opposite end of the island.