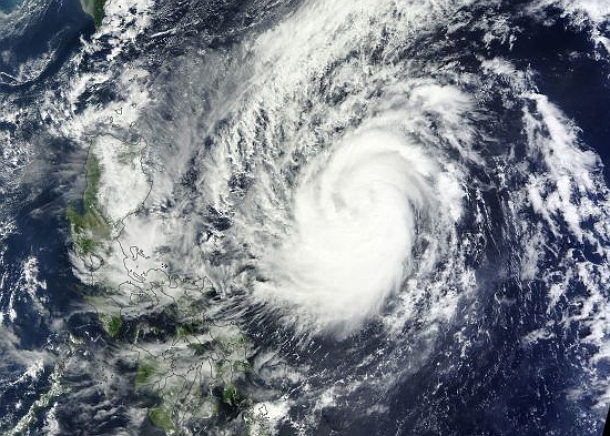 Tropical Depression 29W organized and strengthened into Tropical Storm Krosa (Vinta) in the Philippine Sea late on October 29, 2013. The system will affect the northernmost parts of Luzon, Philippines and move into the South China Sea after. 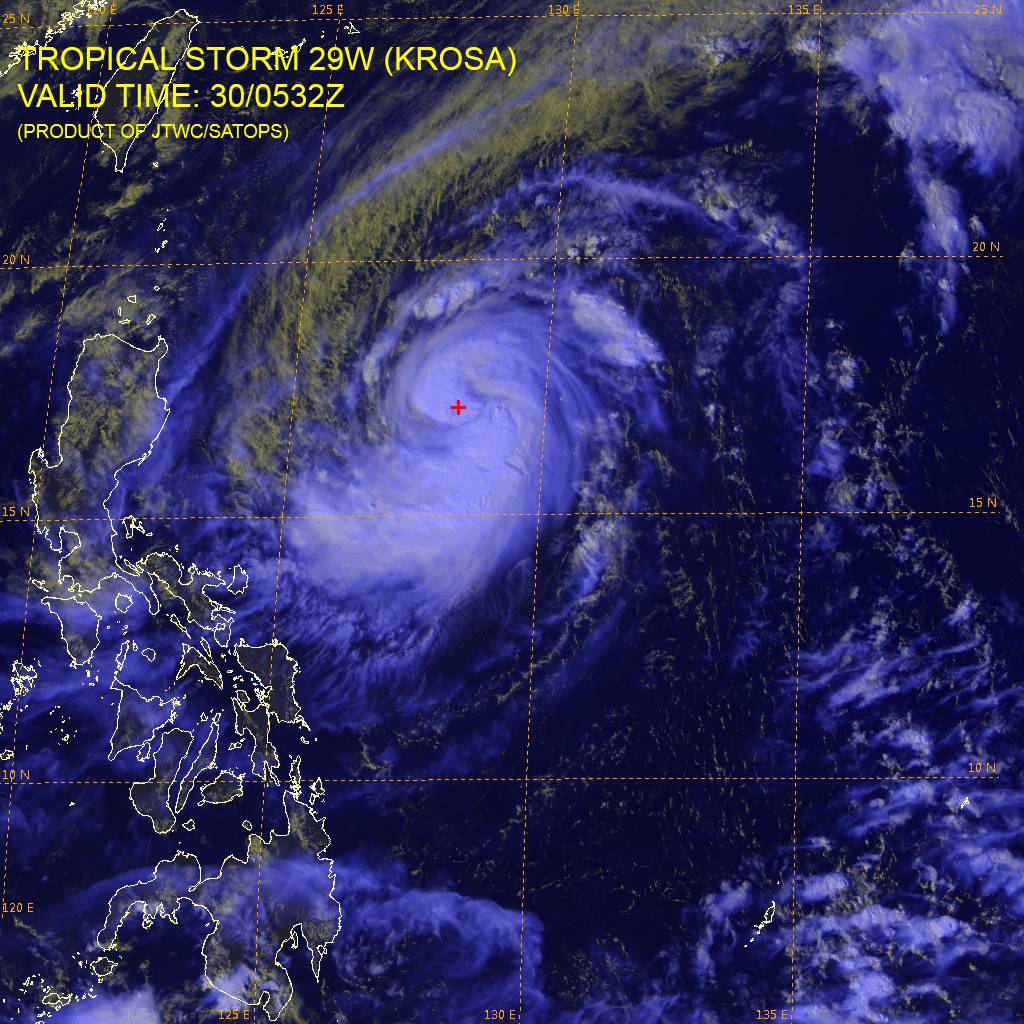 The upper-level environment continues to be favorable for further development with good poleward and equatorward outflow and weak to moderate (10-15 knot) vertical wind shear.

Krosa is forecast to track generally westward and favorable upper level conditions, in addition to perennially warm sea surface temperatures in the Philippine Sea will ensure rapid intensification through the next 24 hours prior to making landfall into Luzon. Once the system emerges in the South China Sea, it will once again begin to re-intensify. The system is then expected to make a slightly west-southwest turn as it drags across Hainan, eventually emerging in the Gulf of Tonkin. Interaction with Hainan's terrain will gradually erode the system.

Although Krosa is not expected to become major typhoon, it will still bring heavy rains capable of producing flash floods and mudslides. PAGASA expects moderate to heavy rainfall amount from 5.0 – 15.0 mm per hour.