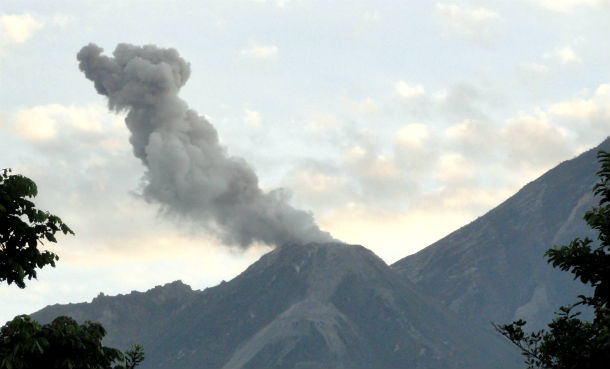 INSIVUMEH reported thirteen explosions being detected on June 17, 2013, at Fuego volcano, Guatemala. The explosions ejected incandescent material up to 125 meters in the air, and weak grey plumes 300 to 500 meters in height were seen above the crater.

These explosions at Fuego also generated rumbling sounds followed with degassing for 1 to 4 minutes, and then weak avalanches formed at the crater rim. Fuego continues to generate a lava flow from the crater towards Ash Canyon, approximately 300 meters in length. Weak avalanches are formed from the top of the volcano. 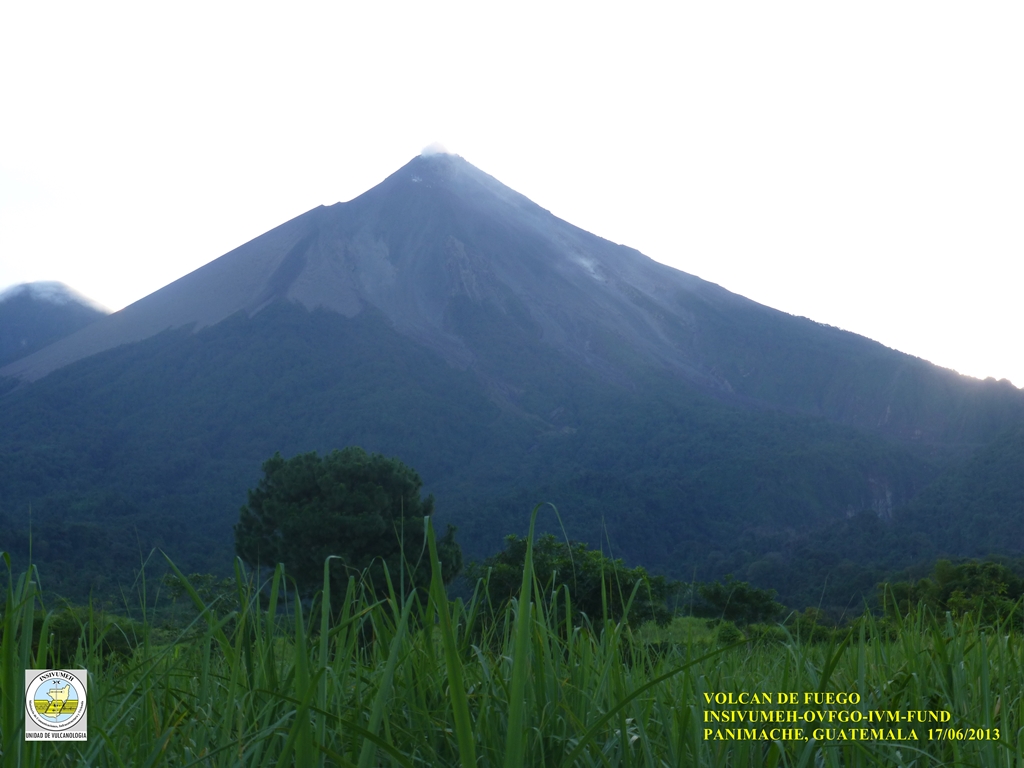 Degassing on June 17, 2013 generated a 2,800 m high column above the crater, moving east at Santiaguito volcano, Guatemala. Blue smoke emission dispersed to the southwest of the volcano and few weak avalanches formed in the southern lava flow. 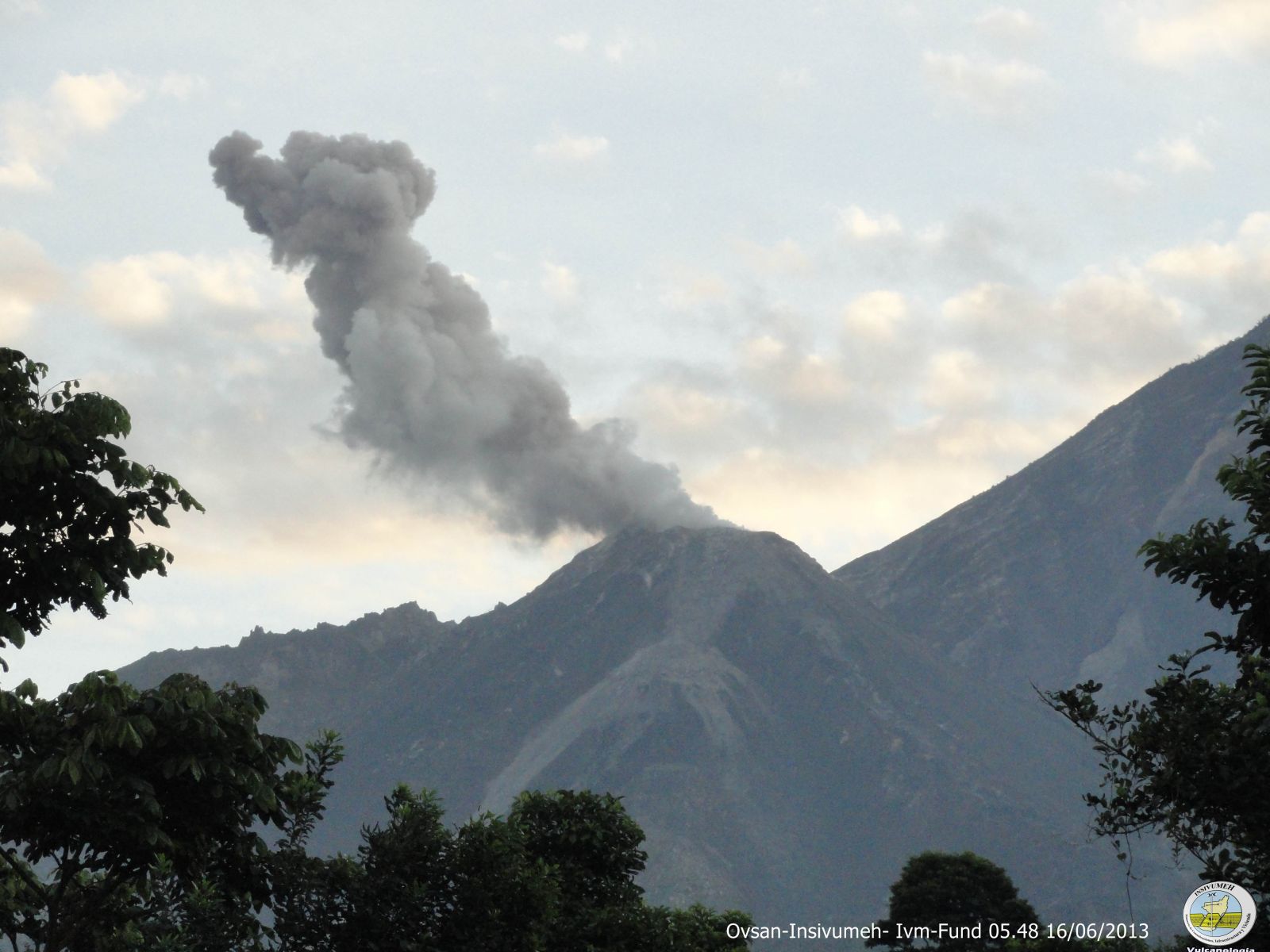 According to INSIVUMEH, no direct observations were reported, and no sound of explosions or falling material were heard, on June 17, 2013 at Pacaya volcano, Guatemala. However, seismic activity at the volcano increased significantly, possibly indicating stronger activity soon.

INSIVUMEH recommends The Department of civil aviation to take precautions to air navigation because of the possible presence of ash in the vicinity of the volcanoes Fuego and Santiaguito. Also, CONRED is adviced to be aware of Santiaguito and Fuego activity, especially regarding precipitation levels due to the possibility of generating lahars.