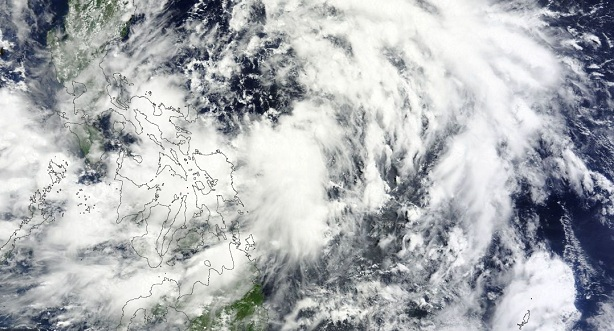 According to the latest report by Joint Typhoon Warning Center (JTWC), TD 04W is located approximately 329 nm eastward of Manila, Philippines. The system is moving north-northeastward at speed of 7 knots. Maximum sustained winds are reaching 35 knots with gusts up to 45 knots. 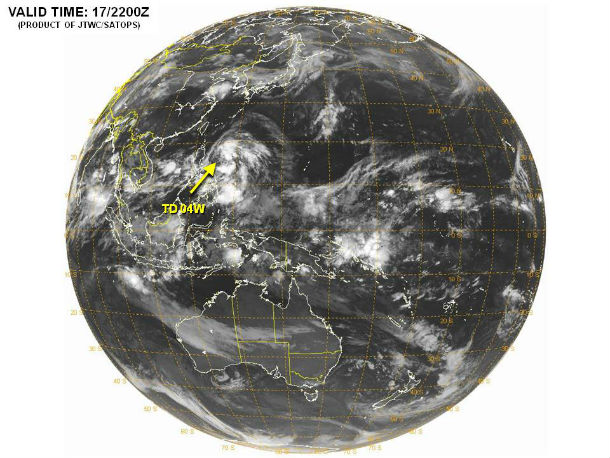 NASA's Aqua satellite captured a visible image of the developing low pressure area as it passed overhead in space on June 17, 2013. Satellite imagery showed strong bands of thunderstorms over the northern and southern quadrants of the storm. The low-level center of circulation appears to be consolidating, and the banding of thunderstorms around it have improved. 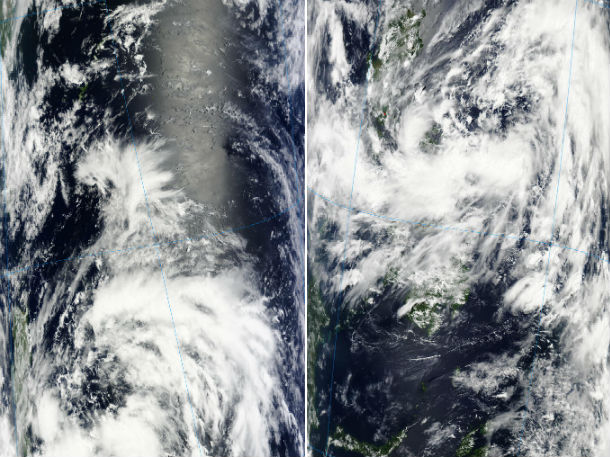 Animated infrared satellite imagery depicts a broad, ill-defined low-level circulation center with broken, yet deepening convection in the outer peripheries that has been slowly consolidating over the past 24 hours. Upper-level analysis reveals an overall favorable environment as low to moderate (10-15 knots) vertical wind shear is accompanied by strong poleward and equatorward outflow. Sea surface temperatures in the region are additionally favorable at 28-30 degrees Celsius. TD 04w is currently tracking generally north on the western edge of a deep- layered subtropical steering ridge that is located east of the system. 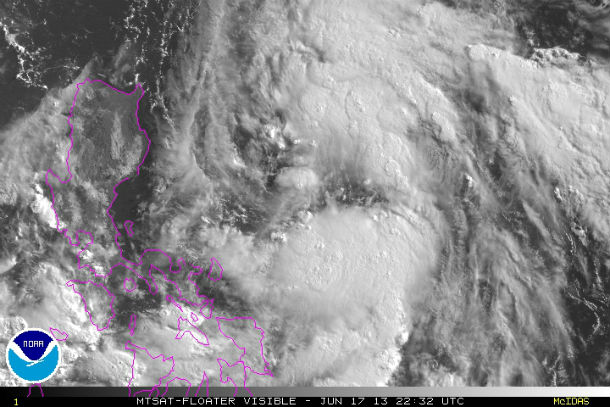 According to PAGASA, Emong has maintained its strength while moving in a north northwest direction. The system will enhance the Southwest Monsoon which will bring moderate to occasionally heavy rains and thunderstorms over Southern Luzon, Visayas and Mindanao. TD Emong is likely to intensify within the next 24 to 48 hours. 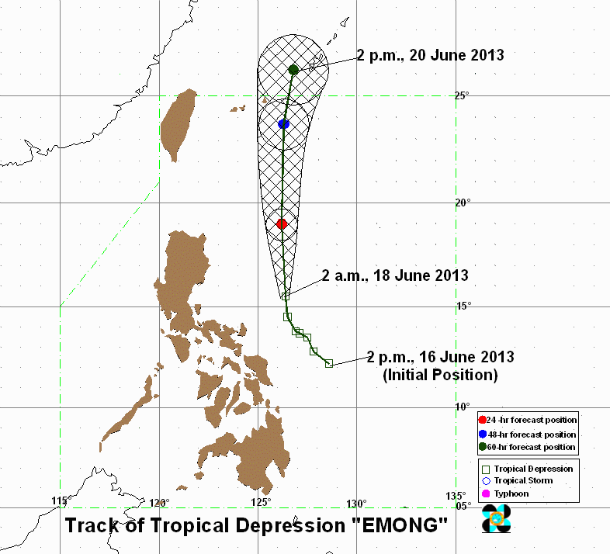 Computer models indicate that it will continue tracking northward and parallel the coast of the Philippines over the next couple of days and residents along the coast can expect rough seas, gusty winds and rain as the low pressure area moves north. 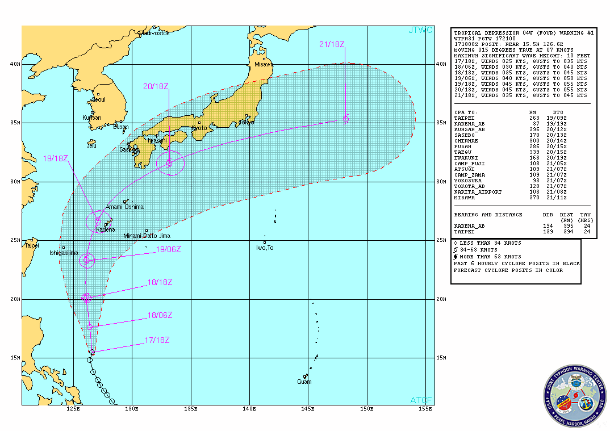