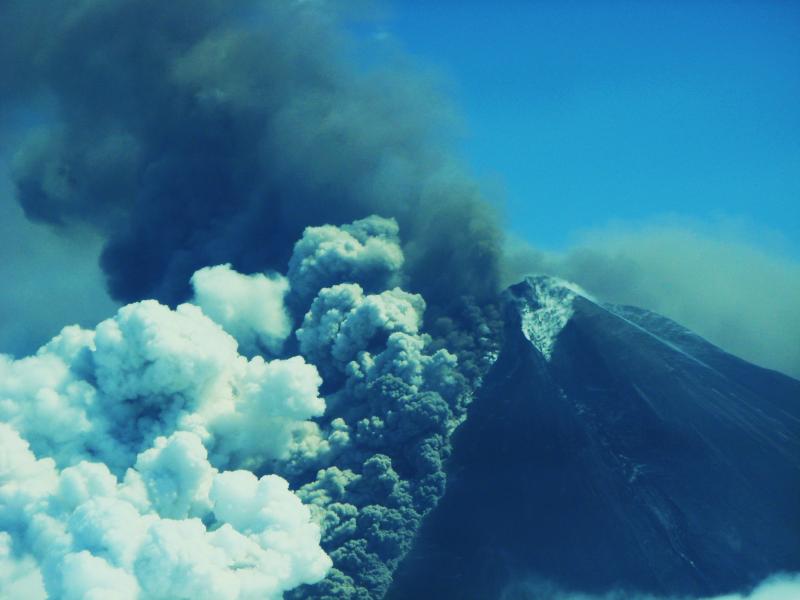 According to AVO (Alaska Volcano Observatory) Pavlof volcano continues to erupt. Lava fountaining at the summit has been observed and photographed, and a continuous ash, steam, and gas cloud generated by the activity extends downwind from the volcano for 50 to 100 km at an altitude of about 6 km (20,000 ft) above sea level. 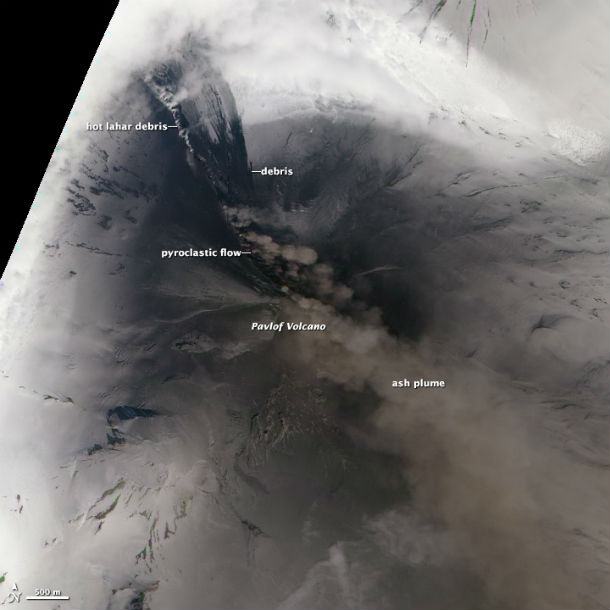 This natural-color satellite image, collected by the Advanced Land Imager (ALI) on the Earth Observing-1 (EO-1) satellite, shows Pavlof on May 16, 2013. A brown ash plume blew from the summit towards the southeast, and gray ash from earlier explosions covered the snow on the volcano’s upper slopes. To the northeast, additional ash rose from an ongoing lava flow. (NASA Earth Observatory image by Jesse Allen and Robert Simmon, using EO-1 ALI data from the NASA EO-1 team. Caption by Robert Simmon, with input from Erik Klemetti (Denison University) and Dave Mayer (Clark University))

On the morning of Thursday, May 16, 2013 the cloud was carried to the southeast, AVO reports. Satellite images show persistent elevated surface temperatures at the summit and on the northwest flank, commensurate with the summit lava fountaining and resulting lava flow. 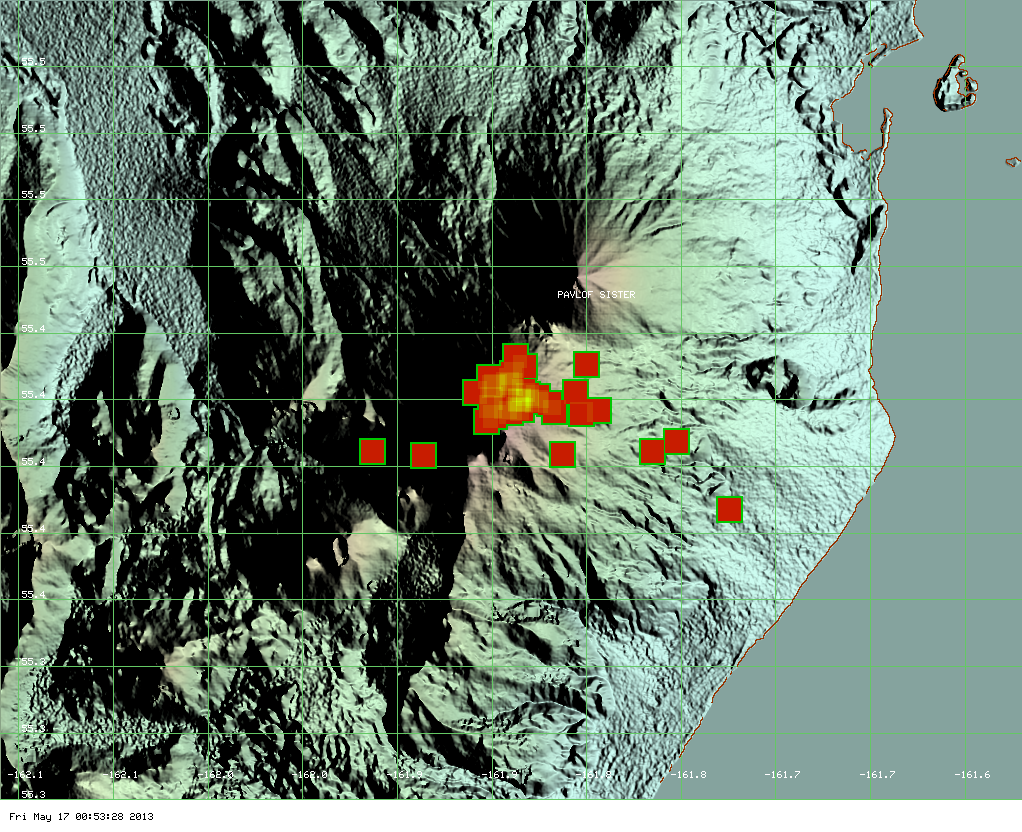 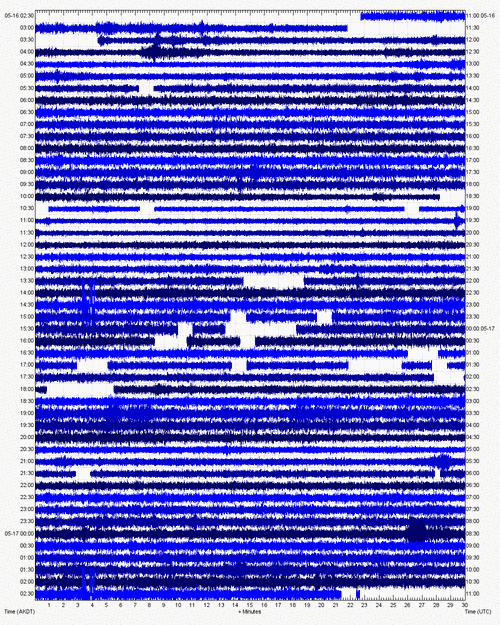 Unlike Pavlof Sister, Pavlof has been frequently active in historical time, typically producing strombolian to vulcanian explosive eruptions from the summit vents and occasional lava flows. The active vents lie near the summit on the north and east sides. The largest historical eruption of Pavlof took place in 1911, at the end of a 5-year-long eruptive episode. During this eruption a fissure opened on the northern flank of the volcano, ejecting large blocks and issuing lava flows. (Global Volcanism Program)