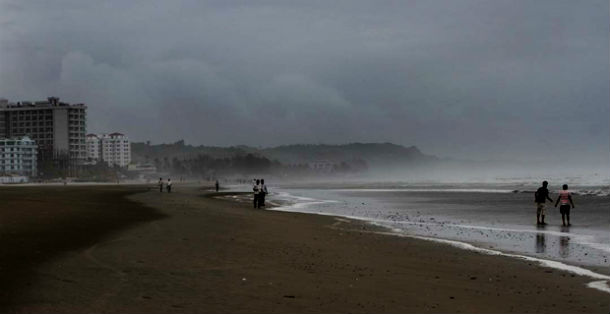 Tropical Cyclone Mahasen fully dissipated after weakening into tropical storm on May 16, 2013. Luckily, its impact was far less damaging than initially expected. Mahasen veered west of its predicted path after dumping heavy rains over bay of Bengal coastal areas.

Mahasen hit land with maximum wind speeds of about 100 km/h (62 mph) and quickly weakened. There was no major tidal surge due the low tide in time of Mahasen's landfall. However, many low-lying areas and islands were inundated by a surge during the storm. More than 49,000 thatched houses were destroyed.

The cyclone spared major populated areas in Bangladesh, including Chittagong and the seaside resort of Cox's Bazar. By the time Mahasen hit Chittagong and Cox's Bazar, wind speeds had plunged to 25 km/h (16 mph). 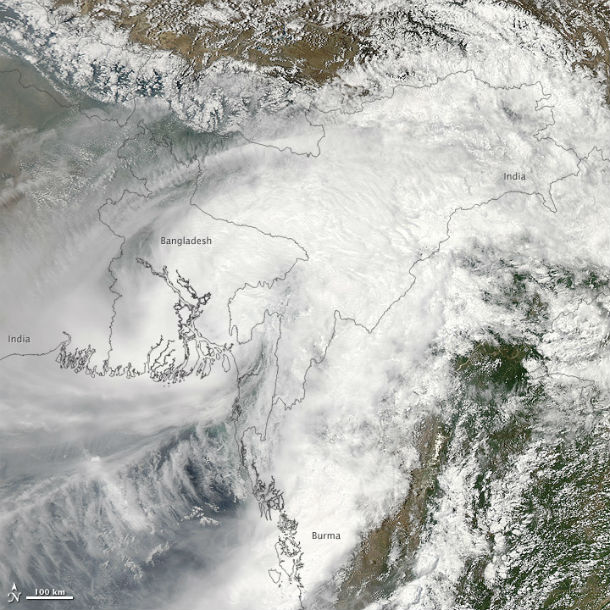 The TRMM satellite had two very informative views as deadly tropical Cyclone Mahasen was moving toward and then over Bangladesh. TRMM passed above Mahasen on May 15, 2013 at 2133 UTC and saw Mahasen again on May 16, 2013 at 0406 UTC after the tropical cyclone's center passed over Bengladesh's Ganges Delta. 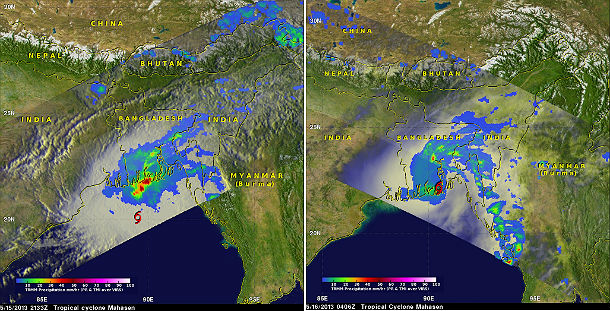 Red tropical cyclone symbols mark Mahasen's locations with both TRMM passes. With the first orbit TRMM's Precipitation Radar (PR) found rain within Mahasen falling at a rain of over 67mm/hr (~2.6 inches) and at a rate of over 57mm/hr (~2.25 inches) with the later view. 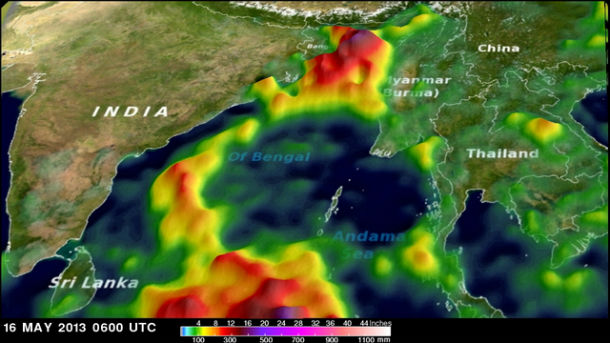 This image shows a simulated 3-D analysis of TRMM Multisatellite Precipitation Analysis (TMPA) of rainfall that occurred with tropical cyclone Mahasen during the period from May 6-16, 2013 as tropical cyclone Mahasen was making it's deadly transit through the Bay Of Bengal. Rainfall from Mahasen is only adding to flooding rainfall that had already occurred in the area. Rainfall totals of about 544mm (~21.4 inches) were found with this analysis over Bangladesh and north-east India. (Credit: Hal Pierce (SSAI/NASA GSFC//TRMM)

Bangladesh evacuated 1 million people from coastal areas and the United Nations warned that 8.2 million people could face life-threatening conditions. Much attention was focused on western Myanmar's Rakhine state because of the crowded, low-lying camps where tens of thousands of displaced Rohingya peoplerefused to evacuate. Around 140,000 people have been living in the camps since last year, when two outbreaks of sectarian violence between the Muslim minority and ethnic Rakhine Buddhists forced many Rohingya from their homes.

Officials reported at least 45 deaths related to Mahasen in Bangladesh, Myanmar and Sri Lanka. At least eight more people were killed in Myanmar as they fled the Mahasen on May 13, 2013 when overcrowded boats carrying more than 100 Rohingya capsized. More than 50 people are still missing.