Felleng formed as a tropical storm over the southern Indian Ocean on January 26, 2013, and strengthened into a cyclone on January 29, 2013. According to latest  report by Joint Typhoon Warning Center (JTWC), Tropical Cyclone Felleng was located roughly 420 nautical miles (780 kilometers) north of Réunion Island. The storm had maximum sustained winds of 90 knots (170 km/h), with gusts up to 110 knots (205 km/h) which makes it equivalent of Category 3 hurricane . Over the next 36 hours, wind speeds were forecast to increase to 115 knots (215 km/h) with gusts up to 140 knots (260 km/h) and Felleng could reach Category 4 status. 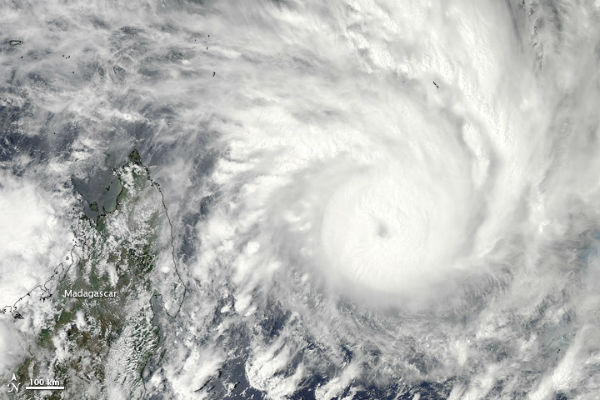 Animated infrared satellite imagery shows significant improvement in the structure of banding convection wrapping around a developing eye feature over the past 12 hours. A recent SSMI 37h microwave pass shows a definitive eye with a fully developed eyewall. The JTWC projected storm track showed Felleng moving southward over the Indian Ocean, east of Madagascar and west of Réunion, then veering slightly toward the southeast. Although the center of the storm was expected to remain off Madagascar’s coast, storm clouds could easily extend over the eastern reaches of the island.