2012 QG42 has an estimated size of 200 m – 500 m (H=20.4, most agree that it is 300 m) and it will have a close approach with Earth at about 7.43 LD (Lunar Distances) or 0.019 AU at 05:10 UTC on September 14, 2012. This asteroid will reach an average magnitude of 13.6 around September 10-12. This is a relatively bright magnitude for seasoned observers but far from being visible with naked eye. Astronomers at Goldstone and Arecibo will observe it as  this object should be a really strong delay-Doppler imaging target. 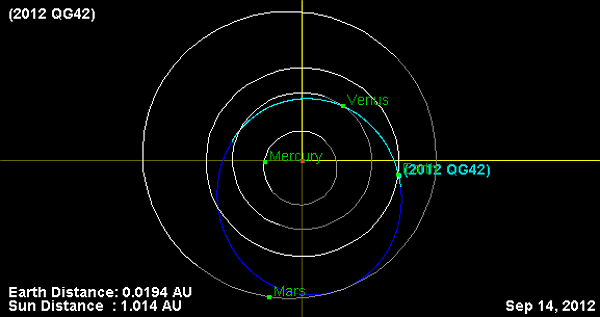 It was discovered on August 26, 2012 by the Catalina Sky Survey. It is classified as a PHA (Potentially Hazardous Asteroid). PHA are asteroids larger than approximately 100m that can come closer to Earth than 0.05 AU. None of the known PHAs is on a collision course with our planet, although astronomers are finding new ones all the time. 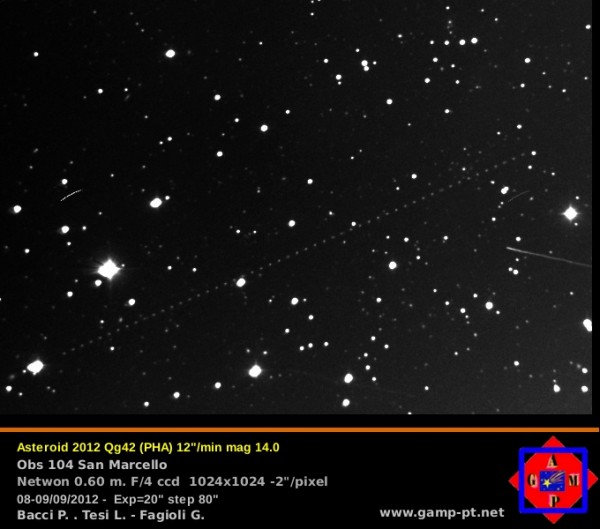 Slooh Space Camera will be providing free live online coverage of the asteroid's closest approach to Earth on the night of the September 13/14, 2012. Closest approach occurs at 05:13 UTC – for that time at worldwide locations, see here. 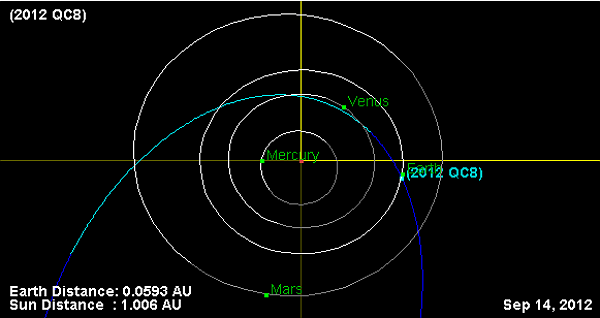 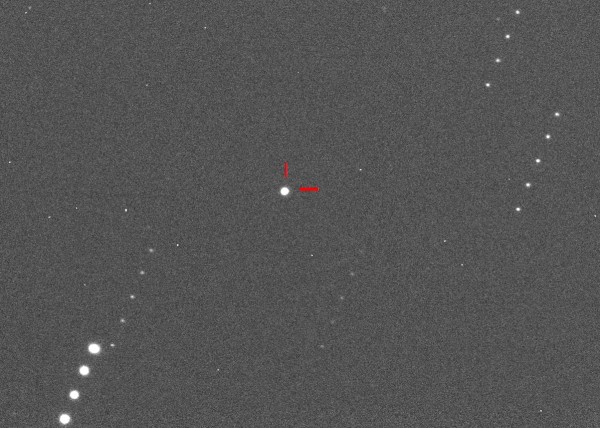