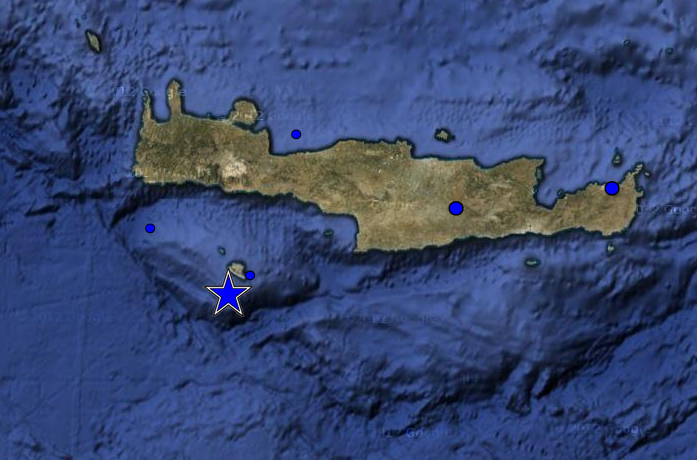 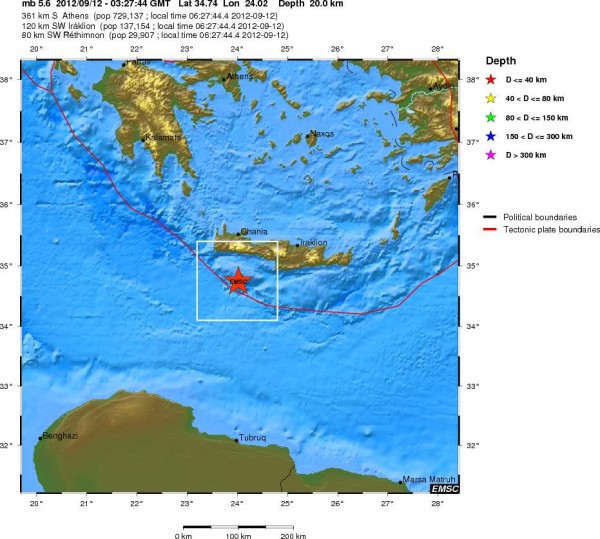 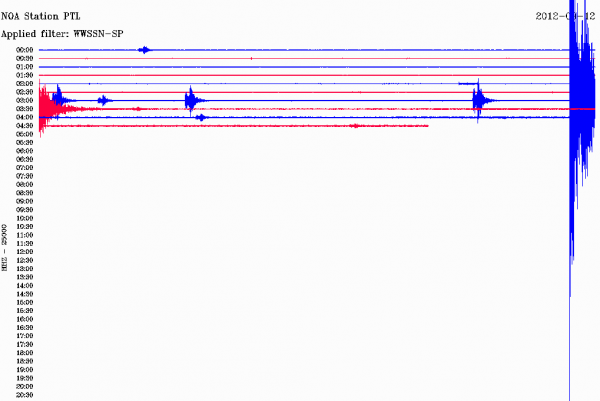 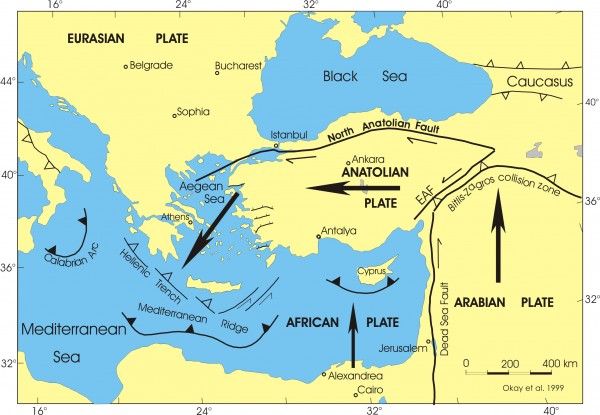 Shallow-focus earthquakes also occur in the volcanic arc that is associated with the subduction of the Africa plate beneath the Aegean Sea plate, in the Dodecanese and Cyclades Islands, over 100 km north of Crete. The region near the volcanic arc is characterized by normal faulting. The magnitude 7.8 earthquake of July 9, 1956, south of Amorgos, produced a large tsunami that affected the entire Aegean Sea.

Intermediate-depth earthquakes (depths greater than 50 km) occur within the subducting Africa plate beneath central Greece and the Dodecanese and Cyclades Islands. An earthquake having a focal depth of about 100 km and a magnitude of 7.7 occurred beneath the Dodecanese Islands in 1926. Intermediate-depth earthquakes typically cause less damage on the ground surface above their foci than is the case with similar magnitude shallow-focus earthquakes, but they are sometimes felt at greater distances from the epicenter. 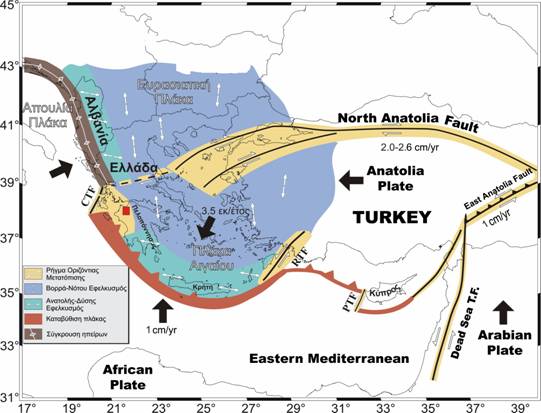 A belt of shallow-focus seismicity along the western coast of Greece to the north of Lefkada, and extending north along the Adriatic coast of the Balkan Peninsula, is characterized by reverse fault earthquakes occurring in response to northeast-southwest crustal convergence. This zone produced an earthquake of magnitude 7.0 in 1979, centered beneath the coast of Montenegro.