Sakurajima volcano continues to be particularly active. The volcano has been having more than usual frequent and stronger explosions during the past months according to Volcano Discovery.

The new powerful explosion occurred on July 24  from  the less frequently active Minami-dake crater. There are reports about explosion showered the flanks of the volcano with hundreds of blocks up to considerable distance. An ash column can be seen rising several kilometers. The Tokyo VAAC reported ash plumes up to 3 km ( 10,000 ft).

A recent youtube video shows a powerful eruption on July 24. 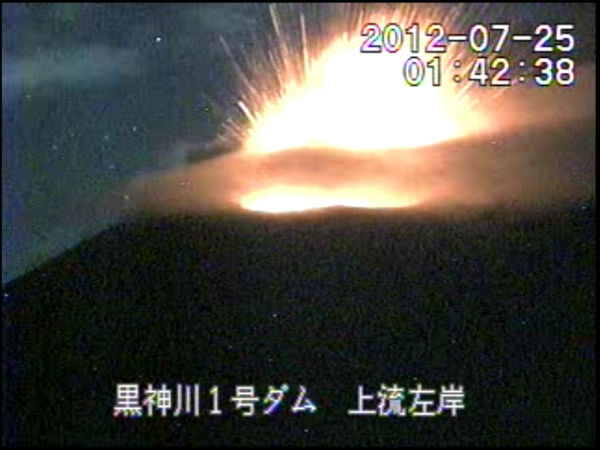 Sakura-jima, one of Japan's most active volcanoes, is a post-caldera cone of the Aira caldera at the northern half of Kagoshima Bay. Eruption of the voluminous Ito pyroclastic flow accompanied formation of the 17 x 23 km wide Aira caldera about 22,000 years ago. The smaller Wakamiko caldera was formed during the early Holocene in the NE corner of the Aira caldera, along with several post-caldera cones. The construction of Sakura-jima began about 13,000 years ago on the southern rim of Aira caldera and built an island that was finally joined to the Osumi Peninsula during the major explosive and effusive eruption of 1914. Activity at the Kita-dake summit cone ended about 4850 years ago, after which eruptions took place at Minami-dake. Frequent historical eruptions, recorded since the 8th century, have deposited ash on Kagoshima, one of Kyushu's largest cities, located across Kagoshima Bay only 8 km from the summit. The largest historical eruption took place during 1471-76. (GVP) 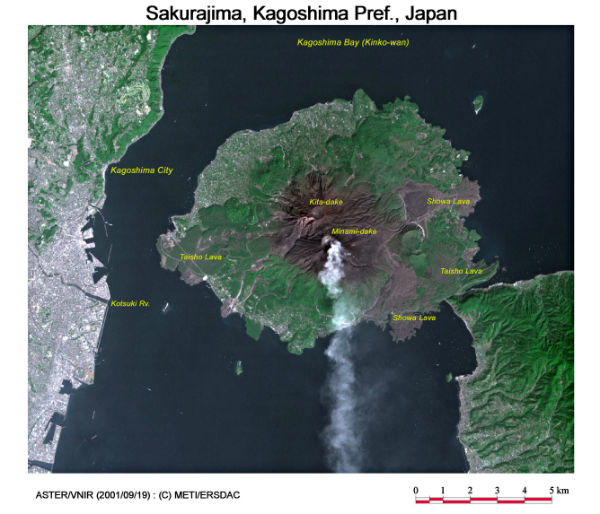