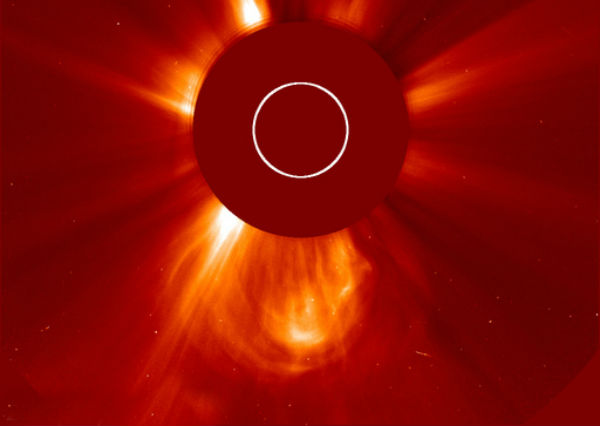 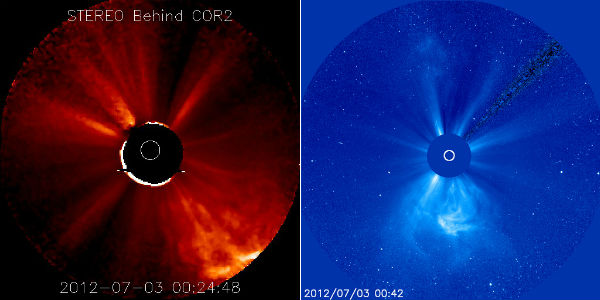 This large Sunspot cluster appears poised to generate a major solar flare within the next couple of days. NOAA/SWPC gives 70% chances of M-class event and 5 % chances for X-class events.

NOAA/SWPC issued Moderate R2 RadioBlackout alert. It means limited blackout of HF radio communication on sunlit side, loss of radio contact for tens of minutes and degradation of low-frequency navigation signals for tens of minutes. 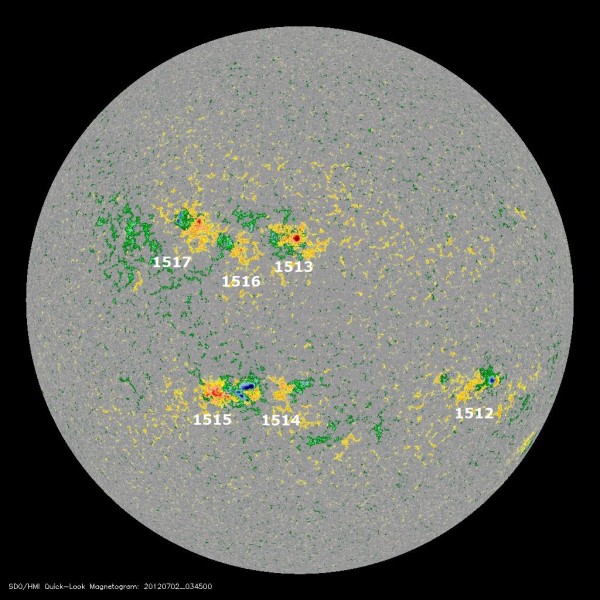 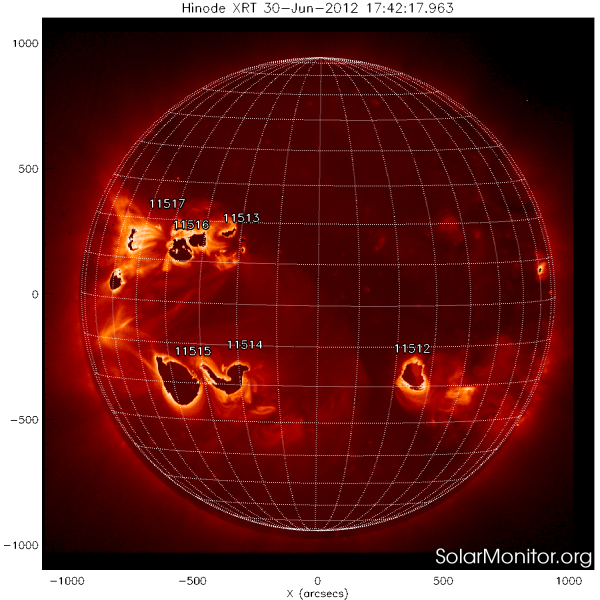 Solar activity increased to high levels. Region 1515 (S17E04) produced an impulsive M5/2b flare at 02/1052Z associated with a Type II radio sweep (estimated shock speed 1063 km/s), a 380 sfu Tenflare, and a coronal mass ejection (CME) with most of the mass directed southward, out of the ecliptic plane. It also produced an impulsive M3/2b flare at 02/2007Z associated with a 190 sfu Tenflare. This region remained large and magnetically complex (beta gamma-delta). Region 1513 (N16W09) produced an impulsive M1/1n flare at 02/0035Z as well as frequent B- and C-class flares. Gradual spot growth was noted in its intermediate and trailer portions and it retained its beta-gamma magnetic configuration. No new regions were numbered.

Solar activity is expected to be moderate during the period (03 – 05 July) with M-class flares expected from Regions 1513 and 1515.

Geomagnetic field activity was at unsettled to active levels with minor to major storm levels detected at high latitudes. This activity was associated with a persistent coronal hole high-speed stream (CH HSS). ACE data indicated solar wind speeds in the 580 – 722 km/s range with no discernible trend. IMF Bz was variable and ranged from +6 nT to -5 nT. Todays observed Penticton 10.7 cm flux (166 sfu) was flare-enhanced due to the M3/2b at 02/2007Z. The greater than 2 MeV electron flux at geosynchronous orbit reached high levels during the period.