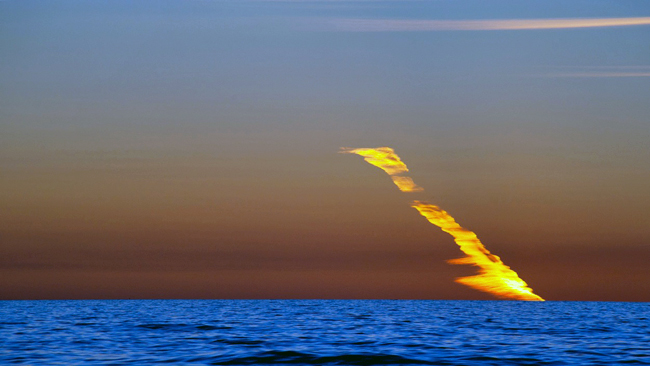 Well, not so likely. Perth beachgoers at Cottesloe sighted fiery streak in the sky at sunset as a suspected meteor plunged into the ocean off the WA coast according to PerthNow. Gavin Trought, one of the readers,  snapped the ‘fire in the sky’ as it appeared over Cottesloe just before sunset on Friday June 28.

Perth journalist Pip Moir also posted the photo she took at Cottesloe Beach to Twitter as puzzled onlookers debated what caused the colourful phenomena. Some suggested meteor or fireball plunged into the ocean, some said it was aliens landing. 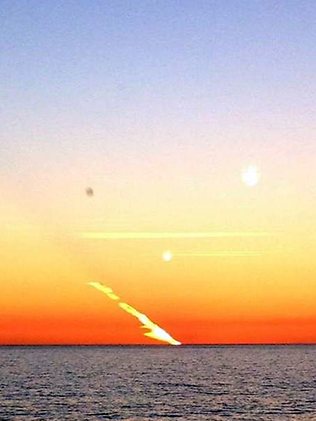 Daniel Jongue, manager at The Naked Fig Cafe, said he noticed “something on the horizon” just before sunset. He said the fiery trail took about 20 minutes to dissipate.

A spokesman for the Bureau of Meteorology said the weather bureau’s radar would not pick up a fast-moving object like a meteor. And there wasn’t any reports of meteor or fireballs at that time in that place.

As for now the most logical explanation is that this is vapour cloud, probably, from a plane. And sunset lighted up making it interesting visual phenomena. One of withesses named Troy said  it was a plane’s vapour trail and was ordinary about 20 minutes before that photo was taken. His statement was backed up by many others that were at Cott Beach at the time.