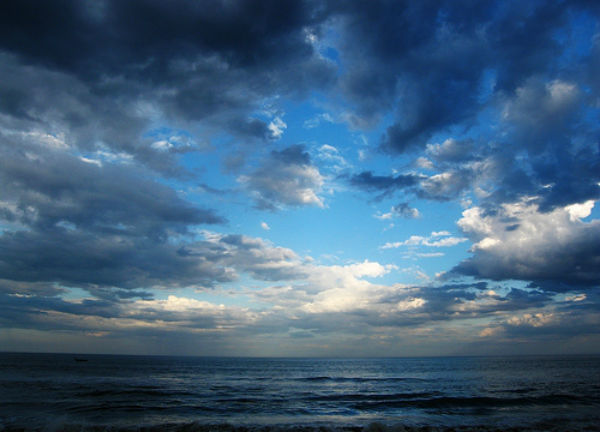 The monsoon route is currently being tracked in central India. It is slowly advancing towards the northern region while the subcontinent experiencing 39 degrees Celsius.  Last year, pre-monsoons had already arrived in mid-June, and monsoon rains had arrived by the end of June.

India’s crucial monsoon rains should pick up in July after a slow start over vast swathes of the country, which has threatened crops from rice to sugar. India is the country of 1.2 billion people that is one of the world’s leading producers of rice, sugar, wheat and cotton. July and August are key months for planting and when India usually receives the maximum amount of rain. Monsoon rains typically sweep the subcontinent from June to September. 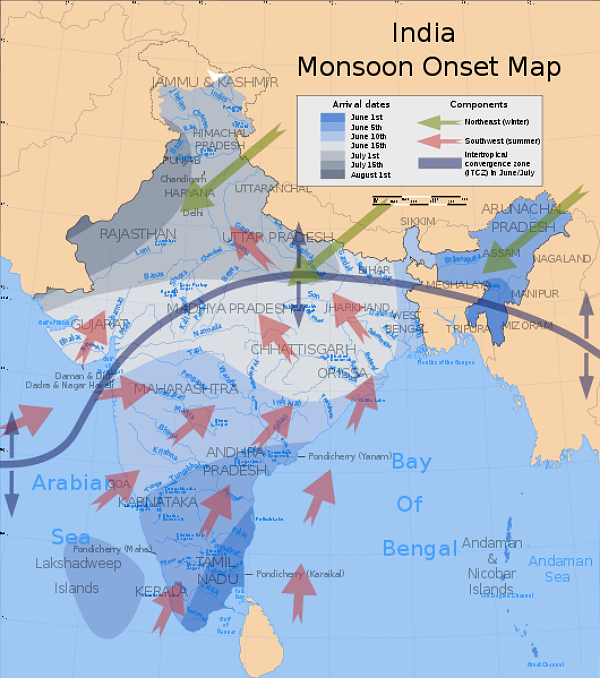 The rains have been abundant in India’s northeast where raging floods have forced hundreds of thousands of people to flee homes but weak in the vital northwestern grain bowl and oil seed-growing central regions. For the past week, monsoon rains were 18 % below average while for June as a whole they have been 23 % below average.

India’s 235 million farmers still rely on the erratic rains to soak around 60 % of the country’s farmland – despite calls for the government to improve irrigation and water-harvesting methods to ensure more stable crop output.

India this month said it would maintain its forecast for an average monsoon. But the meteorological department was spectacularly wrong in its forecast in 2009 when it predicted a normal monsoon and the country suffered its worst drought in 37 years. The drought sent food prices rocketing, causing huge hardship for the country’s hundreds of millions of poor. 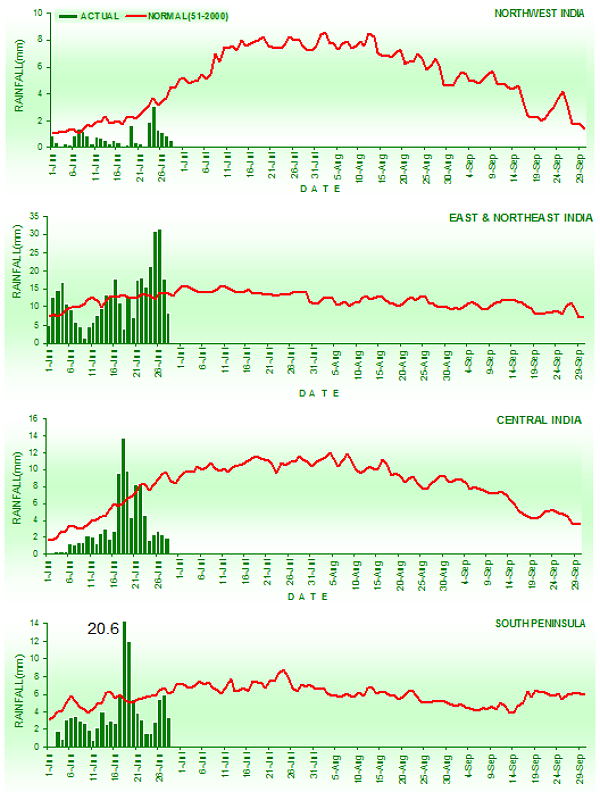 According to IMD, analysis of current meteorological conditions indicates increase in rainfall activity over east, central and also over northwest India due to development of seasonal eastwest trough with embedded upper air cyclonic circulation. 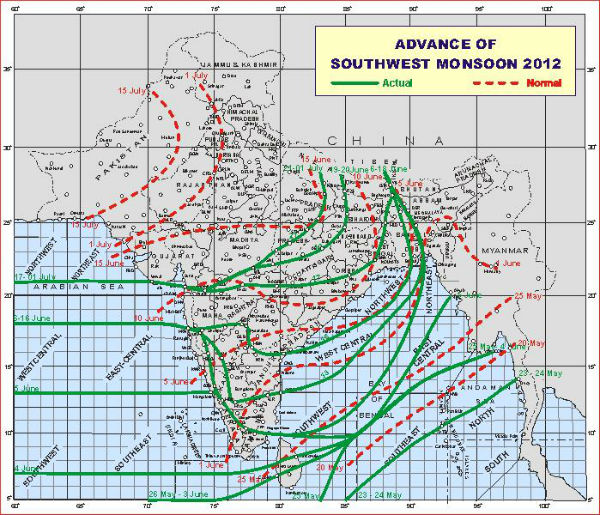 Heat  wave to  severe  heat  wave  conditions  are  prevailing  over  some  parts  of Punjab,  Haryana,  Delhi,
Rajasthan, Uttar Pradesh and north Madhya Pradesh. The highest maximum temperature of 46.0°C has been
recorded at Churu( Rajasthan).

Weather Outlook for subsequent 4 days  up to 0830 hours IST of 08th July, 2012
♦   Rain/thundershowers would  occur  at many  places  over west  coast,  east  and  adjoining central India and  northeastern states.
♦  Increase in rainfall activity over northwest India. 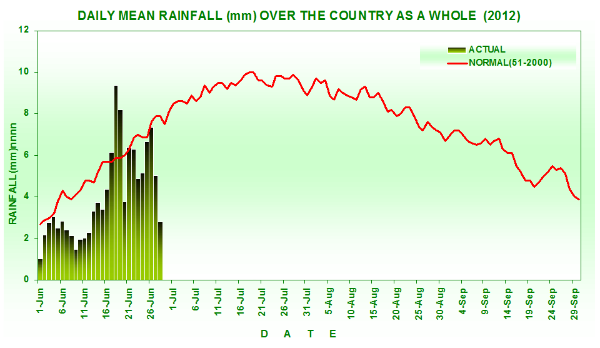 21 of Assam’s 27 districts faced floods which began last weekend when annual monsoon rains lashed the tea and oil-rich state bordering Bangladesh. In the adjoining northeastern Indian states of Arunachal Pradesh and Manipur, pounding rains brought flash floods. There were no casualties reported from Arunachal Pradesh, which borders China, and Manipur which is adjacent to Myanmar.

Authorities were also keeping a close watch on swollen rivers in rain-lashed West Bengal state in eastern India. In neighbouring Bihar state, people fled their homes in two districts as the Kosi river threatened to overflow its banks, officials said.

The situation is very critical as floods have destroyed property and crops.

Featured image: A sunset view from a beach in Tamil Nadu, India of monsoon clouds over the Bay of Bengal.