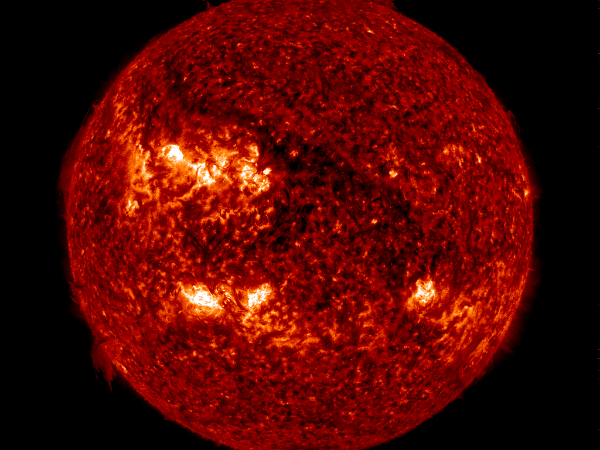 We believe that solarwatchers noticed all main solar monitors like SOHO and SDO are down. They are offline and you cannot access any data. For now, we still don’t have any official information why is it so, but stay tuned, we’ll be back with more info!

SDAC site down as well…

STEREO A and STEREO B are down.

For now, all the sites are still down, but you can watch SDO/AIA images in near-real time on Belgium site: http://sdodata.oma.be/latest/

UPDATE: GOES data are online and SDO is back again

UPDATE:  SOHO EIT is in keyhole! SOHO has “keyhole periods”, occurring twice per orbit. Each orbit around L1 takes about half a year, so keyholes affect SOHO operations roughly every 3 months. Next keyhole is scheduled for July 13(more)

There is DARK HOLE IN THE SUN’S ATMOSPHERE: Ultraviolet telescopes onboard NASA’s Solar Dynamics Observatory are monitoring a vast dark hole – a “coronal hole” – in the sun’s upper atmosphere reports SpaceWeather.com.. It has just turned directly toward Earth.

Power outage at Goddard! Any data coming through Goddard will not be available for an undetermined amount of time. The metro DC/Baltimore areas are experiencing mass power outages including NASA/Goddard.

@solarwatch Clarification – SDO and SOHO are not down. Perhaps the web servers at Goddard are. Getting data from SDO.

Also EarthObservatory and MODIS are down