NOAA forcasters estimate a 40% chance of M-class solar flares today as a phalanx of sunspots turns toward Earth. The most likely source of geoeffective eruptions is Sunspot 1504, which has grown into an active region almost 10 times wider than Earth. 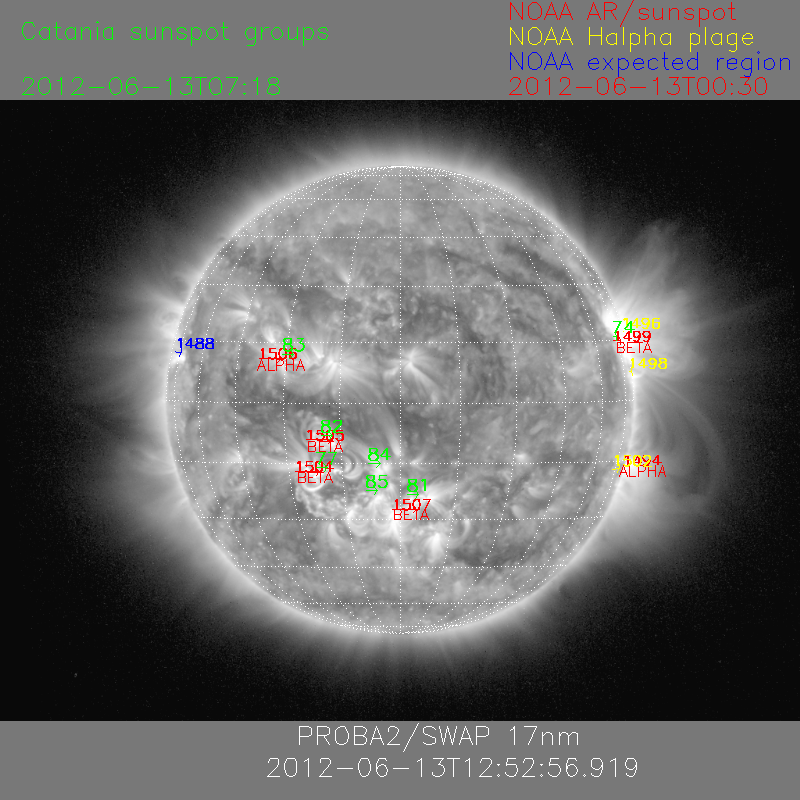