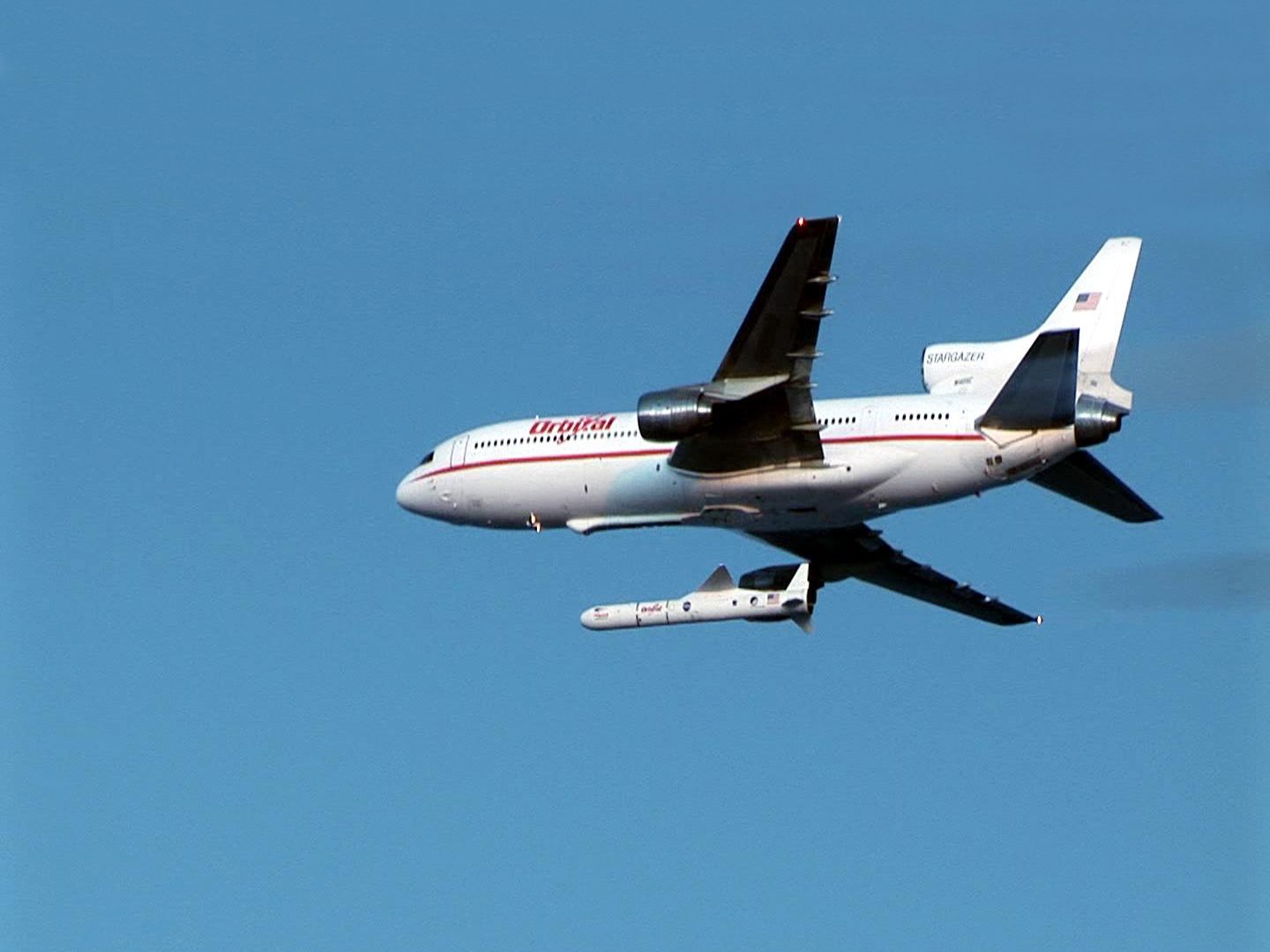 “We all eagerly await the launch of this novel X-ray observatory,” said Paul Hertz, NASA’s Astrophysics Division Director. “With its unprecedented spatial and spectral resolution to the previously poorly explored hard X-ray region of the electromagnetic spectrum, NuSTAR will open a new window on the universe and will provide complementary data to NASA’s larger missions, including Fermi, Chandra, Hubble and Spitzer.”

NuSTAR will use a unique set of eyes to see the highest energy X-ray light from the cosmos. The observatory can see through gas and dust to reveal black holes lurking in our Milky Way galaxy, as well as those hidden in the hearts of faraway galaxies. “NuSTAR will help us find the most elusive and most energetic black holes, to help us understand the structure of the universe,” said Fiona Harrison, the mission’s principal investigator at the California Institute of Technology in Pasadena.

The observatory began its journey aboard a L-1011 “Stargazer” aircraft, operated by Orbital Sciences Corporation, Dulles, Va. NuSTAR was perched atop Orbital’s Pegasus XL rocket, both of which were strapped to the belly of the Stargazer plane. The plane left Kwajalein Atoll in the central Pacific Ocean one hour before launch. At 9:00:35 a.m. PDT, the rocket dropped, free-falling for five seconds before firing its first-stage motor. About 13 minutes after the rocket dropped, NuSTAR separated from the rocket, reaching its final low Earth orbit.

The first signal from the spacecraft was received at 9:14 a.m. PDT (16:14 UTC) via NASA’s Tracking and Data Relay Satellite System. “NuSTAR spread its solar panels to charge the spacecraft battery and then reported back to Earth of its good health,” said Yunjin Kim, the mission’s project manager at NASA’s Jet Propulsion Laboratory in Pasadena, Calif. “We are checking out the spacecraft now and are excited to tune into the high-energy X-ray sky.”

The mission’s unique telescope design includes a 33-foot (10-meter) mast, which was folded up in a small canister during launch. In about seven days, engineers will command the mast to extend, enabling the telescope to focus properly.

About 23 days later, science operations are scheduled to begin.

In addition to black holes and their powerful jets, NuSTAR will study a host of high-energy objects in our universe, including the remains of exploded stars; compact, dead stars; and clusters of galaxies.

The mission’s observations, in coordination with other telescopes such as NASA’s Chandra X-ray Observatory, which detects lower-energy X-rays, will help solve fundamental cosmic mysteries. NuSTAR also will study our sun’s fiery atmosphere, looking for clues as to how it is heated. NuSTAR is a Small Explorer mission led by the Caltech and managed by JPL for NASA’s Science Mission Directorate in Washington. The spacecraft was built by Orbital Sciences Corporation.