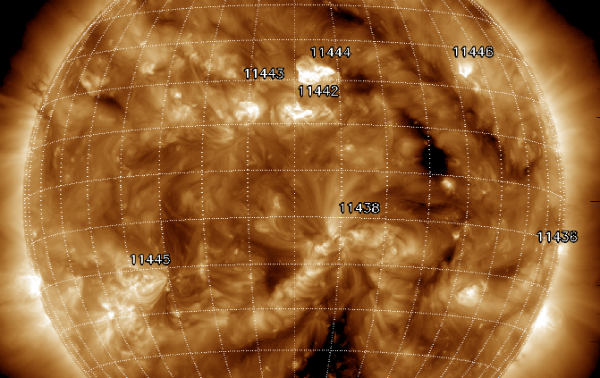 Return of the Sunspot 1429 to Earth side is due in evening hours of March 28th by UTC, meaning further increase of an M-class event.

The image below shows the bright flash captured by STEREO Behind. A large, fast-moving Coronal Mass Ejection (CME) was produced. It is not Earth-directed, but there is a slight chance for a glancing blow from this CME around March 30. 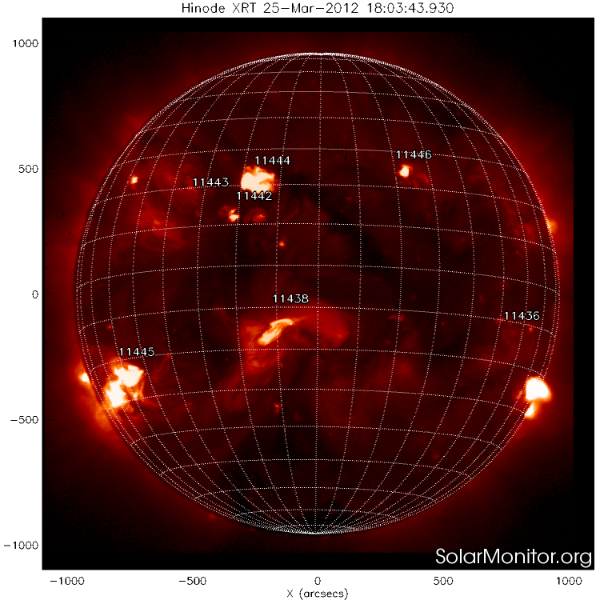 New Sunspot growth appeared to be taking place on Monday in the vicinity of region 1442. This is located just to the south of AR1444. A couple of small plasma clouds are seen in the latest STEREO Behind COR2 images and may be the result of prominences lifting off of the Sun. None appears to be Earth directed at this time. 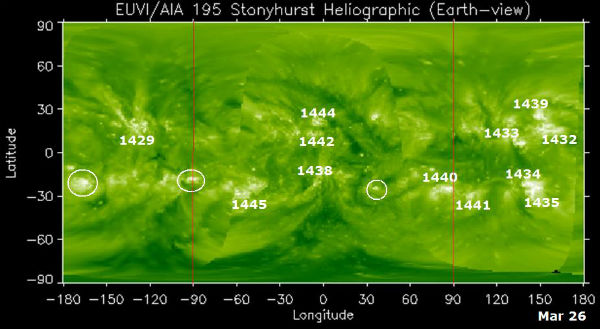 The geomagnetic field is expected to be mostly quiet on March 27, increasing to unsettled to active conditions on 28 and 29 March due to a solar sector boundary followed by a negative polarity coronal hole.

Increased solar activity is expected for weeks ahead.

Watch for real-time updates on our Space Weather Station.