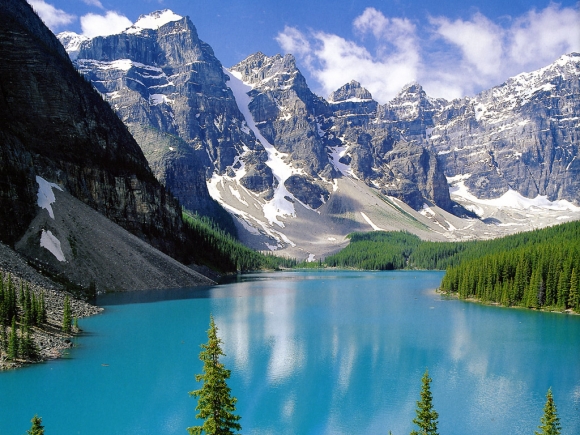 Canada could expect a major earthquake at any time and a top geophysicist says it should prepare itself if it is to avoid the kind of disasters that befell Japan, Italy and China in recent years.

The most vulnerable region is the West Coast, which has been hit with giant, magnitude-9.0 quakes 13 times in the last 6,000 years, the last of them 311 years ago. B.C. is in the window in which a massive earthquake is more likely to occur, but that window spans 200 to 850 years.

Besides the West Coast, other seismic hotspots in Canada include the Ottawa and St. Lawrence valleys, the North Atlantic off Cape Breton and the Arctic off Baffin Island. The quietest seismic region incorporates Saskatchewan, Manitoba and Northern Ontario. 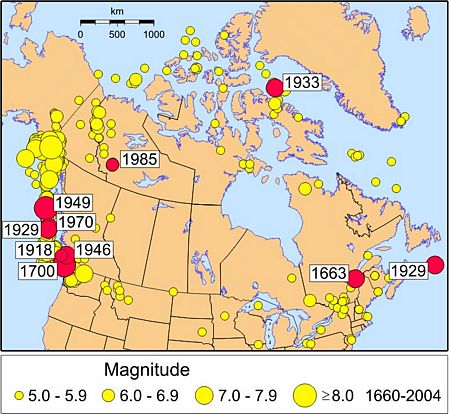 John Cassidy, head of earthquake seismology at the Geological Survey of Canada, says large earthquakes have hit parts of Canada numerous times — and will again.

Canada is identifying vulnerable areas, estimating potential magnitude, frequency and type of quakes. Using that information, planners can draft appropriate building codes and construct quake-resistant infrastructure to minimize the damage. Fatalities from the magnitude-8.8 quake in Chile were kept to a minimum in February 2010 because people knew what to do so according to Cassidy.

It may seem like there have been more major quakes worldwide in recent years, but Cassidy says that’s more perception than reality. It’s true that there have been three 8.8-magnitude quakes in seven years — in Sumatra, Chile and Japan — the biggest tremors since the 1960s. But he says the perception is also due to the fact that some other quakes, like those which struck Christchurch, New Zealand last year and L’Aquila, Italy in 2009, hit close to major centres, maximizing damage. (TheCanadianPress)

Tectono-Metamorphic Map of the Canadian Shield

Each year, seismologists with the Geological Survey of Canada record and locate more than 1000 earthquakes in western Canada. The Pacific Coast is the most earthquake-prone region of Canada. In the offshore region to the west of Vancouver Island, more than 100 earthquakes of magnitude 5 or greater (large enough to cause damage had they been closer to land) have occurred during the past 70 years. Part of the Pacific Ring of Fire, the concentration of earthquakes along the west coast is related to the presence of active faults, or breaks in the earth’s crust. The surface of the earth is always changing, as the earth’s crust is made up of “plates” that are constantly moving relative to one another at speed’s of about 2-10 cm/year (about how fast your fingernails grow). The plates can either slide past one another, or they can collide, or they can diverge (or move apart). 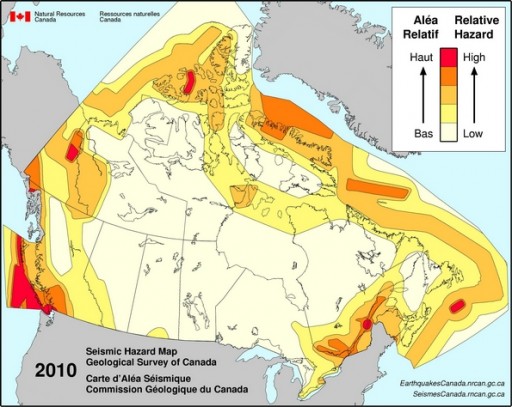 The west coast of Canada is one of the few areas in the world where all three of these types of plate movements take place, resulting in significant earthquake activity. Earthquakes in this region occur along the faults in the offshore region (e.g., the M=8.1 Queen Charlotte Island earthquake of 1949); within the subducting ocean plate (e.g., a magnitude 6.5 earthquake beneath downtown Seattle in 1965); and within the continental crust (e.g., a magnitude 7.3 earthquake on central Vancouver Island in 1946). Moving inland from the coast (and the active plate boundaries), the frequency and size of the earthquakes decreases. Saskatchewan and Manitoba are the least earthquake-prone areas in Canada. 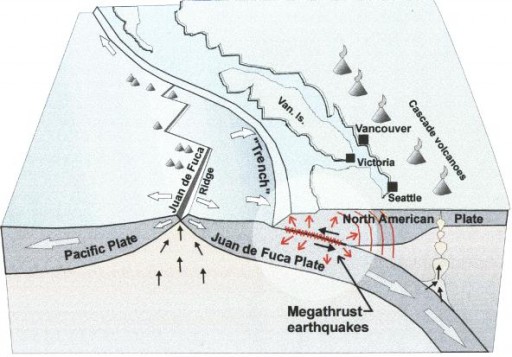 West of Vancouver Island, and extending from the north tip of the Island to northern California, the oceanic Juan de Fuca plate is moving towards North America at about 2-5 cm/year. This region is called the Cascadia subduction zone. Here, the much smaller Juan de Fuca plate is sliding (subducting) beneath the continent (it is about 45 km beneath Victoria, and about 70 km beneath Vancouver). The ocean plate is not always moving though. There is good evidence that the Juan de Fuca and North America plates are currently locked together, causing strain to build up in the earth’s crust. It is this squeezing of the crust that causes the 300 or so small earthquakes that are located in southwestern British Columbia each year, and the less-frequent (once per decade, on average, damaging crustal earthquakes (e.g., a magnitude 7.3 earthquake on central Vancouver Island in 1946).

At some time in the future, these plates will snap loose, generating a huge offshore “subduction” earthquake – one similar to the 1964 M=9.2 Alaska earthquake, or the 1960 M=9.5 Chile earthquake. Current crustal deformation measurements in this area provide evidence for this model. Geological evidence also indicates that huge subduction earthquakes have struck this coast every 300-800 years.

The northern Rocky Mountain region is one of the most seismically active areas of Canada. The largest earthquake recorded in this area, to date, is the magnitude 6.9 earthquake of December 23, 1985 in the Mackenzie mountains of the Northwest Territories. Magnitude 6-plus earthquakes have occurred in the Richardson Mountains of the Yukon Territory (M=6.2 in May, 1940; M=6.5 in June, 1940, and M=6.6 in March, 1955).  (GSC)