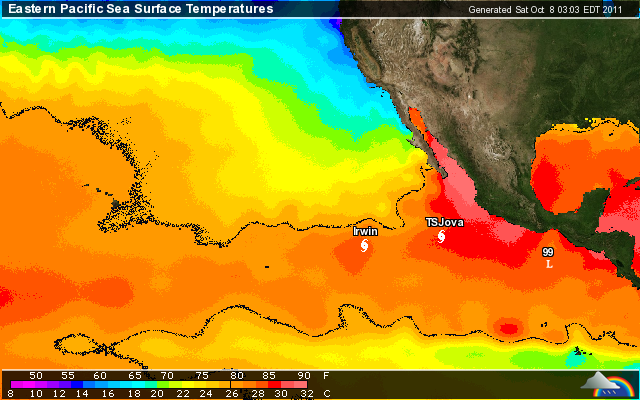 Irwin became the eighth hurricane of the eastern pacific season early Friday morning, and could be quickly followed by Jova on Saturday, according to the National Hurricane Center (NHC).

Hurricane Irwin, meanwhile, is expected to track eastward through the weekend and early next week before making landfall in southwest Mexico, and possibly Guatemala, on Wednesday or Thursday next week.

The National Hurricane Center says it expects Irwin to turn toward the northwest and north-northwest with a significant decrease in forward speed Friday and overnight, followed by a turn toward the east on Saturday. Irwin is expected to strengthen further in the next 48 hours.

Irwin and Jova are the eight and ninth named storms of the 2011 Eastern Pacific hurricane season, following major Hurricane Hilary which formed in late September.