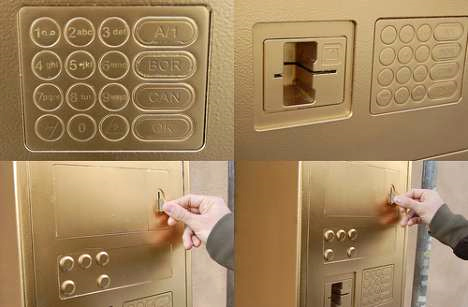 The return to real money is making swift gains as public distrust and uncertainty about the viability of fiat currencies continues to grow. And according to a recent report in Digital Journal, some countries, including China, are actually installing automated teller machines (ATM) that dispense gold bullion rather than paper currency.

Since 2000, the price of gold in terms of US fiat currency (Federal Reserve Notes) has jumped nearly 800 percent as a result of inflation and the continued decline of the dollar. In response to this and the perpetual decline and instability of fiat currencies in general, the Chinese metropolis of Beijing has installed its first gold ATM in a shopping mall. And more than 2,000 gold ATMs are set to be installed elsewhere throughout the country, which will allow residents to easily exchange their cash for the precious metal.

“The people in Asia have a unique taste for gold, especially in China and India, and the channels of investment in China are way too narrow right now,” said Zheng Ruixiang, president of Gongmei, to China Daily concerning the plan. “To put residents cash deposits into gold deposits can reduce cash flow and reduce pressure on commodity prices.”

For the past several years, the Chinese government has been encouraging its citizens to exchange their yuan for gold and silver in order to protect their wealth against inflation and an unraveling world economy. After all, the failing US dollar is still the world’s international reserve currency (IRC), and China currently holds the largest share of US debt of all the countries in the world.

Meanwhile, one journalist from Canada recently maligned gold claiming that it, rather than fiat currency, is backed by nothing. In case you missed it, check out the hilarious and disturbing video clip of the recent incident here: http://www.naturalnews.com/033740_g…

Gold ATMs are popping up in many other countries besides China as well, including in both Germany and the US. The machines maintain a constant feed of gold’s market value in terms of a nation’s currency, and adjust prices for customers accordingly.

The US dollar can not, and will not, last forever. And neither will any other fiat currency that is backed by nothing. This is why many liberty-minded folks around the world have been encouraging others to preserve their wealth by investing in gold and silver.