Hurricane Philippe Forms In The Atlantic, weakening into tropical storm

Philippe is the sixteenth named storm of the 2011 Atlantic hurricane season, following Hurricane Ophelia which brought strong winds to Ireland and Britain on Thursday. Hurricane Philippe is expected to weaken and become post-tropical during the weekend as it travels northeast across the Atlantic toward Iceland.

Philippe first formed as a tropical depression south of Cape Verde on September 24, 2011, and strengthened into a tropical storm the same day. Philippe became a hurricane on Thursday (October 6). As of 10:00 a.m. GMT on Friday, Philippe packed winds of 90 miles (150 kilometres) per hour, and was about 535 miles (865 kilometres) east-southeast of Bermuda, the National Hurricane Center (NHC) reports.

Philippe was a category one hurricane on the Saffir-Simpson hurricane wind scale.  Some gradual weakening should begin today, and Philippe is forecast to become post-tropical in a day or two.

According to figures released last month, NOAA’s Climate Prediction Center is expecting an above-normal hurricane season in the Atlantic this year. The outlook calls for 14 to 19 named storms, with seven to ten becoming hurricanes and three to five expected to become a major hurricane (category 3 or higher). 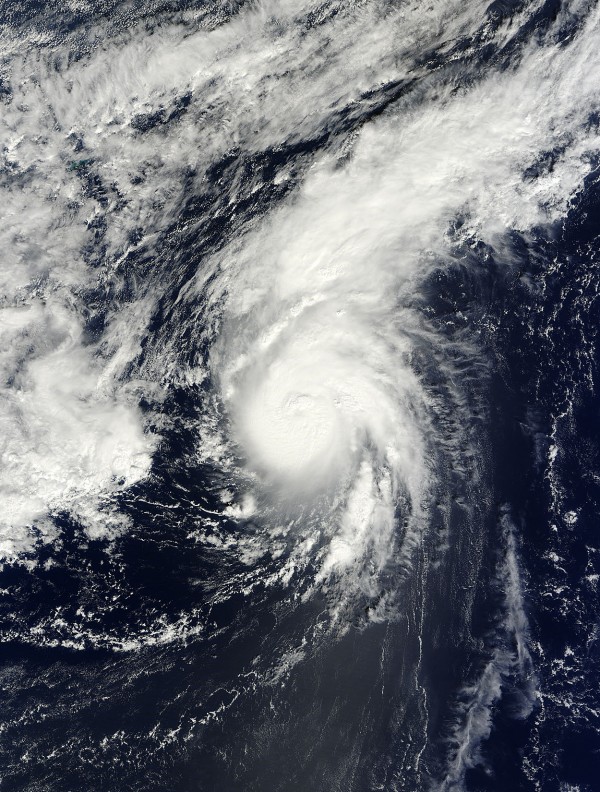