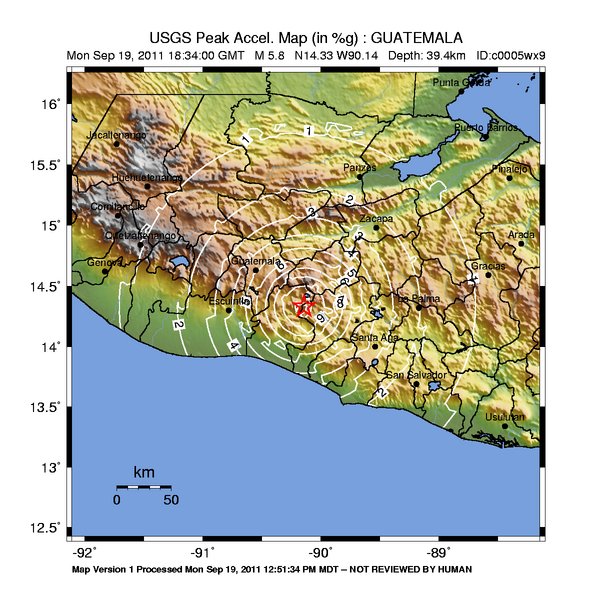 The earthquake was initially reported as a 6.1 magnitude quake at , later recalculated as a5.8 magnitude earthquake. Damage is reported from near the epicenter.

Local sources are mentioning 1 killed person, 3 missing people and a lot of injured. Rescue services are continuing their struggle to find survivors. A total of 5 aftershocks have been reported. None of the aftershocks had a magnitude above 5. Most of the damage has been inflicted in the Cuilapa Santa Rosa area. 3 people were injured in the Cuilapa hospital. 10 persons have been treated for nervous breakdowns. (EarthquakeReport)

The Guatemala earthquake is the latest in an escalating series of earthquakes that have rattled nearly every corner of the globe in the month of September. An initial reports of damage or casualities is forthcoming.