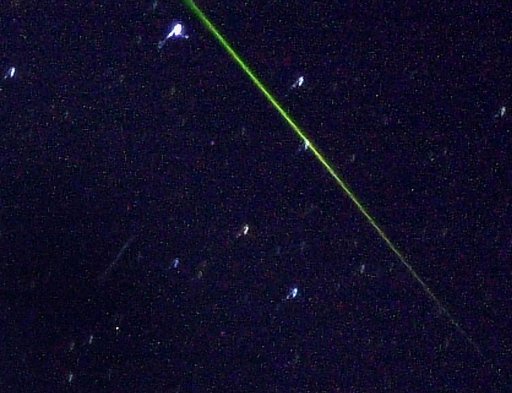 An exploding meteor is believed to be responsible for a huge bang that reverberated around the Pacific island nation of Niue last week.

Niue police chief Mark Chenery said the loud bang on Wednesday night woke the island’s 1200 residents and he initially thought a boat had exploded in the harbour. Chenery said there was widespread speculation about the cause of the noise but the Carter observatory in New Zealand had told him it was likely to be a meteor exploding 20km high in the atmosphere.

“There was a large (noise), a huge clap of thunder but it was its normal starry night outside,” he told Radio New Zealand.

People have described seeing a white light, like a flare, shooting across the sky. Niue is 64 kilometres around and it was heard in Lakepa in the northwest down to Avasele in the southeast, so it was certainly heard island-wide. (News.com.au)

Niue is an island nation in the South Pacific Ocean. It is commonly known as the “Rock of Polynesia”, and inhabitants of the island call it “the Rock” for short. Niue is 2,400 kilometres (1,500 mi) northeast of New Zealand in a triangle between Tonga to the southwest, the Samoas to the northwest, and the Cook Islands to the southeast. The land area is 260 square kilometres (100 sq mi) with about 1,400 people who are predominantly Polynesian.

Though self-governing, Niue is in free association with New Zealand, and lacks full sovereignty. All Niueans are New Zealand citizens and Queen Elizabeth II is Niue’s head of state. Most diplomatic relations are conducted by New Zealand on Niue’s behalf.

In 2003, Niue became the world’s first “WiFi nation”, in which free wireless Internet access is provided throughout the country by The Internet Users Society-Niue.