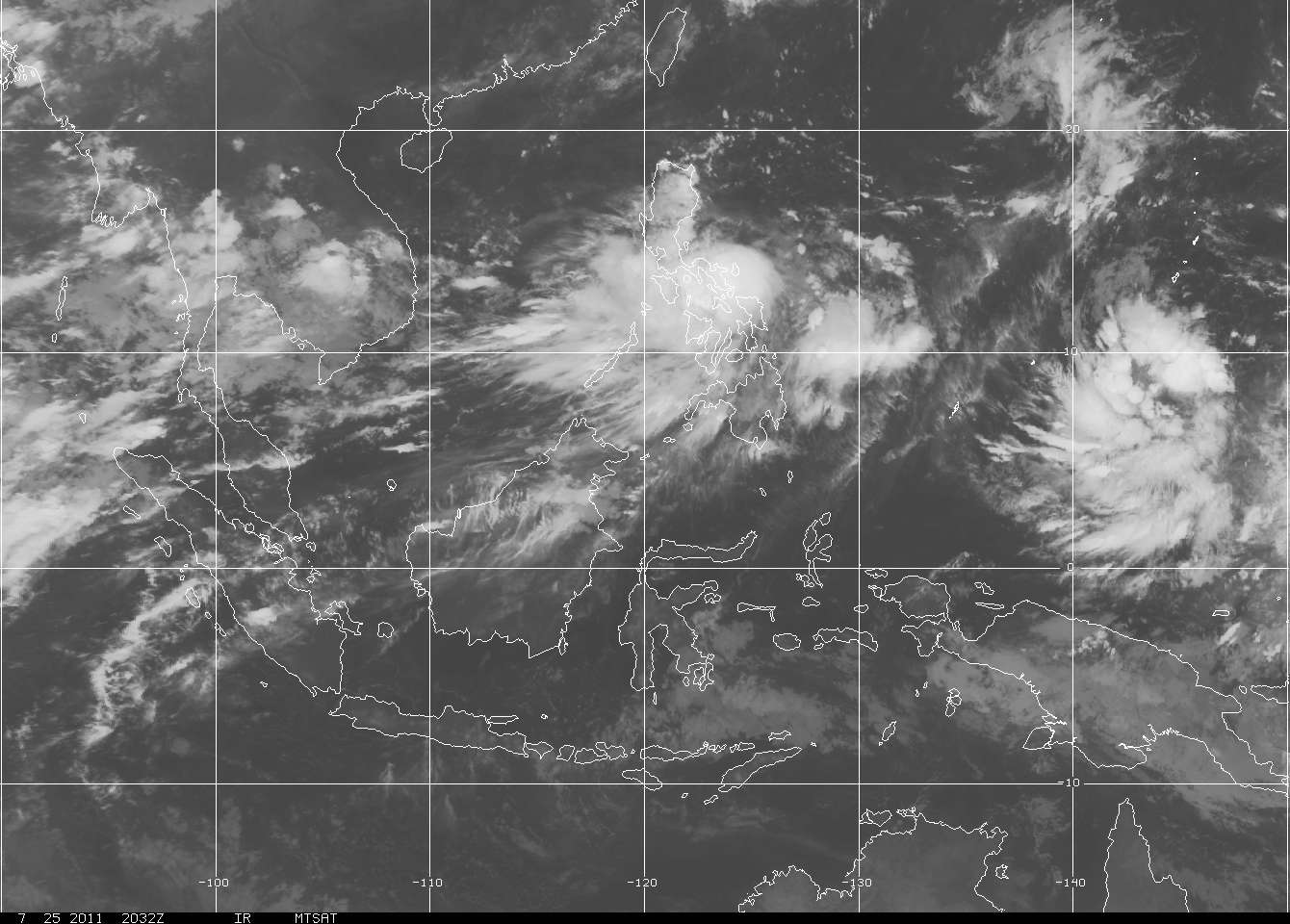 The tenth tropical depression formed in the western North Pacific Ocean this past weekend, and brought rains to the central Philippines.

When NASA's Aqua satellite passed over Tropical Depression 10W on July 25 at 04:41 UTC (12:41 a.m. EDT), the infrared image captured by the Atmospheric Infrared Sounder (AIRS) instrument revealed a large area of very cold cloud top temperatures (-63F/-52C) from strong thunderstorms over the central Philippines. A second area of strong thunderstorms on the eastern side of circulation was over the Philippine Sea.

Satellite imagery has shown that the bands of thunderstorms feeding into the center of TD10W's circulation. TD10W continues to become more organized. The system is in an area of low to moderate wind shear which is enabling it to become better organized. 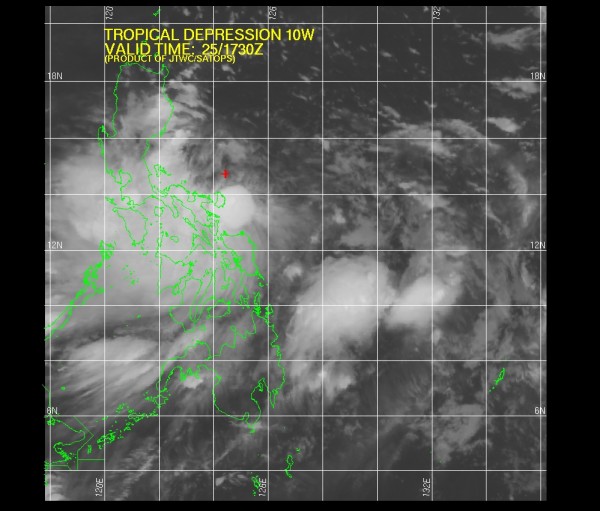 At 11 a.m. EDT on July 25, a weather station in Daet, Philippines was reporting thunderstorms and rain, with winds from the west at 11 mph. Daet is the capital municipality in the Camarines Norte province. The local forecast calls for TD10W to affect the city through the day on July 26.

The Joint Typhoon Warning Center forecasters expect TD10W to slowly intensify over the next two days and make landfall northeast of Hong Kong later this week. 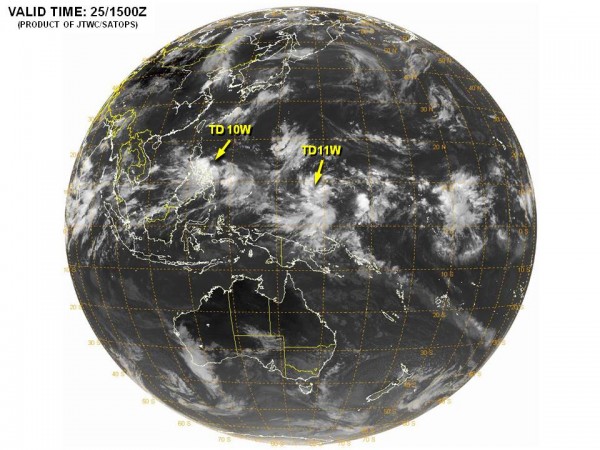 Meanwhile, Tropical depresion 11W is forming in NorthWest Pacific. TD 11W is located aproximately 450nm South of Guam. Infrared satellite imagery shows a large system that is steadily organizing and intensifying. TD 11W is currently in a weakk steering enviroment well south of the subtropical ridge, which is anchored in an anticyclone near 31N 153E.