Typhoon "Kammuri" (Tisoy) — the strongest typhoon to hit the Philippines this year– has produced the coldest cloud-top temperature on record and may have gained a distinctive place in the history of tropical cyclones, according to Scott Bachmeier of the UW-CIMSS/SSEC.

The storm entered the Philippine Area of Responsibility on Saturday afternoon, November 30. The Visible Infrared Imaging Radiometer Suite (VIIRS) aboard the NOAA-20 satellite detected a cloud-top infrared brightness temperature of -109.4 °C (-164.9 °F) west of the center.

According to Mark Lander of the University of Guam, it was apparently the only cold cloud-top temperature to smash the 1990 Tropical Cyclone "Hilda" in Australia with -102.2°C (-148°F).

CIMSS Satellite Blog contributor Scott Bachmeier captured the VIIRS infrared image of Kammuri at 04:20 UTC on Saturday. He manually added the yellow color west of the center to denote the location of the coldest cloud tops, which were “off the scale” of the automatically generated color table. 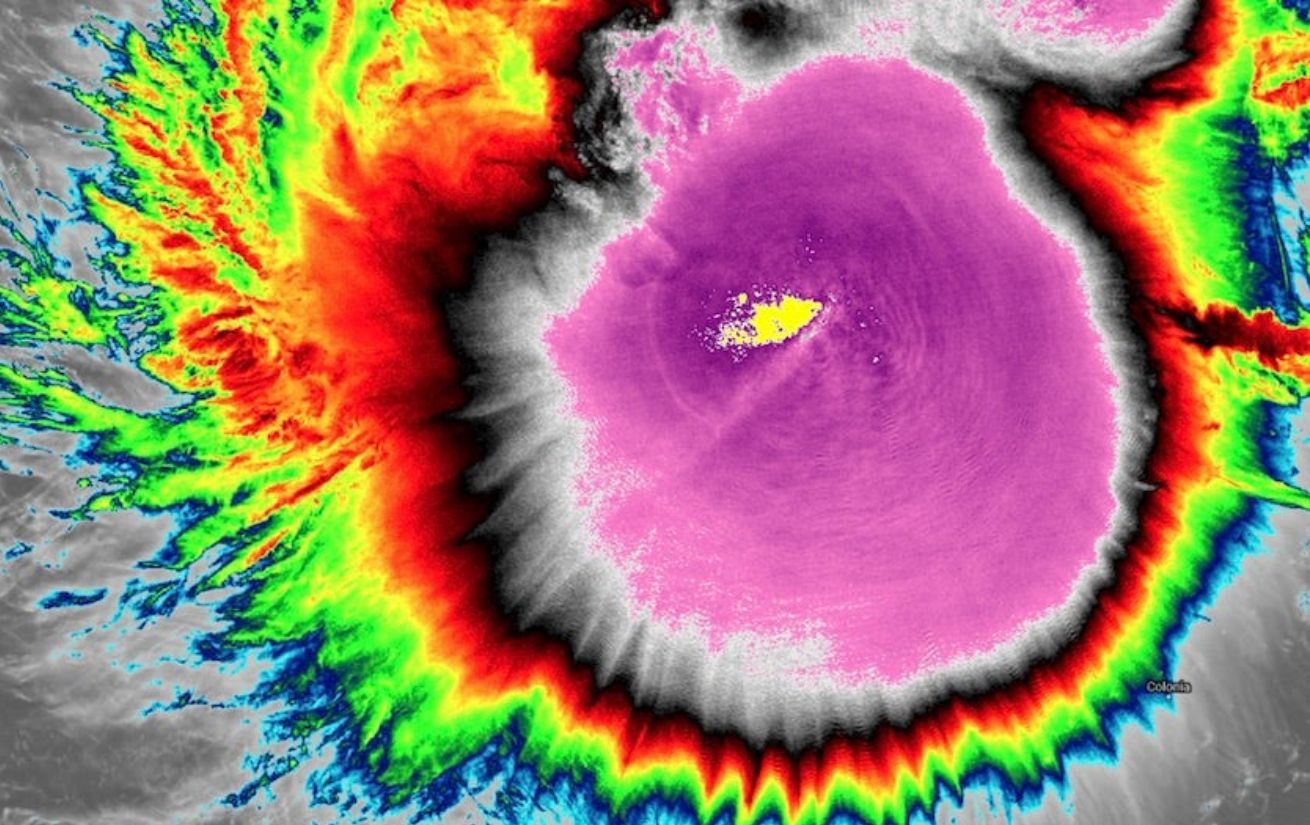 PAGASA said it has yet to verify the said information. "We will need to check the other parameters," said Shiella Reyes, the agency's weather specialist.

In an update on December 4, according to an email from Bachmeier, Kris Bedka from NASA Langley Research Center estimated that the cloud tops producing the record cold were at around 19 km (12 miles).

Kammuri left a trail of destruction prior to its exit, killing at least 10, displacing over 200 000 people, and battering establishments and trees. It made its first landfall in Sorsogon on December 2 as an equivalent of a Category 4 hurricane.