Typhoon "Kammuri", locally called Tisoy, unleashed its wrath across the Philippines, leaving a trail of destruction as the strongest typhoon to hit the nation in 2019. As of December 3, four fatalities have been reported, over 225 000 have been evacuated from Bicol, Eastern Visayas, Calabarzon and Mimaropa. Many regions have been brutally battered by floods and strong winds.

According to weather bureau PAGASA's update on December 3 issued at 12:00 UTC, Kammuri maintains its strength as it moves westward over Mindoro strait. As of 11:00 UTC, the center was estimated at 145 km (90 miles) north of Coron, Palawan, moving west at 25 km/h (15 mph) packing maximum sustained winds of 130 km/h (81 mph) and gusts to 160 km/h (99 mph). Tropical Cyclone Signal #3 remains in several provinces in Luzon.

The violent typhoon made its first landfall in Sorsogon on December 2 at 15:00 UTC with winds of up to 209 km/h (130 mph), making it a Category 4 hurricane equivalent. The second landfall was in Masbate at 20:00 UTC, the third one in Marinduque at 20:30 UTC and the fourth on December 3 in Oriental Mindoro at 04:00 UTC.

As Kammuri lashed the affected areas, uprooted trees and fallen power towers can be seen everywhere, as well as ruined establishments and scattered debris. Albay's Legazpi airport, one of the major airports in the Bicol region, sustained severe damage along with SM City Legazpi.

Gubat disaster officer Luisito Mendoza said authorities were still assessing the damage in the town, but initial reports showed extensive devastation. "There is one place where water levels reached the roof. Our own personnel got hit by shattered glass," he said.

Widespread damage to the power grid all over SE Luzon after the region received a battering from #typhoon #Kammuri last night #Philippines #TisoyPH pic.twitter.com/ZuYFNXzVRB

Four fatalities have been reported from different provinces. Two of them were in Oriental Mindoro– the first victim was hit by a metal roof, while the second was hit by a fallen tree.

The third casualty was pinned down when branches fell in Zambales. The fourth one was electrocuted in Camarines Sur.

Different local government units have prepared for the typhoon ahead of time by forcing evacuations. Moreover, schools and local offices suspended classes and work respectively.

In Catanduanes, the Disaster Risk Reduction and Management Office (DRRMO) of the municipality of San Andres recorded a total of 4 024 evacuees from 953 families in 11 of 38 Barangays of San Andres as of December 2. The Provincial Government of Albay has also distributed relief goods to the evacuees.

APSEMO conducted clearing operations along roads in Libos, Oas, and Tiwi municipalities ahead of Kammuri's landfall in precaution of flooding and landslide threats.

Aside from LGUs, churches and gymnasiums in Legazpi and Leyte opened their doors to accommodate evacuees.

Kammuri will be located 375 km west of Subic, Zambales by December 4. On Thursday afternoon, December 5, the storm is expected to be outside the Philippine Area of Responsibility at 655 km west of Coron, Palawan. 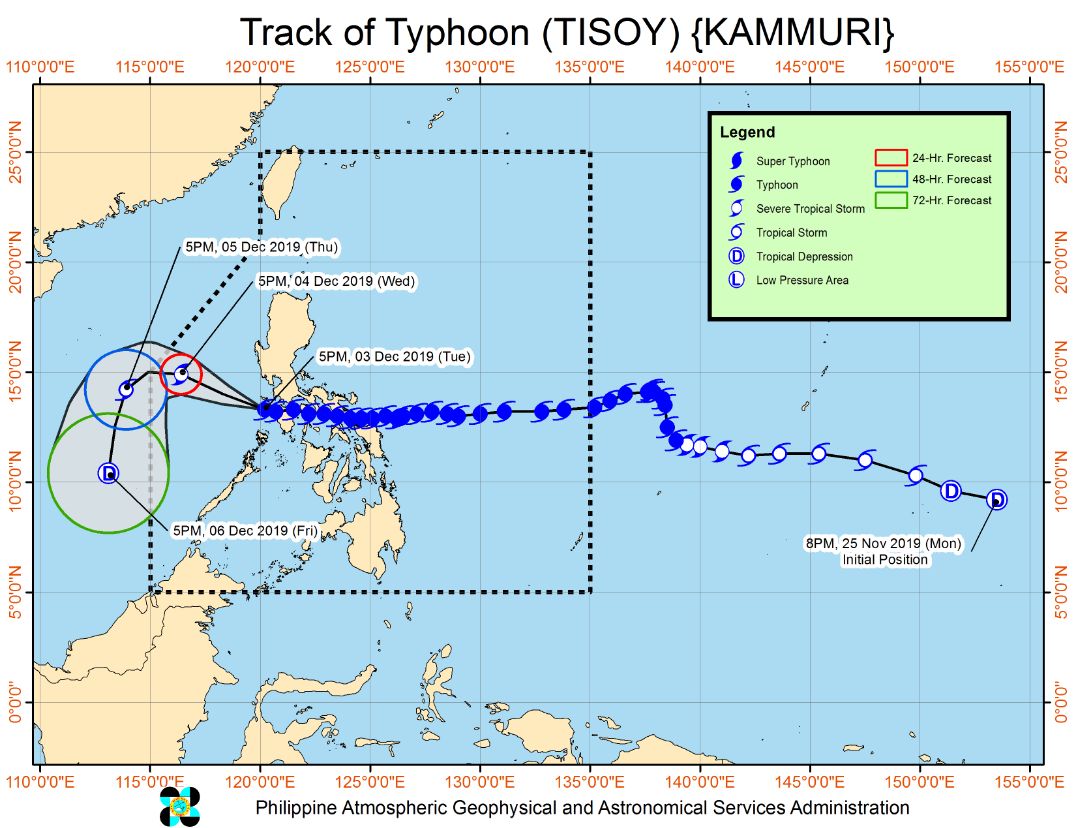 Between December 3 evening and December 4 morning, frequent to continuous heavy with isolated intense rains are forecast over Quezon and Rizal, said PAGASA.

"Gusty conditions may also be experienced in areas in Northern Luzon, especially in the coastal and mountainous zones, due to the Northeast Monsoon." 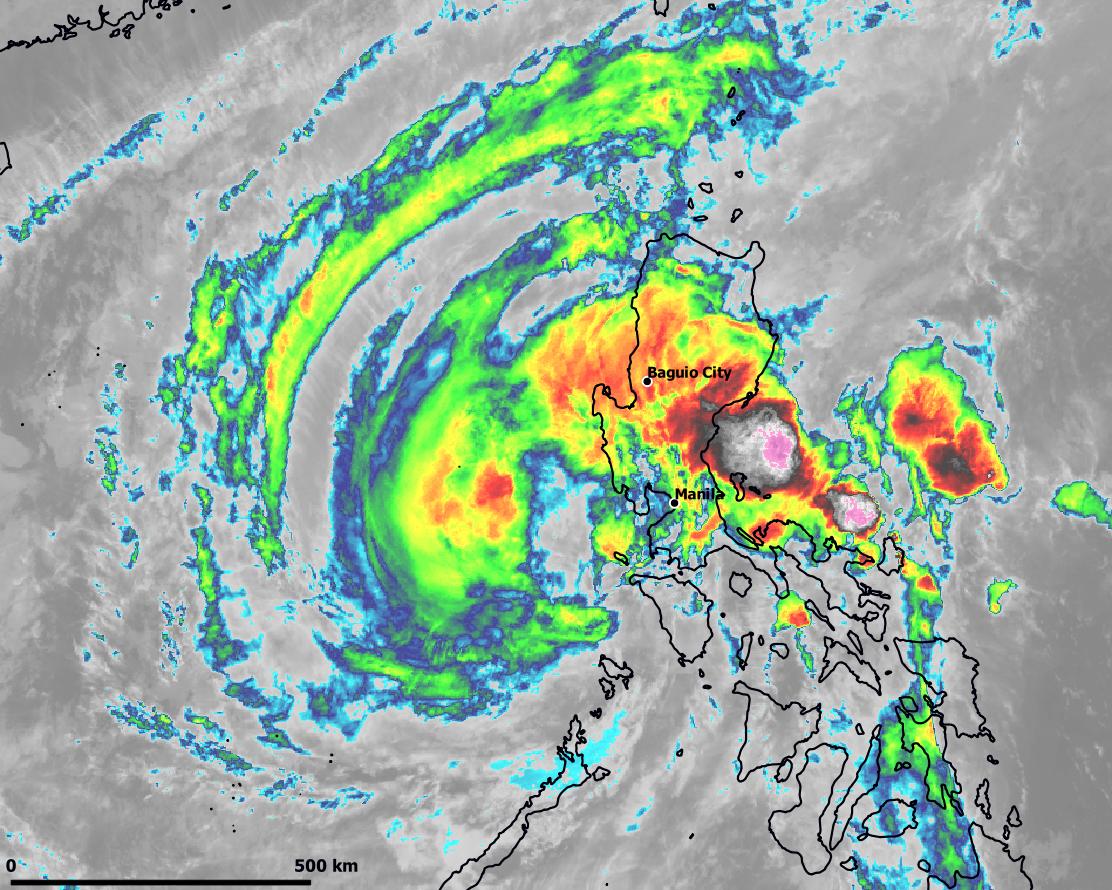 5 people died, including three who drowned, in the central Bicol region, and five more south of the capital.

392 domestic and 192 international flights were canceled due to bad weather.

A total of 3 330 passengers, 789 rolling cargoes, 28 vessels, and 34 motorbancas were reported stranded in different ports.

A total of 865 cities/municipalities declared the suspension of classes and 231 suspensions of work.