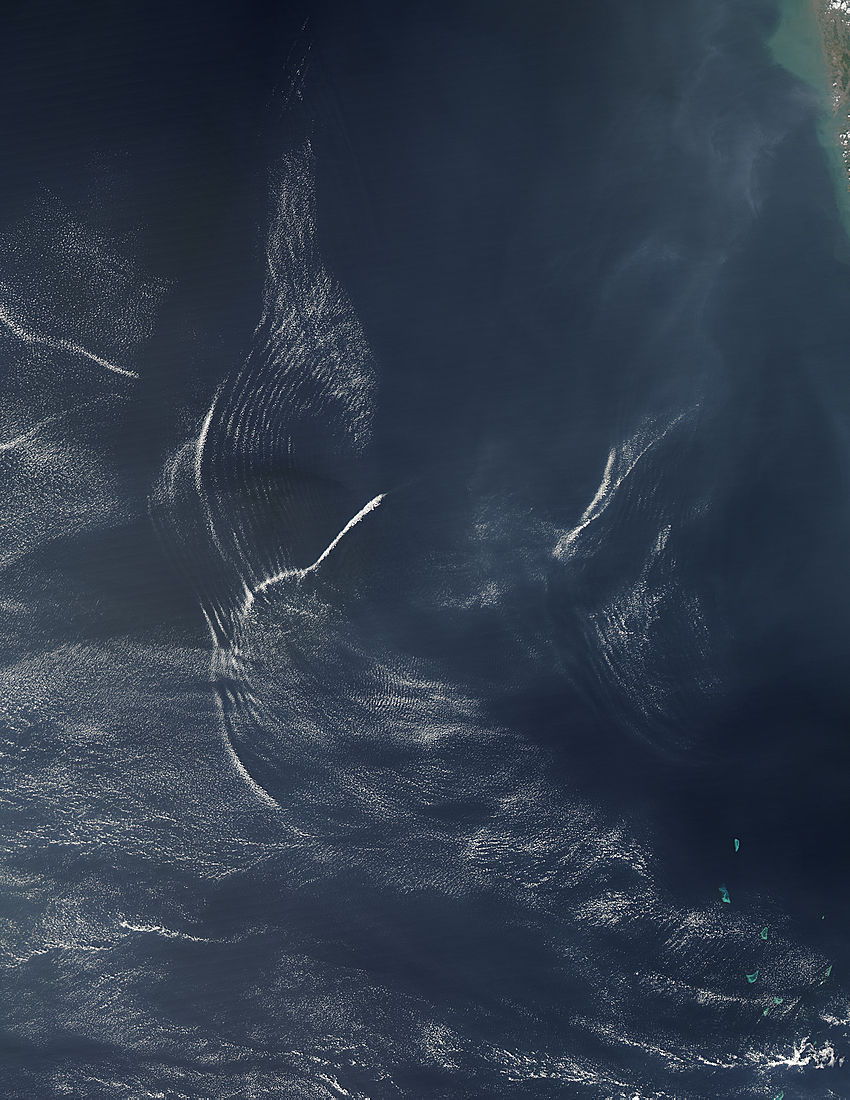 On November 15, 2011, the Moderate Resolution Imaging Spectroradiometer (MODIS) aboard the Aqua satellite passed over the Arabian Sea and captured this true-color image of a large-scale, overlapping wave pattern. The wave pattern is not caused by ocean waves, however. The pattern is the “impression” of atmospheric gravity waves on the surface of the ocean. 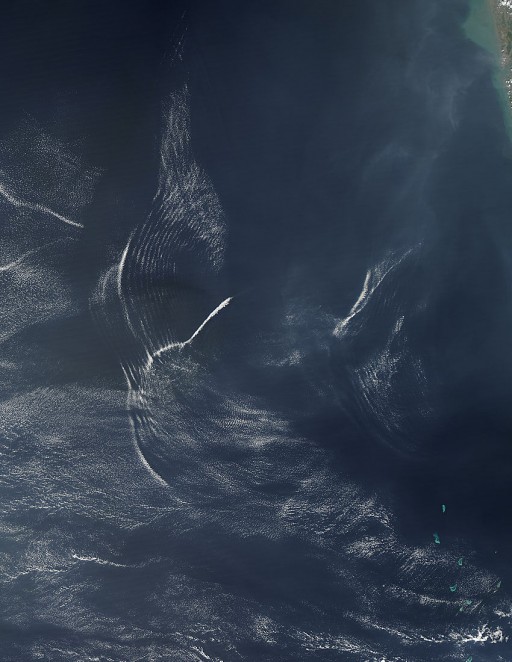 Gravity waves form in the atmosphere when there is a disturbance in the air layer, such as when lighter, warmer air moves upward and then gravity pulls it back down. This creates an oscillation, or wave pattern, that ripples outwards. In the trough of the wave (the low point), the air touches the surface of the ocean, causing the water to be roughened. The area between these troughs remains smooth.

This wave pattern on the water can be difficult to see, except in areas of sunglint, the area where the Sun’s rays reflect off the surface of the ocean at the same angle that a satellite sensor is viewing the surface. In this area, smooth ocean water becomes a silvery mirror, while rougher water reflects light more poorly, and appears dark. Gravity waves, therefore, can clearly be seen as bands of light and dark in the sunglint area.

The rising and falling air over the ocean doesn’t just affect the water below. When conditions are right, clouds will form on the crests of the rising waves of air, while the troughs remain cloud-free. In this image, the light-dark wave pattern in the clouds can be seen lying over a similar wave pattern on the ocean water, especially when viewed at higher resolution. (MODIS)