An atmospheric wave about half as wide as the Earth is supercharging noctilucent clouds (NLCs) in the southern hemisphere, with NASA's Aeronomy of Ice in the Mesosphere (AIM) spacecraft detecting the phenomenon in this series of south polar images from November 27 to December 2, 2019.

"This is a clear sign of planetary wave activity," said Hampton University's James Russell, an AIM principal investigator. Planetary waves are massive ripples of temperature and pressure that develop in the Earth's atmosphere, in response to Coriolis forces.

In this case, a five-day planetary wave is boosting noctilucent clouds over Antarctica, causing them to spin outward to latitudes where NLCs are not usually seen.

"I was enjoying the late-evening sky over the Southern Ocean just after 11 pm local time (12:00 UTC) when these wispy blue-ish clouds appeared. They looked like noctilucent clouds, which would make this a rare sighting for my latitude of 45S," he said. 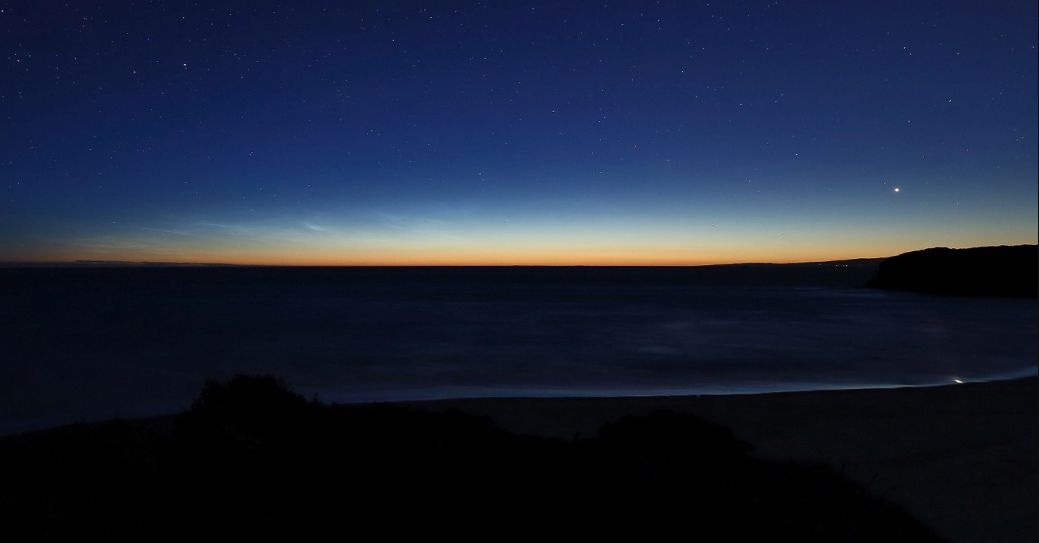 Spaceweather.com said it was indeed very rare as it was the first-ever submission of an NLC image from New Zealand.

Noctilucent clouds are not an unusual sight over Antarctica. Such clouds form every year around this season when the first wisps of summertime water vapor rise to the top of the planet's atmosphere. Molecules of H2O adhere to specks of meteor smoke, forming ice crystals 83 km (51 miles) above the Earth's surface.

These NLCs, however, are different as they are oddly strong and congregated in a coherent spinning mass. Lynn Harvey of the University of Colorado’s Laboratory for Atmospheric and Space Physics (LASP) and AIM science team member said the planetary wave is responsible for this.

"It is concentrating a mass of cold water vapor in the mesosphere and causing it to pinwheel counterclockwise around the South Pole," she said.

Harvey has been monitoring the moisture in data from NASA's Microwave Limb Sounder instruments.

Because the noctilucent clouds are spinning around with a five-day period, they could show up over New Zealand five days on December 6– five days after Harnisch saw them.

Spaceweather noted that such a forecast is very uncertain, "Nevertheless, skywatchers who wish to try should look west 30 to 60 minutes after sunset. If you see luminous blue-white tendrils hugging the horizon, you may have spotted a noctilucent cloud."