Rare noctilucent clouds (NLCs) put on a spectacular display over London, England, on June 21, 2020– during the summer solstice.

"Even the bright lights of the London Eye on the River Thames couldn’t drown out the display," said Phil Halper, a long-time NLC observer who took a stunning shot of the skies.

"These were the most spectacular NLCs I’ve ever seen."

Record-cold temperatures in the mesosphere are boosting NLCs, making them bright enough to be visible from places like London. 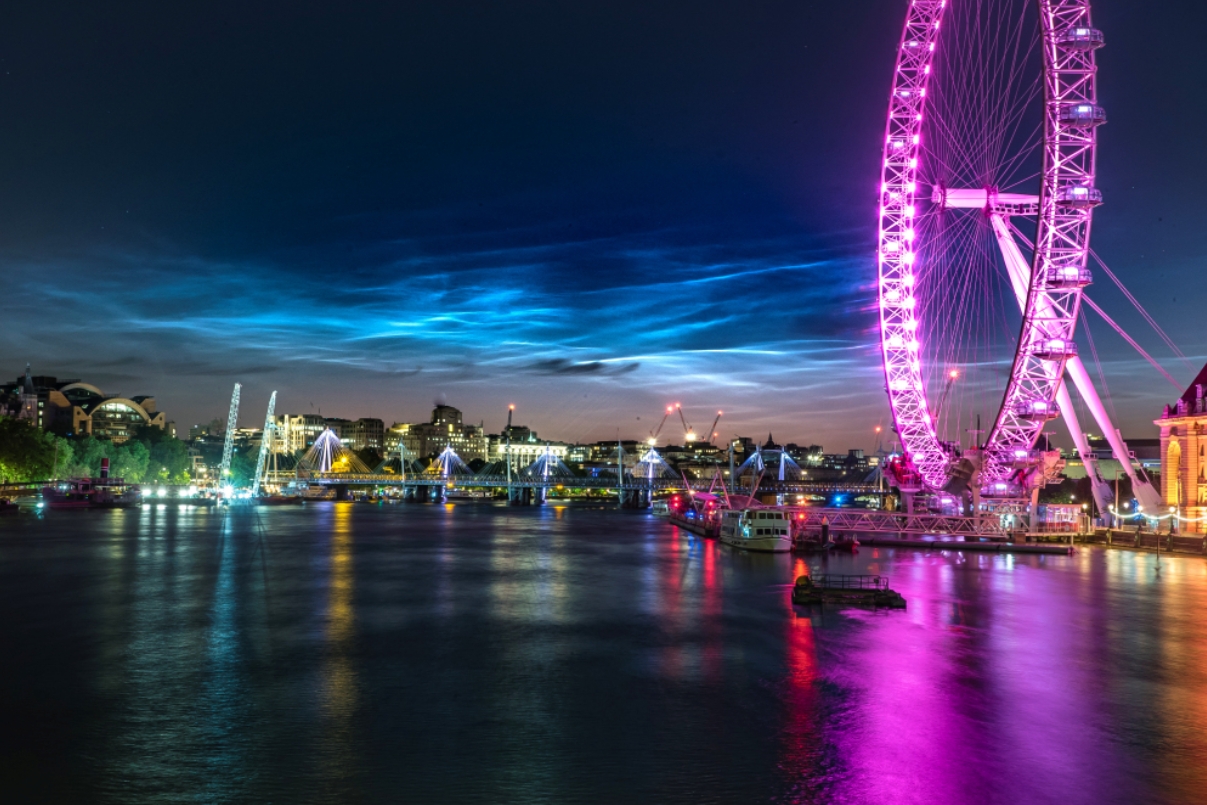 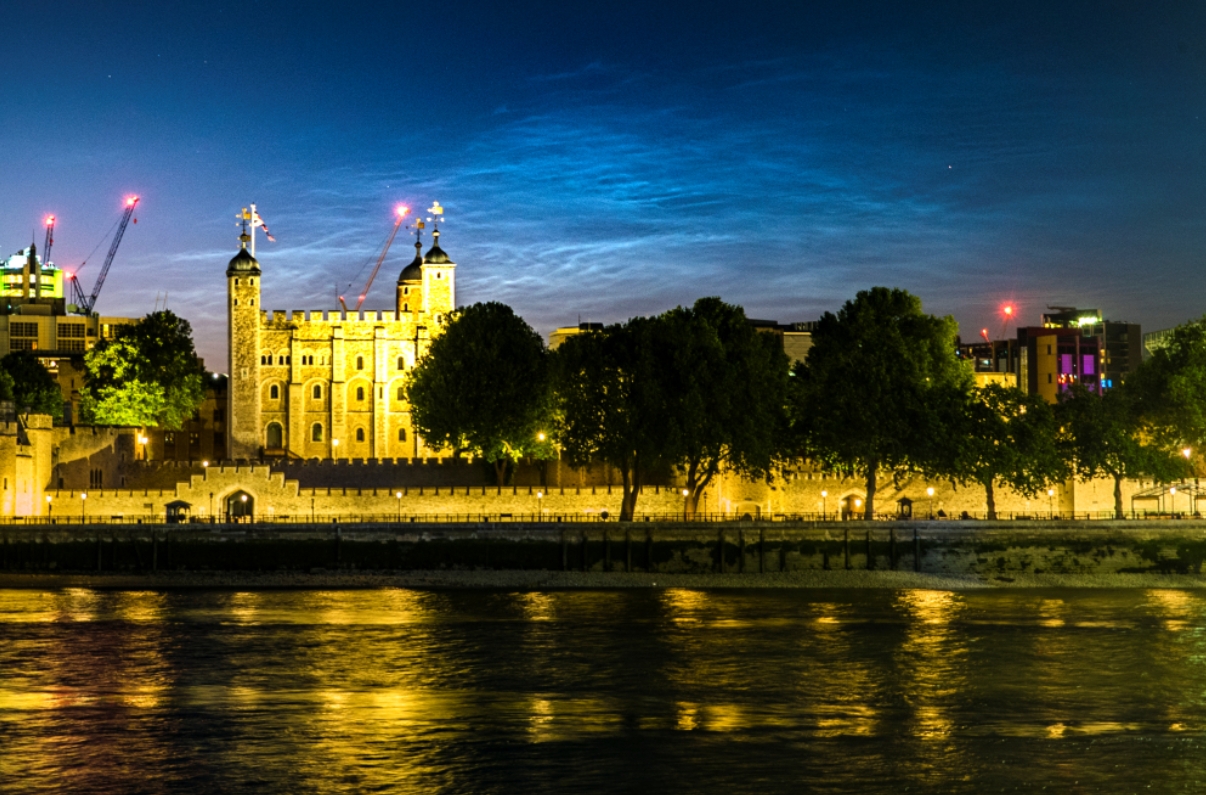 "I hired a bike and cycled from landmark to landmark, stopping at the London Eye, the Tower of London, Blackfriar’s Bridge, St. Paul’s Cathedral and Temple," Halper said.

"I had to hurry because there is only about one hour of night when the NLCs are visible."

He continued, "Alas, in the rush, I fell off my bike and I ended up in the hospital. But still, it was well worth it. I was thrilled to see this magical display."

Sky observers in Oregon were also able to witness the outbreak. 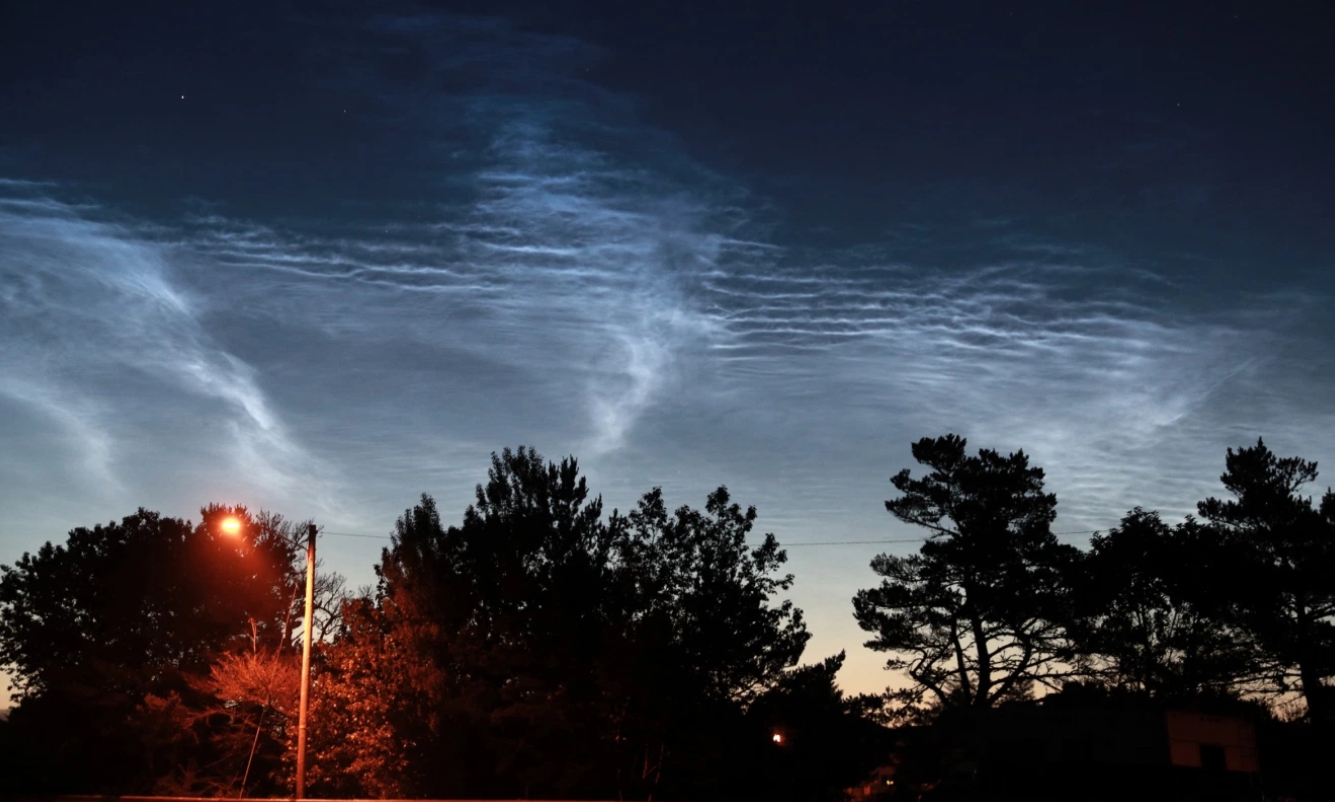 "The NLCs were incredibly intense on the morning of June 23rd," said James W. Young. "I was able to take this picture using just a 1/4-second exposure (ISO 800)."

The scenery over London is an indication that more intense NLCs might be on the way.