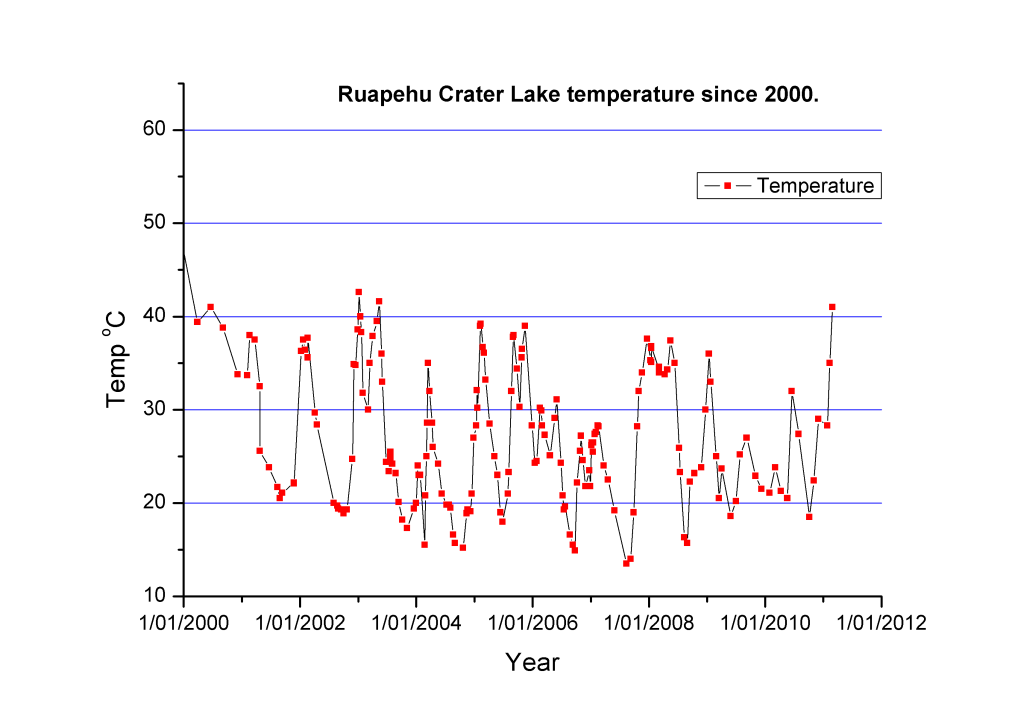 Mount Ruapehu's Crater Lake is heating up, but there are no signs an eruption is imminent. GNS Science volcanologists said today high water temperatures, currently about 38 °C – 39 °C, were being experienced in the lake.

GeoNet reports about changes that had also recently occurred in volcanic gas output, seismic activity, and Crater Lake water chemistry. These changes show that Ruapehu is experiencing signs of elevated unrest above known background levels. Hence the aviation color code is being raised to yellow. The four-tiered volcano alert level uses the terms normal, advisory, watch, and warning, with yellow being the advisory category.

The lake reached 41 °C on March 1. Since the lake was re-established in 2002, the highest recorded temperature was 42.5 °C in May 2003, and there have been eight heating cycles. The temperature of Crater Lake is a measure of the amount of volcanic heat coming from Ruapehu.

The volcanic alert level remains at level one, which means there are signs of volcanic unrest. During the current period of high lake temperatures there had also been changes in lake chemistry, increases in carbon dioxide gas emissions and minor increases in seismic activity beneath the volcano. These observations, particularly the seismic activity, have not been observed during previous periods of high lake temperature. They indicated that Ruapehu was experiencing a period of unrest above that which was typical.

While there were currently no indications an eruption was imminent, Ruapehu remained an active volcano and future eruptions may occur with little or no warning. (NZHerald) 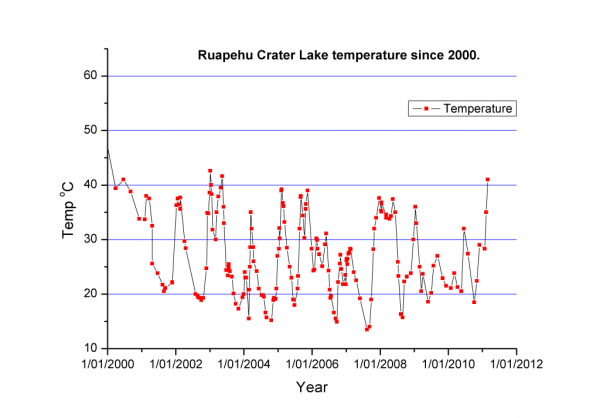 At 2797 m, Ruapehu is the highest mountain in the North Island, and the most recent of the North Island volcanoes to have erupted. Three summit craters have been active during the last 10,000 years including South Crater which contains the currently active vent. The active vent is filled by Crater Lake; water from this lake is frequently ejected on to the ice and snow during eruptions causing lahars.