The large image, which cover a much wider area, shows many more landslides, though clouds hide much of the region from view. The Advanced Land Imager (ALI) on NASA’s Earth Observing-1 (EO-1) satellite acquired the image on April 4, 2011. 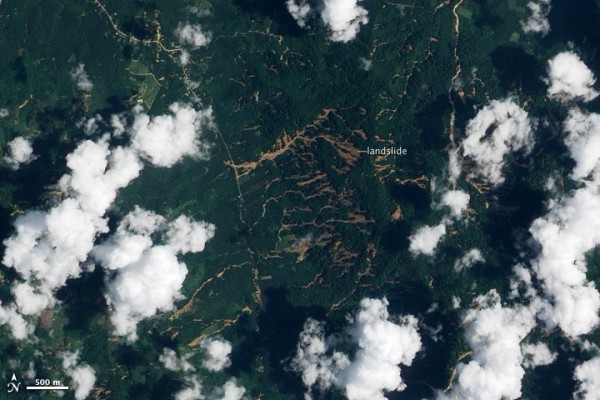 The slides occurred during more than a week of unseasonal heavy rain,during which more than 1,200 millimeters (47 inches) fell. The ensuing floods and landslides affected more than two million people and killed 53 in 11 Thai provinces, said news reports on April 5. One large slide (mostly under clouds immediately southeast of the area shown in the web image) buried a village of about 100 households. 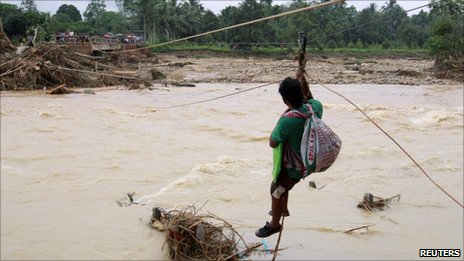 In Phunphin district in Surat Thani, Tha Rong Chang hospital was under a metre of floodwater, causing an evacuation of 80 patients to higher ground and prompting a helicopter airlift of two in serious condition to the Surat Thani general hospital. A field hospital has been set up near the obliterated village to provide firstaid treatment for minor injuries.

An Irrigation Department warning said heavy rain and subsequent flash floods were possible for the next few days in all nine affected provinces. The department's water drainage operations were continuing at full scale but flow to the sea outlets was slow because of widespread stagnant flooding. (EO) 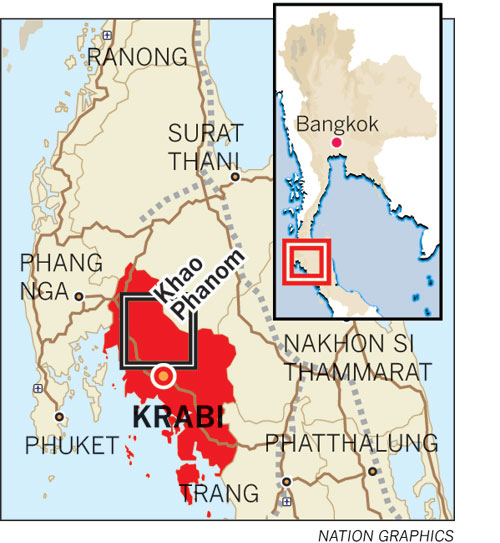 PM's Office Minister Satit Wongnongtaey said the heavy flooding had resulted in part from unauthorized rubber farming and illegal encroachment or establishments of resorts in forest areas. However, the main reason was excessive rainfall. His statement contradicted that of Deputy Prime Minister Suthep Thaugsuban, who dismissed unlawful misuse of land as a reason for the disaster.

"The average rainfall in certain areas is 1,000mm in an entire year, but the daily amount prior to the widespread flooding reached the same figure. The rain was non-stop in the first four days," Satit said.

Special shelters for pregnant women and those with young babies are being set up in affected areas, he said, adding that a donation campaign specifically for powdered milk, diapers, baby clothes and sanitary napkins would soon be launched.

The number of people affected by the floods, updated yesterday by the government's ad-hoc relief centre, has reached 2,009,134, from 581,085 households. Those evacuated number 40,981, including 35,651 in Surat Thani. Around one million rai of farmland is flooded and 20,000 crew members of fishing trawlers are affected. 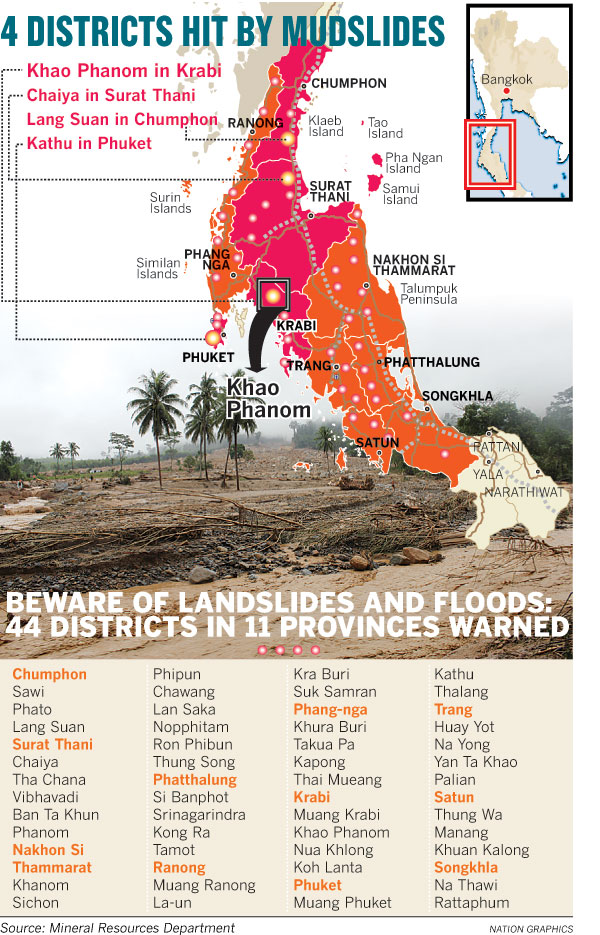