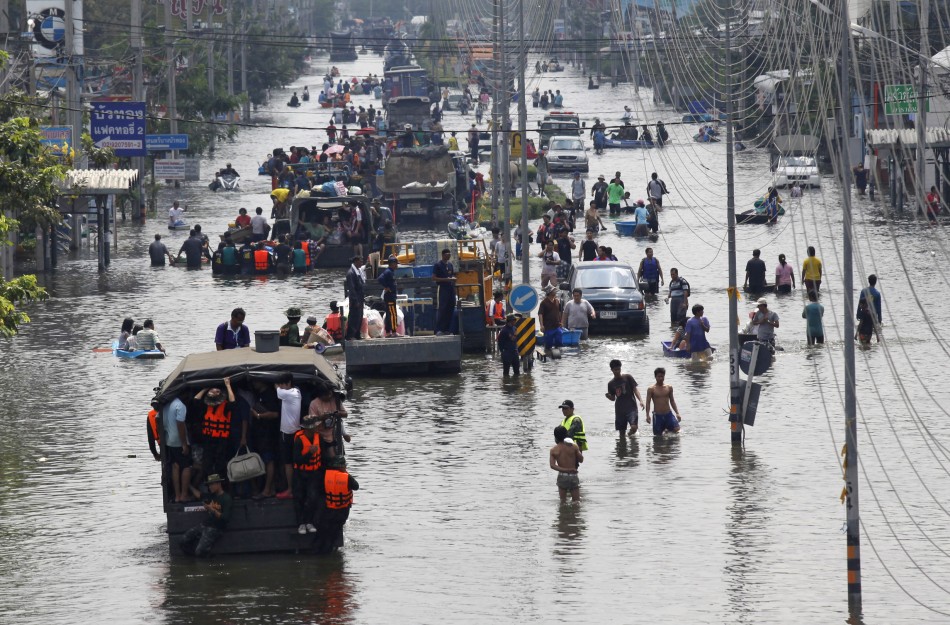 Thailand and Cambodia continued to cope with widespread flooding at the beginning of November 2011.  Barely discernible in 2008, Thailand’s Chao Phraya River and its tributaries have spilled onto floodplains in 2011. Meanwhile, in neighboring Cambodia, Tônlé Sab (Tonle Sap) and the Mekong River have soaked normally dry land. Rivers are also visibly swollen in eastern Thailand. 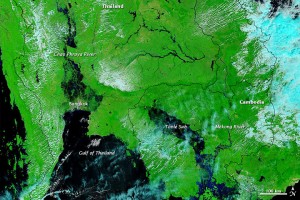 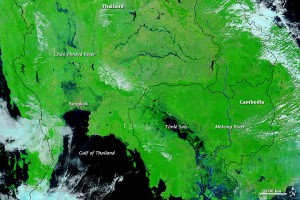 These images use a combination of visible and infrared light to better distinguish between water and land. Water ranges in color from electric blue to navy. Vegetation is green. Bare ground and urban areas are earth-toned. Clouds are pale blue-green.

Flooding plagued much of Southeast Asia in the 2011 monsoon season. Thailand, Cambodia, Burma (Myanmar), Vietnam, Laos, and the Philippines—which experienced heavy rainfall from intense tropical storms—suffered a collective death toll of more than 1,000, according to The Diplomat. More than 400 people had drowned in Thailand, and 250 people had perished in Cambodia. Besides the human toll, the floods swamped agricultural land. The United Nations warned that the inundated fields raised the possibility of food shortages. 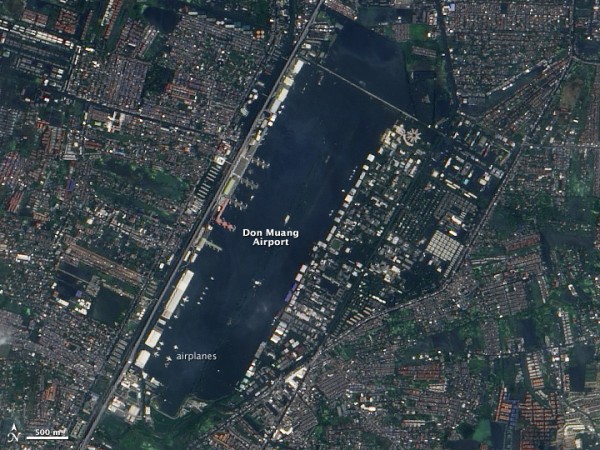 By November 1, Voice of America reported, many communities in Thailand had spent weeks under a meter (3 feet) or more of water, and floods had affected two-thirds of the country’s provinces. The threat of floods in Bangkok was growing. At the beginning of November, Bangkok Post reported, all 50 districts of the capital city were at risk of flooding. The Chao Phraya River flows through the city to the Gulf of Thailand, but high tides from the sea had pushed water up the river for three days, just when high water from floods threatened to overwhelm city canals.

Across the border, flood waters had transformed northeastern Cambodia into “a vast inland sea,” The Guardian reported. Stagnant water, and residents forced to live in close quarters with livestock, contributed to the disease toll. Dengue fever was on the rise, and doctors had diagnosed the first cases of cholera. (EarthObservatory) 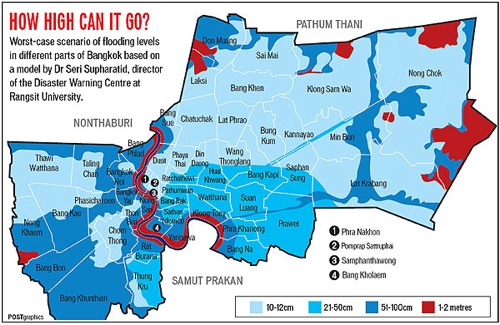