A geologist was brought in last week after cracks appeared at the top of the cliff at Porthkerry near Barry in South Wales.  But at about 8pm on Monday a 55 meters (60-yard) section collapsed. Witnesses said it sounded like fireworks going off.

There are more than 300 caravans on the park and some are occupied all year round.

A spokesman for Vale of Glamorgan Council said: ‘It is clearly a matter of concern and we are currently investigating. Our officers will assess the current site risks from this recent occurrence and advise the landowners of any remedial works that may be necessary.’

Dangling over a 200ft drop, these caravans were caught in a landslide that almost claimed a woman’s life. (DailyMail)

The council has adopted a 'Shoreline Management' plan for this section of the coast which suggests that any repairs to cliffs or the introduction of any built sea defences would be inappropriate, recommending instead, 'no active intervention. 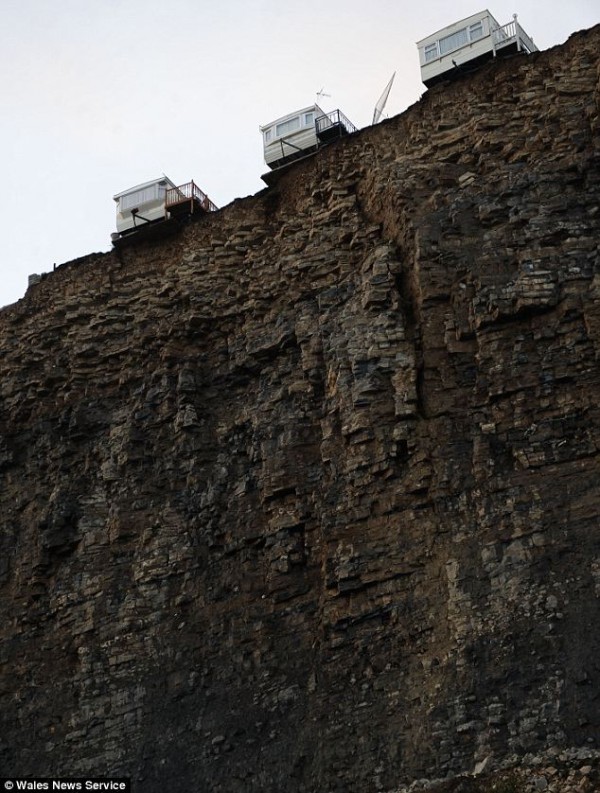 At least 8 people have been killed and several others critically injured in a series of car crashes on Interstate-15 near Kanosh, Utah on July 25, 2021. "It appears that 20 vehicles were involved in Sunday's crashes after high winds caused a sand or dust...

Volcanic unrest has increased at Whakaari/White Island, with sustained greater heat flow and volcanic gas changes, prompting GeoNet to raise the Volcanic Alert Level to Level 2 and the Aviation Color Code to Yellow. There is still uncertainty about what is driving...

A very bright fireball entered Earth's atmosphere over southern Norway at around 23:09 UTC on July 24, 2021 (01:09 LT, July 25). The event lasted for about 5 seconds before the object disintegrated in a series of flashes. ​A spokesperson for the Norwegian...

The latest in a month-long series of cold fronts to arrive in southwest Western Australia will bring a range of severe weather to the most populated regions within the state starting Monday, July 26, 2021. This front is expected to be windier than a typical front...

A massive landslide caused by heavy rains hit Kinnaur District in the Indian state of Himachal Pradesh on July 25, 2021, claiming the lives of 9 people and injuring 3. All of them were tourists from Delhi. Videos of the event show massive rocks tumbling down a...