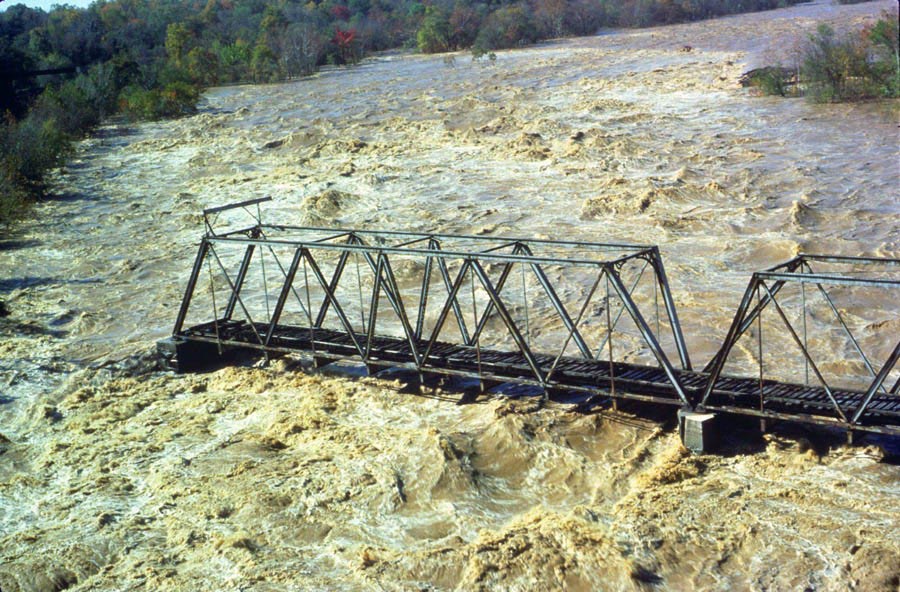 Midwestern snow continued melting, and Midwestern rivers continued rising in early April 2011. The Advanced Hydrological Prediction Service (AHPS) of the U.S. National Weather Service issued flood warnings for cities along the James River in South Dakota, including Huron, Forestburg, Mitchell, Scotland, and Yankton. The AHPS reported major flooding at all of those locations on April 5, as well as moderate flooding along the Big Sioux River to the east. 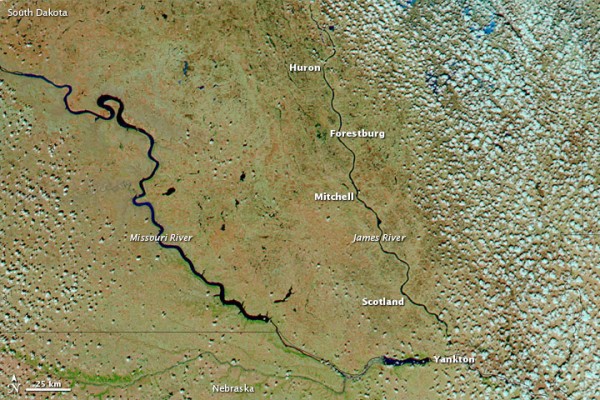 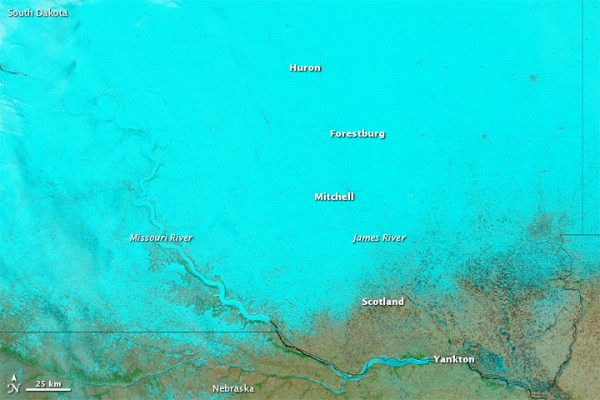 The Moderate Resolution Imaging Spectroradiometer (MODIS) on NASA’s Aqua satellite acquired these images on April 4, 2011 (top), and March 5, 2011 (bottom). Both images use a combination of infrared and visible light to increase the contrast between water and land. Snow is bright turquoise. Clouds are pale blue-green, and cast dark shadows. Water ranges in color from electric blue to navy. Vegetation is green, and bare ground is earth toned. 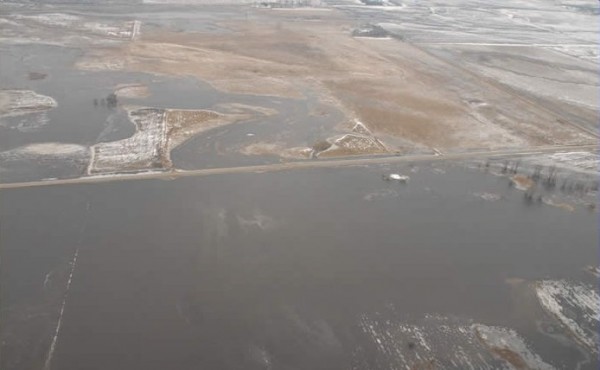 The most striking difference between March and April is the retreat of snow cover. Snow blankets most of the region on March 5, and very little snow remains a month later. The Missouri and James Rivers become much more conspicuous as spring progresses. In early March, the Missouri River appears mostly covered by ice while the James River is indistinguishable from the surrounding snow cover. A month later, both rivers are obvious, as are numerous small lakes. Partially obscured by clouds, standing water also appears in the northeast in early April (image upper right). While the Missouri River may give the appearance of being more swollen in the April 4 image, the AHPS flood warnings on April 5 pertained to the James River. (EO) 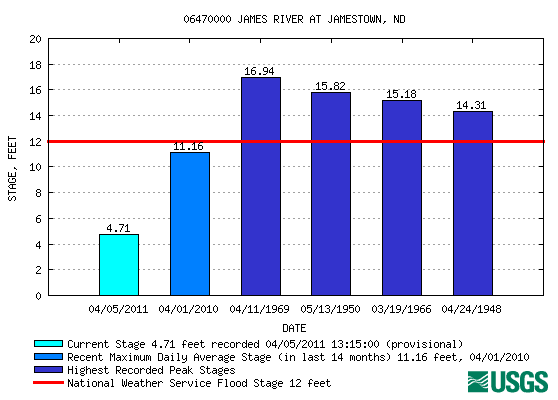