A rapidly developing low pressure system, named Storm Georgina by the UK Met Office, swept eastwards over northern Scotland on January 24, 2018, before moving out into the North Sea and Norway. Early analysis shows that a sting jet could have formed over the sea west of the Western Isles during the early hours of Wednesday. 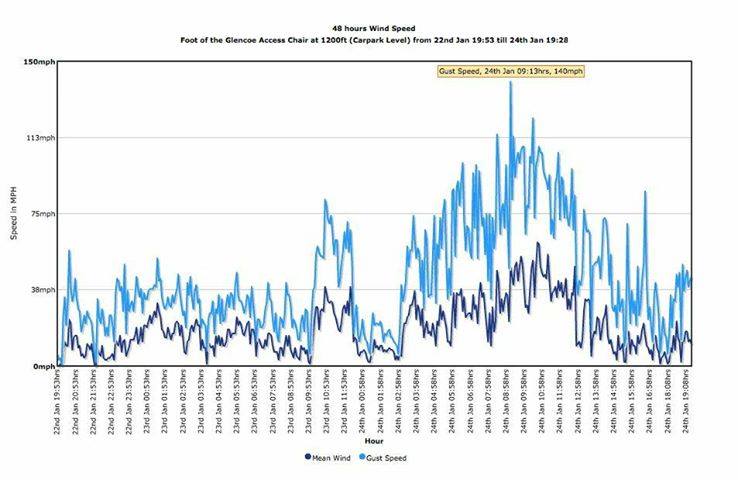 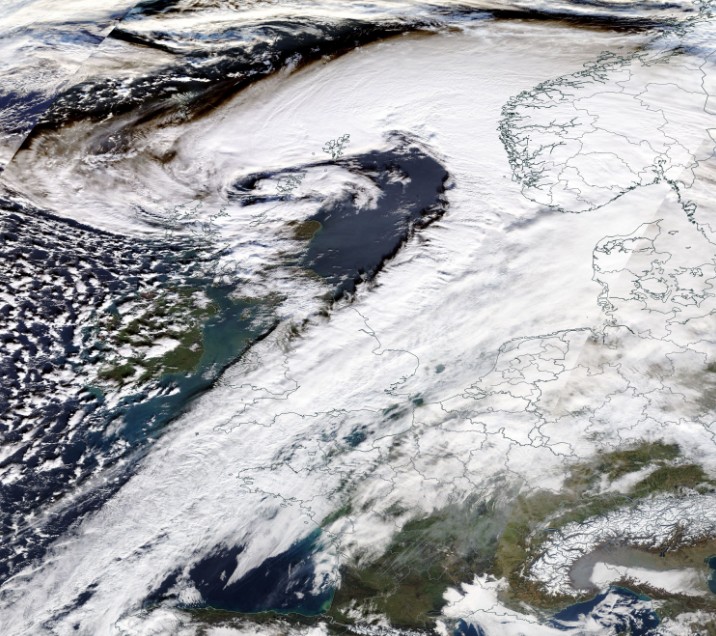 Rail services have been disrupted after a landslide buried tracks near Kirkconnel in Dumfries and another between Glasgow and Edinburgh.

Latest photos from the Whitesands in #Dumfries.

Whitesands remains closed due to the flood water. #DGRoads pic.twitter.com/TRILaM0ke9

According to the UK Met Office, an early analysis shows that a sting jet could have formed over the sea west of the Western Isles in the early hours of Wednesday morning. Sting jets can cause very high wind speeds in a concentrated area and occur when air rapidly descends from high in the atmosphere. Sting jets have been observed in past storms including Storm Doris of February 2017 and the 1987 Great Storm.

The country is now bracing for a cold plunge with temperatures dropping to -4 °C (24.8 °F) and even snow in the 24 hours after the storm.

Georgina is the 7th named storm to hit the UK this season, 8th if we count Ex-Hurricane Ophelia.