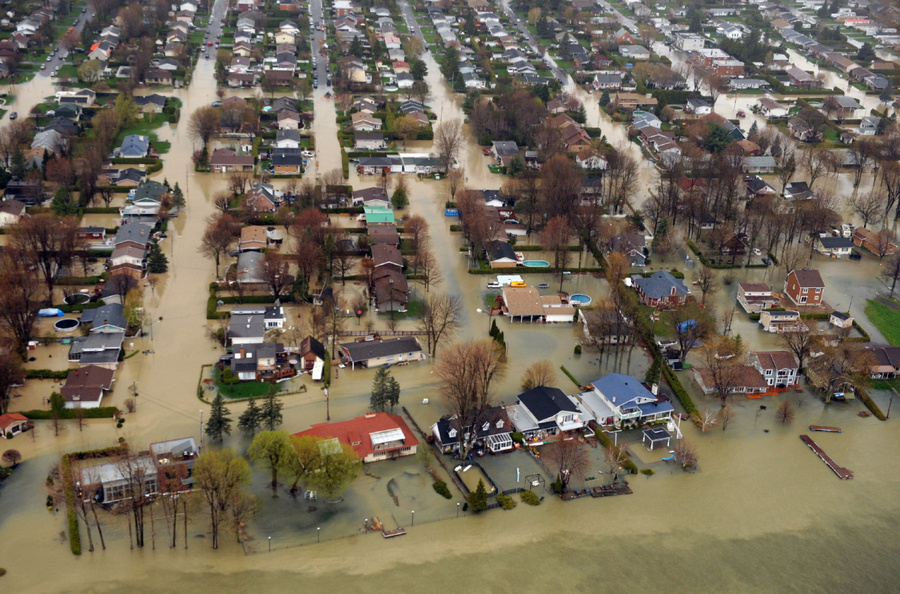 Flooding affected areas on either side of the United States-Canada border in late May 2011. Along the Vermont-New York border, Lake Champlain was at major flood stage, according to the Advanced Hydrological Prediction Service (AHPS) of the U.S. National Weather Service. Water levels were also unusually high in Lac St-Pierre, and the St. Lawrence and Richelieu Rivers in Quebec. 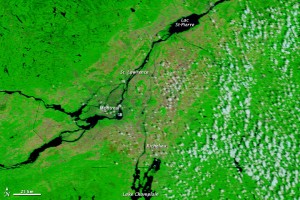 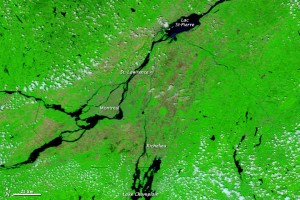 The Moderate Resolution Imaging Spectroradiometer (MODIS) on NASA’s Terra satellite acquired the right image on May 30, 2011. For comparison, the left image shows the same region a little over a year earlier, on May 26, 2010. Both images use a combination of infrared and visible light to increase the contrast between water and land. Water is navy blue. Vegetation is green. Bare ground is earth-toned. Clouds are pale blue-green and cast shadows. 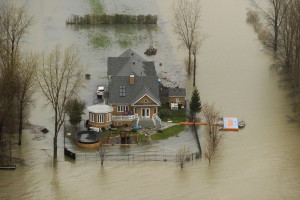 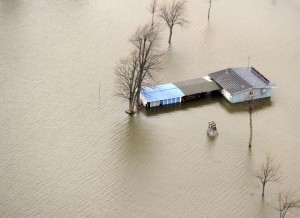 Compared to one year earlier, water is visibly higher in Lac St-Pierre, and along parts of the St. Lawrence River to the southwest. The Richelieu River has also widened in 2011, and higher water is apparent in Lake Champlain. The AHPS reported that Lake Champlain reached its highest recorded level at Rouses Point, 103.2 feet (31.5 meters) on May 6, 2011. As of May 31, 2011, the water level was less than a foot down from its historic crest. (EarthObservatory) 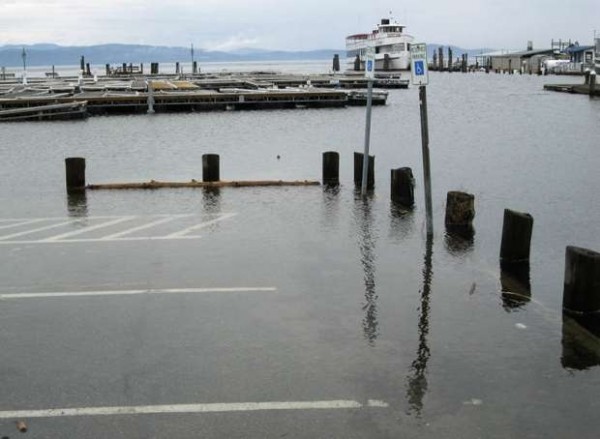