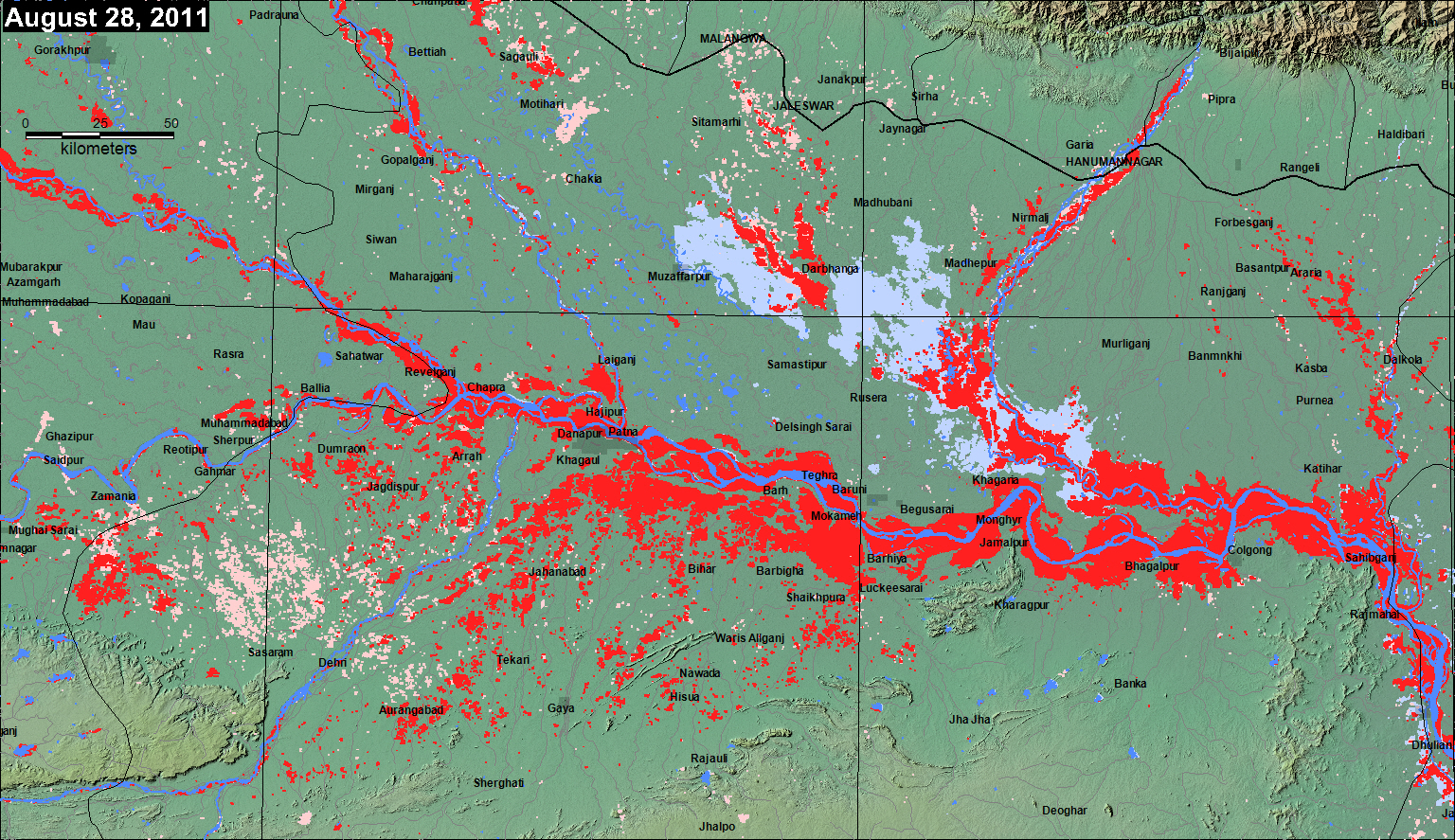 After two years of drought, the Kosi and Ganges rivers are rising rapidly. Flood water has already entered over 1 000 villages in Bihar forcing people to abandon their homes. All the inundated villages are in flood-prone districts of Bhagalpur, Muzaffarpur, Gopalganj, Araria, Purnia, Saharsa, Darbhanga, Madhepura and Bagaha, officials said.

According to the Central Water Commission, the water level in Ganges crossed the red mark at several places. Similarly, the Kosi was flowing above the danger mark and Mahananda at other places. Officials said that after two consecutive years of drought, the fear of a major flood was back in Bihar with incessant rains and heavy water discharge into the Kosi river from Nepal. Five teams of the National Disaster Response Force (NDRF) have been deployed in five flood-hit districts.

Reports suggests that hundreds of people have been asked to shift to safer areas by the authorities. In 2008, over three million people were rendered homeless in Bihar when the Kosi river breached its bank upstream in Nepal and changed its course. It was said to be the worst flood in the state in the last 50 years. (HindustanTimes) 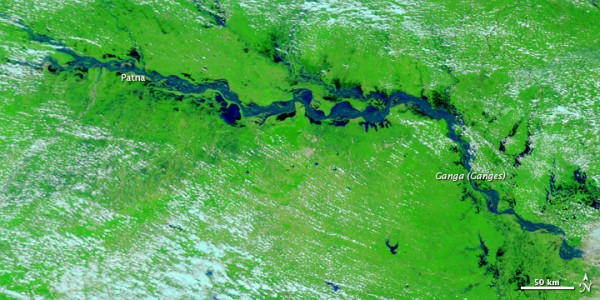 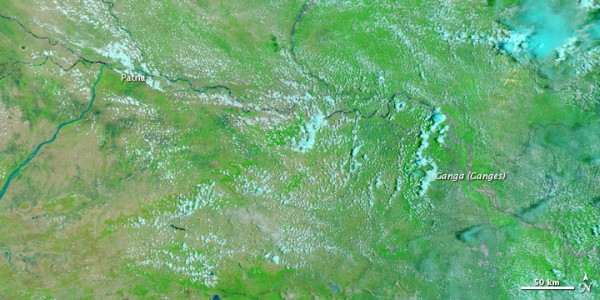 The Moderate Resolution Imaging Spectroradiometer (MODIS) on NASA’s Terra satellite captured these images of a stretch of the Ganges around Patna on August 30, 2011 (top), and June 23, 2011 (bottom). These images use a combination of infrared and visible light to increase contrast between water and land. Water ranges in color from electric blue to navy. Vegetation is green. Clouds are pale blue-green.

Water often rises along the Ganga during monsoon season, which typically lasts from June to August. In August 2011, however, waters rose high enough to pass the danger mark in multiple locations. In the image from August, the swollen river has spilled onto floodplains to the north and south. The Indo-Asian News Service reported widespread damage to crops as well as many destroyed homes. (EarthObservatory)