Satellite measurements show we are heading for another year of below-average ice cover in the Arctic. As sea ice melts during the summer months, two major shipping routes have opened in the Arctic Ocean.

In 2008 satellites saw that the Northwest Passage and the Northern Sea Route were open simultaneously for the first time since satellite measurements began in the 1970s – and now it has happened again.

While the Northern Sea Route above Russia (also known as the Northeast Passage) has been open to shipping traffic since mid-August, recent satellite data show that the most direct course in the Northwest Passage now appears to be navigable as well.

Located in the Canadian Arctic Archipelago, the Northwest Passage can be a short cut for shipping between Europe and Asia – but with the opening of the sea route comes the potential for both sovereignty claims and marine species migration across the Arctic Ocean.

Weather patterns have been different this year, but the early opening of the passages indicates that we could be about to hit a new record low in ice cover.

The minimum ice extent is still three to four weeks away, and a lot depends on the weather conditions over the Arctic during those weeks. Whether we reach an absolute minimum or not, this year again confirms that we are in a new regime with substantially less summer ice than before.

The last five summers are the five minimum ice extent summers on record.

Every year, the Arctic Ocean experiences the formation and then melting of vast amounts of floating ice, but the rate of overall loss has accelerated.

During the last 30 years, satellites observing the Arctic have witnessed reductions in the minimum ice extent at the end of summer from around 8 million sq km in the early 1980s to the historic minimum of less than 4.24 million sq km in 2007.

Before the advent of satellites, obtaining measurements of sea ice was difficult: the Arctic is both inaccessible and prone to long periods of bad weather and extended darkness.

Radars on Earth observation satellites such as ESA’s Envisat are particularly suited to monitoring polar regions because they can acquire images through clouds and darkness. In the coming weeks, ESA will continue to monitor the situation in the Arctic with its Envisat, CryoSat and SMOS satellites. (ESA)

The World Meteorological Organization (WMO) definition of open water is "a large area of freely navigable water in which sea ice is present in concentrations less than 1/10th ice concentration." 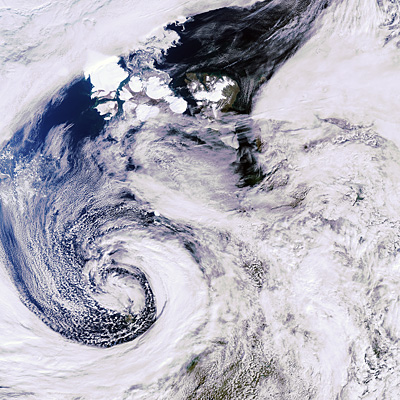 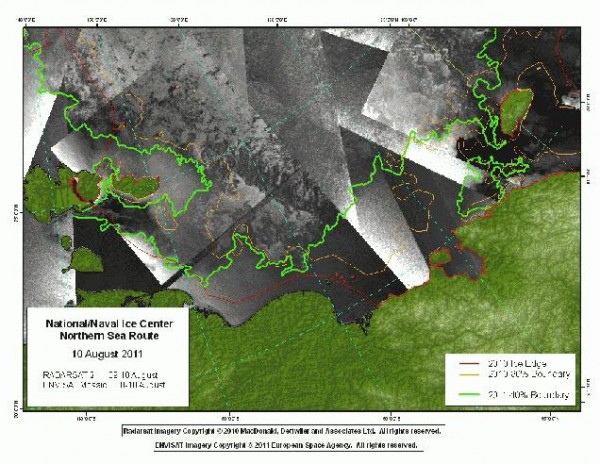 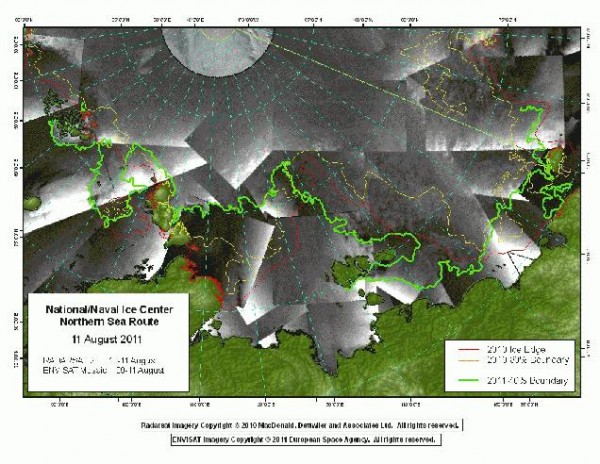