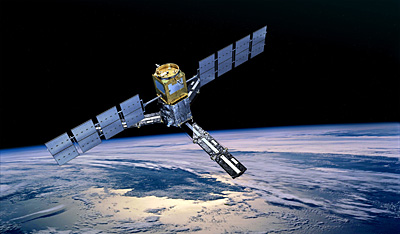 As reported earlier this year, Arctic sea ice is thawing at an unprecedented rate. News is perturbing, provided that heat exchange between sea and atmosphere is largely influenced by sea ice. Thermal flux, the rate at which heat energy transfers, can change depending on the sea-ice thickness and the air temperature. Atmospheric circulation is also being affected at mid-latitudes because of changes in sea-ice extent. Satellites have observed extent of the Arctic sea ice since 1970s, which is now record low. Considering this, ESA is utilizing its SMOS (Soil Moisture and Ocean Salinity mission) and CryoSat Earth explorer satellites to measure volume of sea-ice cover.

ESA’s Soil Moisture and Ocean Salinity (SMOS) mission, which was not designed to observe sea ice; is providing data essential for such observation. Measurements by SMOS suggest that ice has thinned significantly in the seasonal ice zones, with extensive areas less than half a metre thick. The results reveal that radiation emitted by the ice allows SMOS to penetrate the surface, yielding ice-thickness measurements down to 50 cm – mainly the thinner and younger ice at the edge of the Arctic Ocean. This allows improved evaluation of the volume of the young ice, which is the basis of old ice in subsequent years. Thick, multi-year ice indicates the health of the Arctic sea-ice cover.

Animation of sea-ice thickness measured by SMOS in the Arctic and Antarctic. Arctic sea ice is significantly thinner in February 2012 than in February 2011. This year, the Arctic experienced a record low of sea-ice extent since satellite measurements began in the 1970s. Credits : Planetary Visions

Lars Kaleschke from the University of Hamburg’s Center for Earth System Research and Sustainability said,

“The amount of thin ice expected during the next freeze-up is about 12 million sq km, covering a larger part of the Arctic Ocean than ever before. The thick ice that has survived the summer, however, covers only 2.2 million sq km.”

SMOS covers the entire Arctic Ocean on a daily basis, though with a lower resolution at 35×35 sq km per pixel. For a more detailed look at thick sea ice and ice shield thickness, ESA’s dedicated ice mission, CryoSat, uses a different technique and higher resolution along its ground track – about 300 m. Earlier this year, the first seasonal variation map of Arctic sea-ice thickness from CryoSat was revealed. It was the first map of its kind generated using data from a radar altimeter and at such a high-resolution. 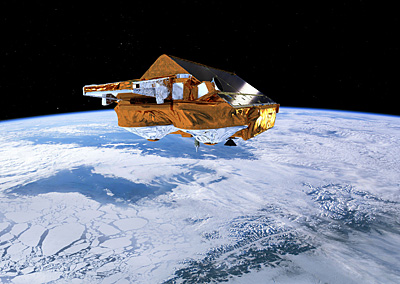 As  freeze-up is now in progress, CryoSat has resumed measuring winter sea ice in the Arctic. Over the coming months, CryoSat data will reveal the effect of this summer’s record minimum on sea-ice thickness and volume. Daily SMOS data on thin ice combined with very detailed measurements from CryoSat provides a unique monitoring capability of the volume of polar ice. It is important to keep a close watch on the Arctic because this inaccessible and very sensitive ecosystem is rapidly changing. Arctic ice depletion has a major effect on the northern hemisphere.

ESA will continue to monitor the Arctic with the upcoming Sentinel series of Earth-observing satellites for Europe’s Global Monitoring for Environment and Security (GMES) programme. The new sea ice thickness results are part of SMOSIce project funded by the ESA’s Support To Science Element (STSE).

The Soil Moisture and Ocean Salinity (SMOS) mission makes global observations of soil moisture over Earth’s landmasses and salinity over the oceans. Variations in soil moisture and ocean salinity are consequences of the continuous exchange of water between the oceans, the atmosphere and the land – Earth’s water cycle.