The average extent of sea ice in the Arctic has begun shrinking and will probably reach its minimum extent sometime in mid-September. Arctic sea ice reached this year's maximum extent on March 15 at 15.13 million square kilometers (5.84 million square miles). 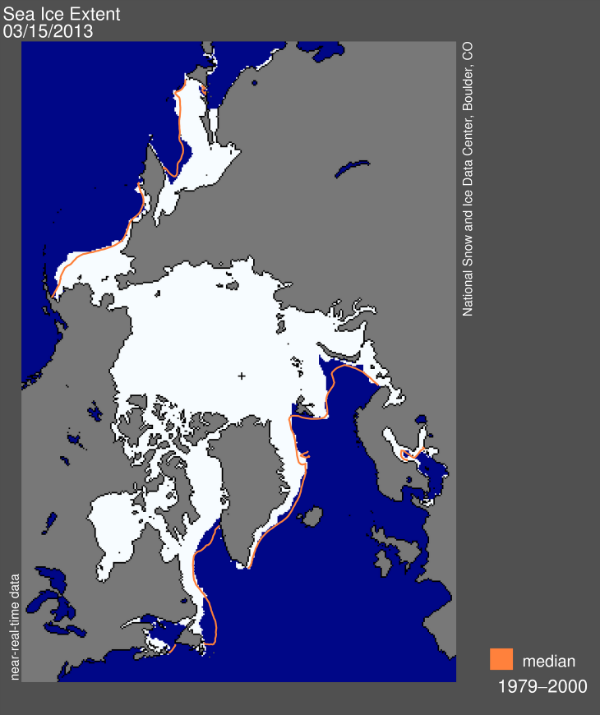 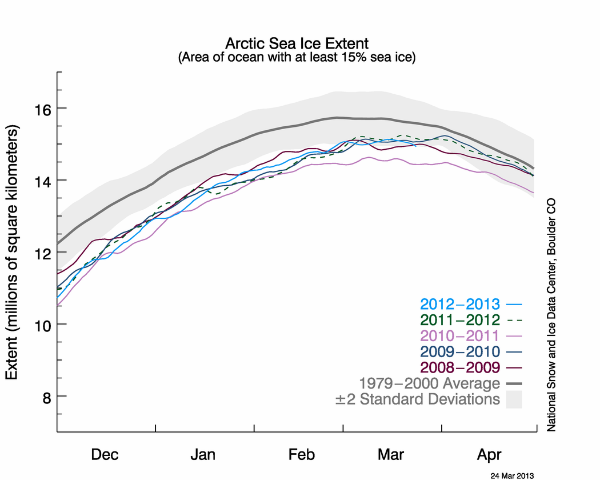 NSIDC will release a full analysis of the winter season in early April, once monthly data are available for March.

Featured image: The satellite-based measurement of the sea ice extent on March 15, 2013. The orange line indicates the median extent for the period 1979-2000. (Credit: NSIDC)