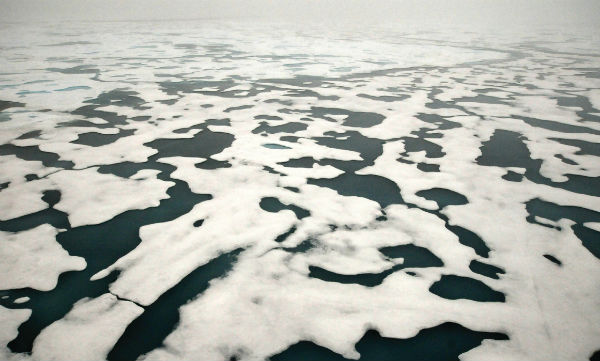 The Arctic Report Card is tracking recent environmental changes, with 20 essays on different aspects of the environment. The Arctic Report Cards produced by the National Oceanic and Atmospheric Administration (NOAA) are a source of reliable and brief information on the current state of the Arctic environment. It is created by an international team of 141 scientists from 15 different countries, with an independent peer-review organized by the Arctic Monitoring and Assessment Programme of the Arctic Council.

The Arctic Report Card considers a wide range of environmental observations throughout the Arctic, and is updated annually. A major finding of the Report Card 2012 is that numerous record-setting melting events occurred through Arctic. New records were set for sea ice extent, terrestrial snow extent, melting at the surface of the Greenland ice sheet, and permafrost temperature. Scientists point that it is very likely that major changes will continue to occur in the Arctic in years to come, particularly in the face of projections that indicate continued global warming. 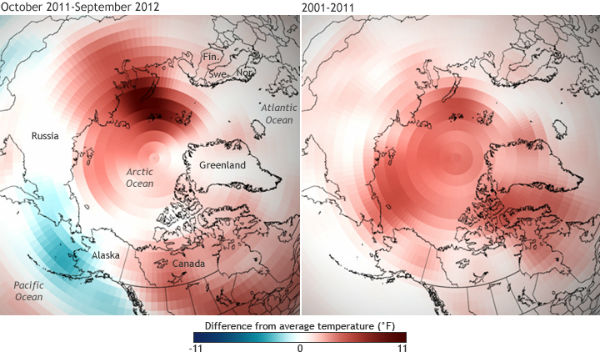 Major findings of this year’s report

The impacts of a persistent warming trend began over 30 years ago and its seriously affecting climate and ecosystems. Changes in the sea ice cover, snow cover, glaciers and Greenland ice sheet all conspire to reduce the overall surface reflectivity of the region in the summer, when the sun is ever-present, meaning that bright, white surfaces that reflect summer sunlight are being replaced by darker surfaces like ocean and land, which absorb sunlight. These conditions increase the capacity to store heat within the Arctic system, which enables more melting – a positive feedback.

A second key point in Report Card 2012 is that changes in the Arctic marine environment are affecting the foundation of the food web in both the terrestrial and marine ecosystems. While more difficult to discern, there are also observations that confirm the inevitable impacts these changes have on a wide range of higher-trophic Arctic and migratory species. Motivated by these linkages and the record-setting environmental changes in the Arctic region, a number of new programs are underway to more effectively measure, monitor and document changes in the marine and terrestrial ecosystems. 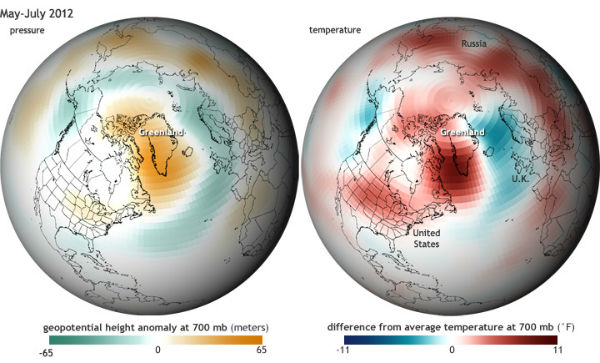 Surface temperatures in the Arctic were much warmer than average for the first decade of the 21st century. Highlights of the Report Card along with other visualizations can be found on Climate.gov.

Protection of the Arctic Marine Environment