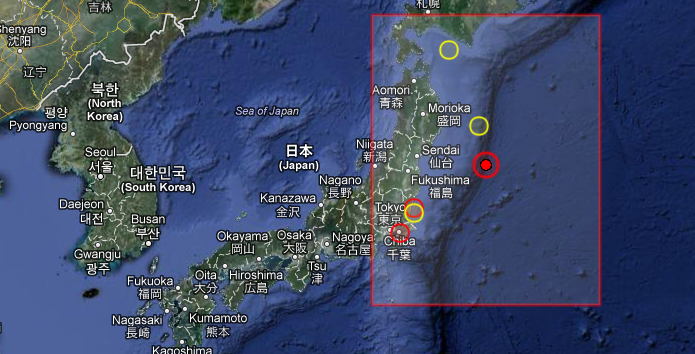 A tsunami warning was issued for the coast of Miyagi Prefecture in northeastern Japan, which was hit by a devastating earthquake and tsunami in March 2011. The tsunami could be as high as six feet (1.82 m).

The mainshock is being followed by multiple strong aftershocks which go above M 6.

Shortly before the earthquake struck, NHK broke off regular programming to warn that a strong quake was due to hit. Afterward, the announcer repeatedly urged all near the coast to flee to higher ground.

More than an hour after the quake struck, an unnamed official from the Japan Meteorological Agency, speaking on national television, continued to warn people to stay away from the coast.

Immediately following the quake, there were no problems at any of the nuclear plants operated by Fukushima Dai-Ichi operator Tokyo Electric Power Co, a TEPCO spokesman, Takeo Iwamoto, said.

The two jets that were in the air went to other airports and all seven flights scheduled to go to Sendai for the day were cancelled, he said.

Important update 11:20 UTC:  All Tsunami Warnings/Advisories have been cancelled. 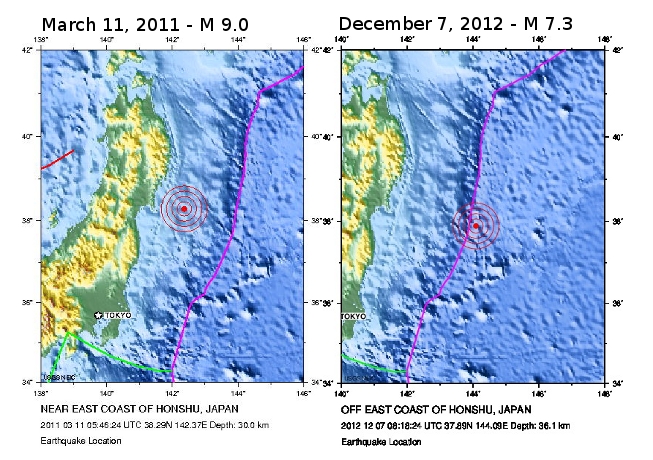 A notice to help our friends at Earthquake-report.com:

Our account @Quake_Tracker was suspended by Twitter. It has now being reopened after our Oath that we will not do anything wrong again.  What? It is not our fault that a major earthquake has occurred in Japan.

The @Quake_Tracker4 remains suspended and we are requesting your help in sending twitter a notice in support of us. Thank you.